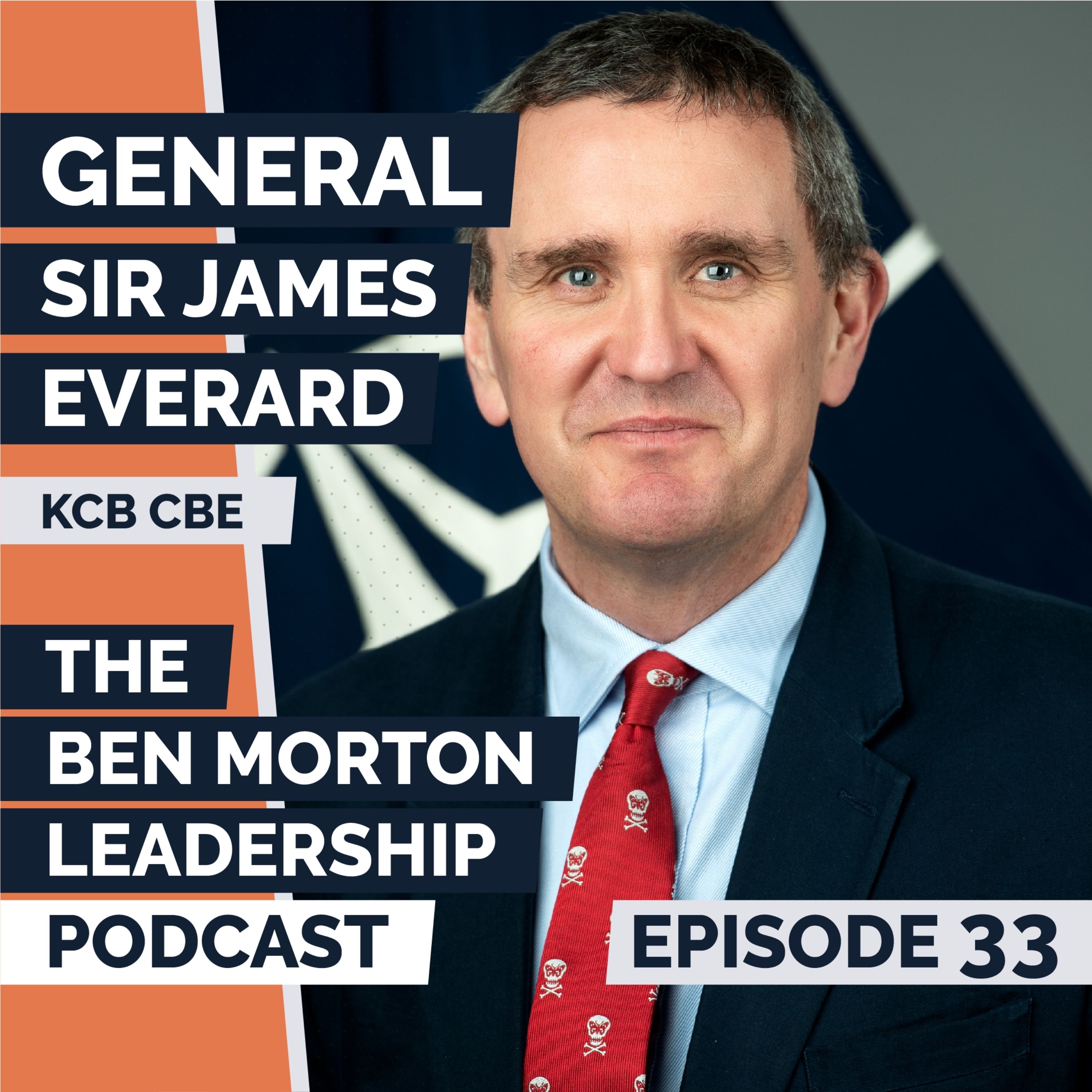 In this episode we are joined by General Sir James Everard KCB, OBE. He became a commissioned officer in the British Army in 1983 and joined the 17th/21st Lancers and has extensive operational experience having commanded at every level in the British Army, including the Queen’s Royal Lancers, 20th Armoured Brigade, 3rd(UK) Division and the UK Field Army.

He served in the UK Liaison Officer at the Pentagon as One-Star General, at the UK Ministry of Defence as the Assistant Chief of the General Staff, as Two-Star General,  and as the Deputy Chief of the Defence Staff (Military Strategy & Operations Three-Star General). His final appointment was as Deputy Supreme Allied Commander Europe.

James recently took up the appointment of Lead Senior Mentor for NATO Allied Command Operations in January 2021, where along with the The Senior Mentors, he provides high-level coaching, advice and support to NATO Commanders.

This is a truly fascinating episode not least because James’ experience ranges from leading 11 soldier soldiers and 3 tanks to 10’s of thousands of troops and having influence over millions in his final role.

We unpack leadership transitions, operating in a VUCA world, discipline, high performing teams and the importance of happiness, which I didn’t expect a retired General to mention!

If you enjoyed this episode:

I recommend episode 57 with General David Petraeus, a Former Senior Officer in the US Military, where he went on to be director of the CIA. In the episode he talks about getting things done in complex, fast moving environments. You can find the episode here: https://www.ben-morton.com/general-david-petraeus-strategic-leadership-big-ideas/