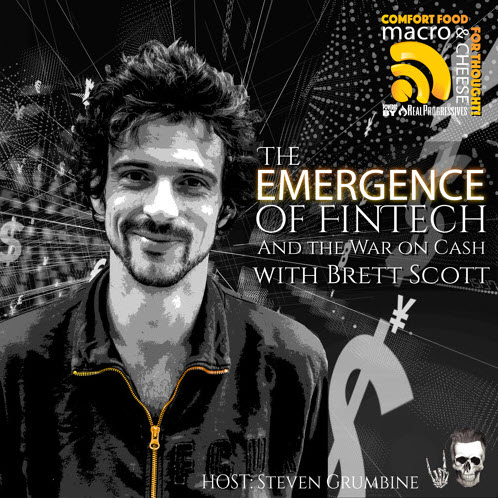 It turns out that cryptocurrency is both more complex and more simple-minded than one would have thought. Or are we missing something profound? Is bitcoin just another speculative asset or will it soon be replacing money as we know it?

Steve’s guest Brett Scott dispels the myths about bitcoin and gives us a brief history lesson on the development and uses of fintech (which simply means financial technology), blockchain, and cryptocurrencies, including bitcoin.

Some of the misconceptions about bitcoin can be traced to the way it’s explained by the mainstream media. It’s treated as a radical new ‘stateless’ currency. But the bitcoin community itself is also guilty of doublethink and contradictory language. Predictions of bitcoin replacing fiat currency are not grounded in reality. How can it take the place of the US dollar when it is, in fact, priced in US dollars?

Scott’s explanations are blessedly clear, coherent, and consistent with MMT. Even listeners unfamiliar with blockchain technology and cryptocurrencies will find this episode illuminating.

Brett Scott is a journalist, campaigner and the author of The Heretic’s Guide to Global Finance: Hacking the Future of Money. He is a Senior Fellow at the Finance Innovation Lab in London.