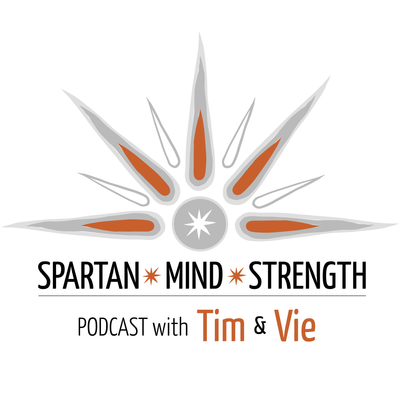 Jyotish In A Nutshell Part 1 | Ayurveda, Upanishads and Vedic Astrology

Hello, this is Tim and this is Vie. And we welcome you to another episode of the Spartan Mind Strength podcast.

Today is going to be about Jyotish in relation to the Upanishads.

Stay tuned. We’ll be right back.

Well, I can make it be Greek, but I’m not gonna push it.

So light of God. Light of God or the will of God.

Very nice, I like it, very nice name.  So, what’s it supposed to be about today?

Well, the word, the term Jyotish, which is translated today as Vedic astrology is not actually what the Vedic astrologers of today say it is.

Yeah, they tell you your horoscope, they do your chart, they talk about your life and

It’s like a horoscope thing, and they use the term horoscope, which is Greek.

But in the old days, when the Vedic books, the scriptures were written, it was what?

So Jyotish appears in the Yajur Veda, which is one of the four Vedas, one  of the ancient scriptures. There is a section referred to as Jyotish. And what it is is telling you how to create calendars for when to perform what rituals  to which deity.

Okay, so it wasn’t about the person, it was about the gods.

Exactly. It was about how to use your time wisely. It’s all about time. It’s not about you, the individual, your purpose in life according to your natal chart, no.

Sort of like, also like yoga and ayurveda, it’s been bastardized over the years to make money.

So it’s not the Vedas, it’s something new. And about, because there’s books on that, right?

Yes, there are, there are books. The main book that the Vedic astrologers of today worship is called, Brihat Parashara Hora Shastra, which is -

And it was not created until the 19th century. It is all extremely new, and it has nothing to do -

Now with this, this is something new that has been bastardized from something old, but the sages back then were using -

And you mentioned the word horoscope, right? Which people today think, oh, what does my horoscope say? Well -

I read the newspaper daily, I know my horoscope!

So, well, the word horoscope is Greek, comes from ancient Greece and comes from hora, which is used in Sanskrit also, which means hour, but the old meaning -

Actually, it is spelled h-o-r-a, it means hour, but the original meaning, the old meaning was time, right? Time. Or you can think “this hour in time”, right, “this moment in time''

And scopos, right “horo-scope”, scopos, which scopos means target, purpose. What’s the purpose or the best purpose, the best use for this chunk of time. Isn’t that amazing?

Yes. But I want to get into this chunk of time and say that the Greeks didn’t do this either.

No, this came from the wise ones.

So Indians, the sages from India and the philosophers from Greece didn’t make this.

No, they didn’t. They may have improved it, they may have added things to it in terms of mathematical calculations. But these came from the ancient Chaldeans and ancient Babylonians. They were the wise ones who actually started this. And then the, and then the Vedic rishis actually, who talked about the Jyotish and the rituals and all of that did, did something along those lines. And they were all communicating at the time.

So I know, like, we dealt with a Vedic Jyotish guy and he wanted to, he said to us, well, first he said I was screwed. Everything about me, I should become a, basically I should have been somebody’s bitch, a slave to him because he needed me to move things, take care of his horses, do all that. He looked at me as being somebody that had no benefits to the world.

Exactly. He could help you clean your karma, right?

But he looked at you and said you had specific things, but in order to assist them, you had to spend all this money on gems.

Exactly.  Yellow Sapphire was one of them. I remember it.

Yeah. And he had them, of course.  You had to buy his gems, not somebody else’s, because his were specifically designed for you, when he polished them, right.

Exactly. And you had to wear it on a specific type, either gold or silver or something in the specific finger for so long. And then you had to get a different gem.

No, absolutely not. No. It was all about what can this community do right now in order to work with the will of the universe?

So they, and also that doesn’t mean - also I don’t want people thinking, well, what am I going to do now? What's the will of the universe now? I need to know when to do certain things. That’s not it.

What they were doing is they were saying, statistically, is this the best time for something?

Exactly. It was never, no don’t do it. Is this the best time?

And if it's not, should you still do it or not do it?

And I know, so I’ve been in the yoga industry for shit, 30 years, 40 years. I’ve dealt with several of the Jyotish people and everything they’ve told me so far has been so far off. I think that the farmer’s Almanac is more accurate than the Jyotish readings I’ve had.

And if you don’t know the exact time when you were born, then you pay them a bunch of extra money, because I’ve had that done.

I did too because I don’t know my exact time of birth.

You have to pay them a bunch of extra money and tell them, give them details from your life of when certain events happened to you so that they can actually deduce most likely when you were born.

And even then you’re taking, you’re, you’re hoping that they’re even following, that they know what they are doing.

Exactly, that their software program is correct. It’s a very sad state of affairs, the Jyotish industry.

Because I know there’s one book that we have that even has a CD in it, a disc in it that you can type stuff in and it’ll tell you all that stuff. So you don’t even have to pay the thousands of dollars, you can just buy a book for $10.

Exactly. But, what it does is it does the opposite of what the ancient Rishis, the real rishis and the Babylonians and the ancient Chaldeans were trying to do, which is to give knowledge to the people so you empower them.

This is taking your power away from you. Because first it says that you have - one of the Jyotish astrologers actually said something that was very wise in a very funny way. You need good karma to end up with a good Vedic astrologer, right?

So you have, you have to choose the Vedic astrologer wisely, right.

And then, and then you, you have to really believe what they tell you, and then it limits your possibilities, right?

Because even if it’s the best astrologer and they say, well, it looks like this. Well, anything you hear, anything you put in your mind makes you believe something that comes from the outside.

And so I want to put it in your mind that we are over 10 minutes, and we can talk about Jyotish in the next one. We’ll put the names and links to some of the books we talked about in whatever that is.

I should have had a Jyotish reading on me, so I would remember that.

It would tell you that you need to work on your memory.

Until next time, much, much love from both of us. Namaste kala! May we all be well, adapt and thrive!