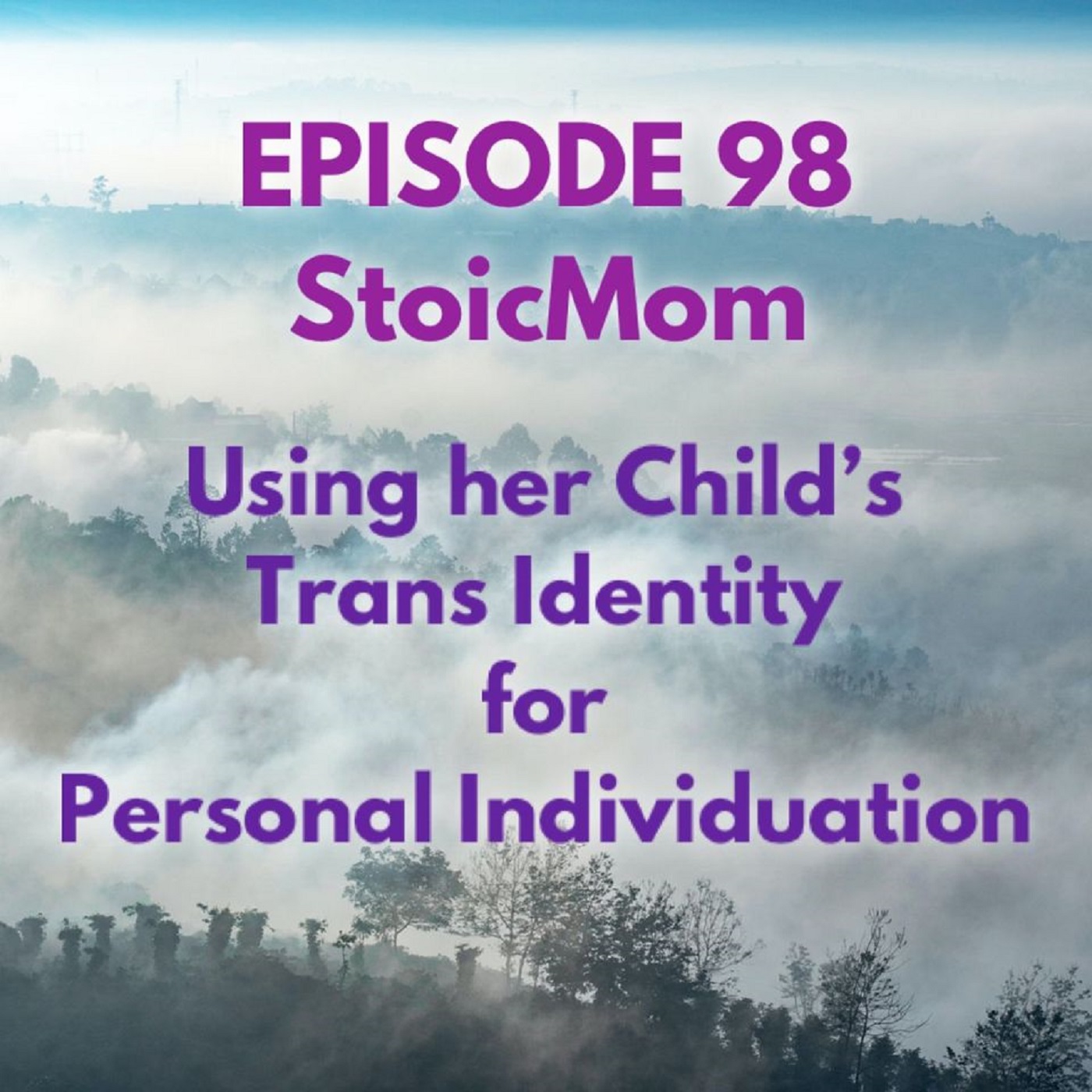 StoicMom is a certified life coach and former classroom teacher who has some unique ideas about parenting and education. Like other moms whose lives have been altered when their teens adopted a trans identity, StoicMom was initially determined to rescue her daughter from this dangerous ideology. She quickly recognized what she was up against and sunk into desperate fear and rage. StoicMom did “all the things” to get her daughter to desist — she even moved her family to a small town in a red state — but this backfired, as gender identity theory was everywhere. Repeated failures at getting her daughter to desist left her feeling impotent and hopeless.

Eventually, StoicMom had to accept that her approach was also taking a toll on her health and relationships. To restore sanity and stability to her home, she’d need to find a better way. So, she turned to her life-coaching toolbox and decided to reframe what was happening to her daughter and to herself. Knowing she couldn’t really control her daughter’s experience, StoicMom decided she would take charge of her own.

In addition to immersing herself in studying attachment theory, conflict resolution, and communication skills, StoicMom focused on the gratitude she felt for her family members’ healthy qualities. She grounded herself in her values and worked to let go of the focus on her daughter’s outcomes.

Earlier this year (2022), StoicMom launched a substack where she wrote about her approach and hoped other parents would find a bit of solace from the outrage culture. StoicMom also relaunched her coaching practice and now works 1:1 with parents who are interested in changing their inner worlds as a way to heal and grow through this destabilizing experience. Her 18-year-old daughter still identifies as transgender, but, as you’ll hear, StoicMom now recognizes her child is on her own individuation process, and she’s actually doing great. StoicMom now expresses gratitude for this journey with her daughter and is using the process as inspiration to become a better human.