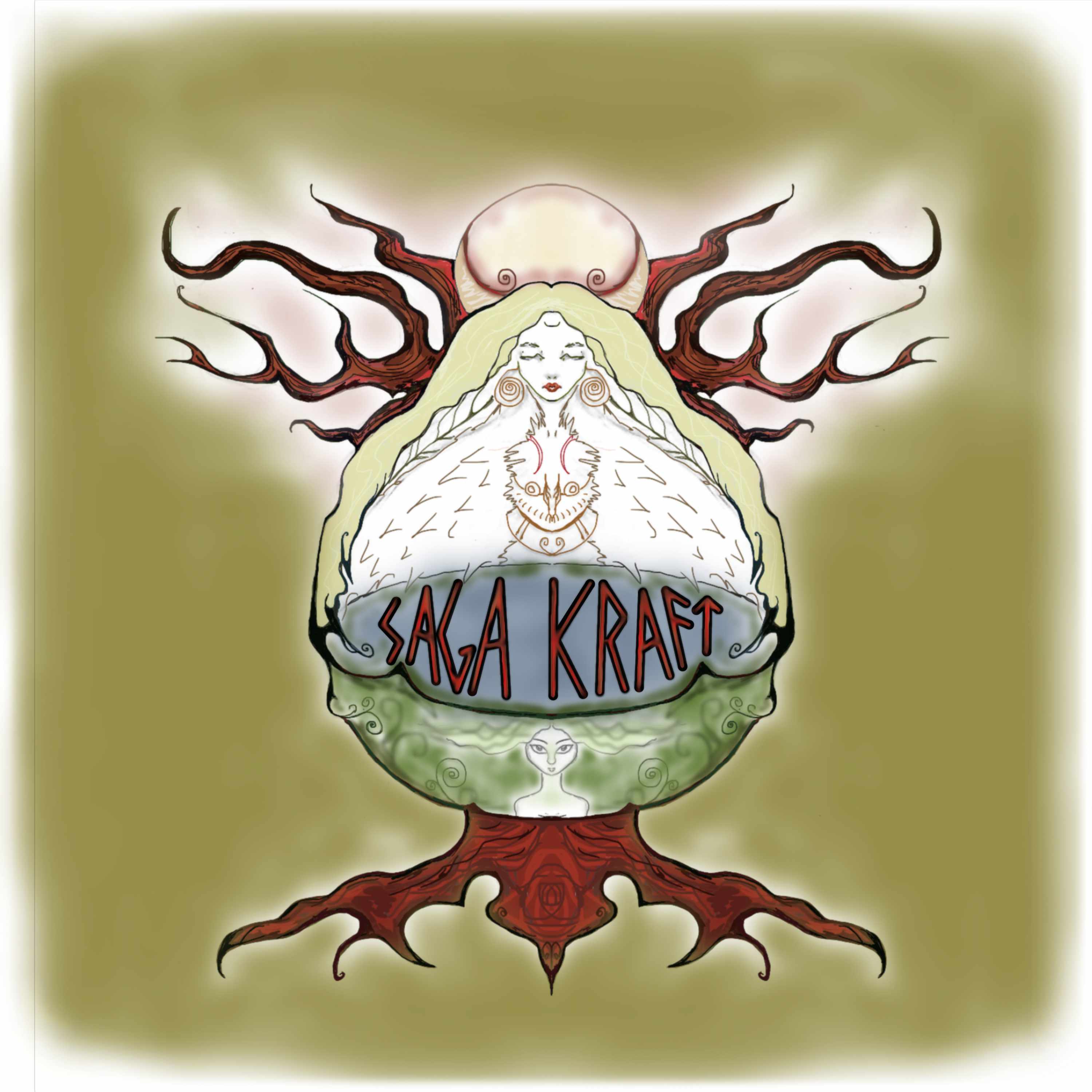 Welcome to Saga Kraft: myths, fairytales, legends stories, comfort us, inspire us and heal us. Please join us as we share stories both old and no more than anything. We're open to the story and it's unfolding at times. It may be one story told by one person at times it's the same story told through three different voices.

In the end, we go where the story takes us and we invite you to follow. I'm C a writer, artist, and storyteller. I'm Betsy, a medium and teacher of mystery traditions. I'm Gabriella, an artist and practitioner of folk magic. We are magical buried in training. Tonight's story is about Vishnu, the God of eternity and how he rescues the earth.

Do you want to say a prayer or something? See, yeah, I would like to invoke all and only the absolutely compassionate and perfect support alignment of our health protection, wellbeing, success, and highest grade syndrome. I couldn't keep up a boundary, keeping all of those out and ask if they'd be skirted out at this time.

And that everything that had happened here, beautiful, joyful, compelling, and a blessing for all. That's it.

The enormous weight of ignorance and pettiness plummeted the earth into the primordial sea, especially was watching and was irritated by this. He had absolutely no desire to go handle the earth and dollar problems. At this time, we had enough God business on his plate. However, you really love it to the Vedas.

And he really loved the mystery books. And so disheartened, he decided that he would go save it. And he transformed into a bore called Varaha and dove into the sea all the way to the bottom. Where do you sift into the silt and the Mach until he finally found the earth and grabbed her and began to drag her to the top.

And just as he broke the surface of the water, the earth turned it over him and beamed and said, how many times have you rescued me like this? And as soon as she did, he was madly in love. And she transformed into Excel and the two of them went and hid in the forest where they had lots of piglets and they enjoyed days of bathing in the sun and rolling in the mud and just having a fantastic time.

But then she looks down and was like, what is that about how come Vishnu is still in Vera? Why didn't he come back? And he was really irritated. And so he showed up in front of her. Aha. And there was playing. And she even said, borough, what are you doing there? Oh, God business that you need to handle. You do not have time to take a vacation like this right now.

Get on it, get on it. This is not you. This is not what you need to be. You are developing attachments in this world. It is not all right. Look, we're all hot. I continued slurping down this giant pile of them. Stubbles before rolling around in the mud. And Shiva was very, very distressed at the whole thing.

And he said, you are a God, you are meant to behave like a God, but curled up with his needs and pretended to sleep. Okay. The second that Shiva was gone for all had jumped up and said, we have to leave. We have to go into hiding. And he took his family and they all ran to the top of the mountain and they located another place and they thought they were well hidden there.

Meanwhile, Sheba went to Brahma and said, have you seen this new? He is down there. It was look at him. And the two of them lifted him and she said, can you believe it? He is a pig. It's disgusting. Isn't it disgusting? And Brahmas said, yeah, yeah, kinda disgusting. Got to say that he was like, it has to stop. He has God job duties.

He must be on it. And Brown was like, Yeah, yes, he does have things to do. Then she ever said do something about it. Brian said, okay, I'll handle it. But then as soon as Shiva was gone, Brahma looked down and she went, fish looks so happy. You look so content and they know that he needs to come back, but I'm just going to give him a little more time.

This does not work for Shiva at all. So the minute that Brahma did not respond immediately, she'd go through his Trident. Then she was trying to always have such smart, no matter where they are. So even though he didn't know wherever aha was, this Trident did. And as the try, the entrance steering through her, aha, he fell to the ground and his death throes and he looked up and he thought it's all so beautiful.

The waving of the green grass and the sparkling and the blues scene. And even the glistening red of the blood running out of me, it is so beautiful. And then Shiva appeared having followed his, tried it and said, you stupid more Roddick pig. What is wrong with you? You have forgotten that you are an eternal God of light.

And as Varaha lay dying, he began to dissolve into the God of life than he is. And he began to think, well, I think that might actually be true. But I'm so grateful that the earth is so heavy that she's sure to need me to rescue her again in the future. I'm so in love with the story and with Varaha.