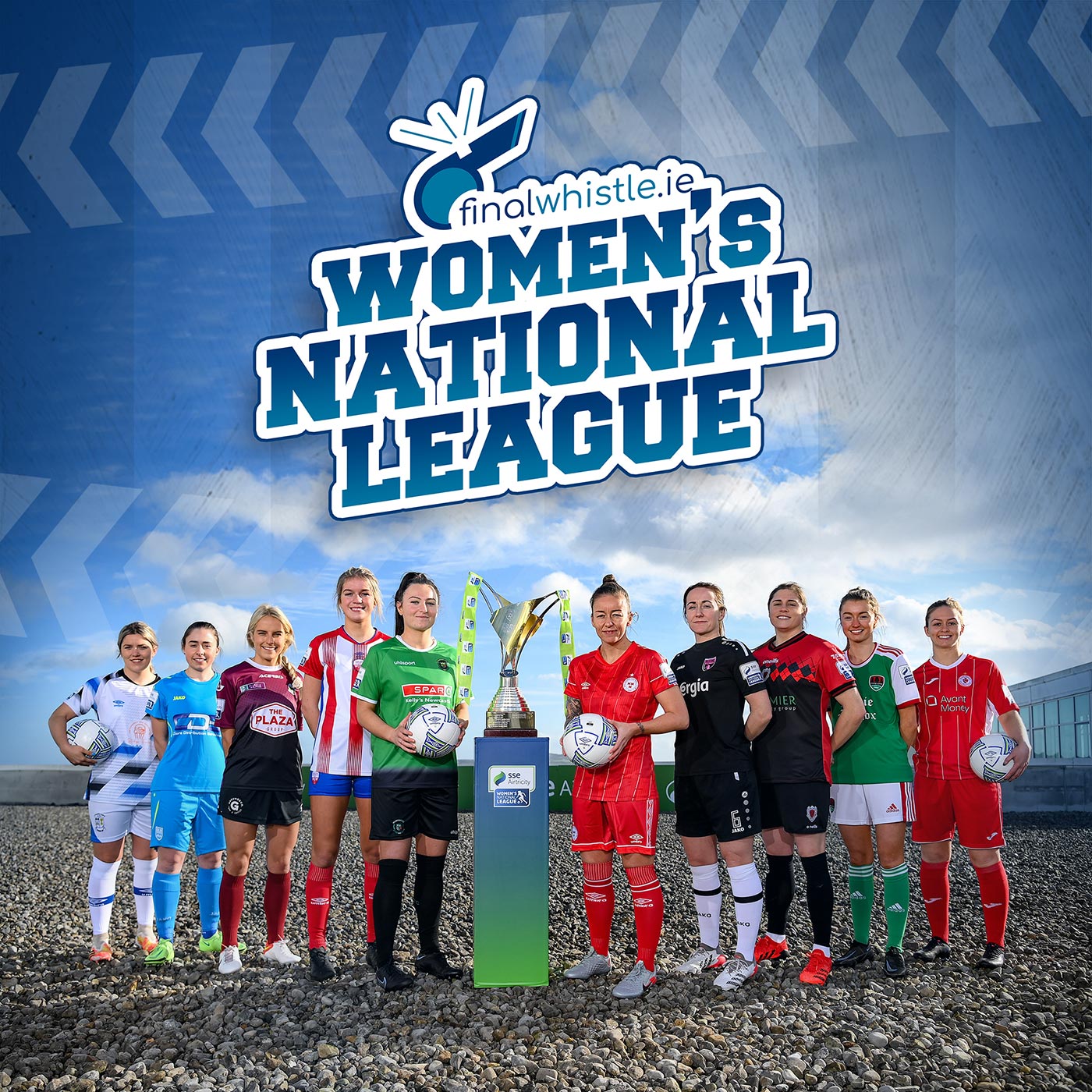 The Final Whistle WNL Podcast is back ahead of the season with a new look and a new host. The first episode will be taking a look inside the camps of the League Champions Shelbourne, FAI Cup winners Wexford Youths and the new girls Sligo Rovers.

Alanna Cunnane will be joined by Shel's defender Jessie Stapleton to talk about her debut season, the dramatic manner in which her side captured the title and dealing with WNL rivals and Ireland friends on and off the pitch Her appearance also includes live reaction to the breaking announcement by Shel's of the return of Saoirse Noonan, moments after she refused to break the dressing room code of silence when asked about departed players.

The experienced Nicola Sinnott of Wexford Youths pops in for a chat about her changing role within the dressing room over her career, the importance of identity within the league and that historic Women's Champions League encounter with PSG.

Bit O'Red captain Emma Hansberry discusses Sligo's arrival into the league, what it means to the young female players in the north west and the priorities for the new girls in the division for the season ahead.

Finally, Final Whistle's Breifne Earley previews the season and discusses the players moving around the clubs in what was an active off season for clubs with some high profile moves and those that might just have snuck under the radar.