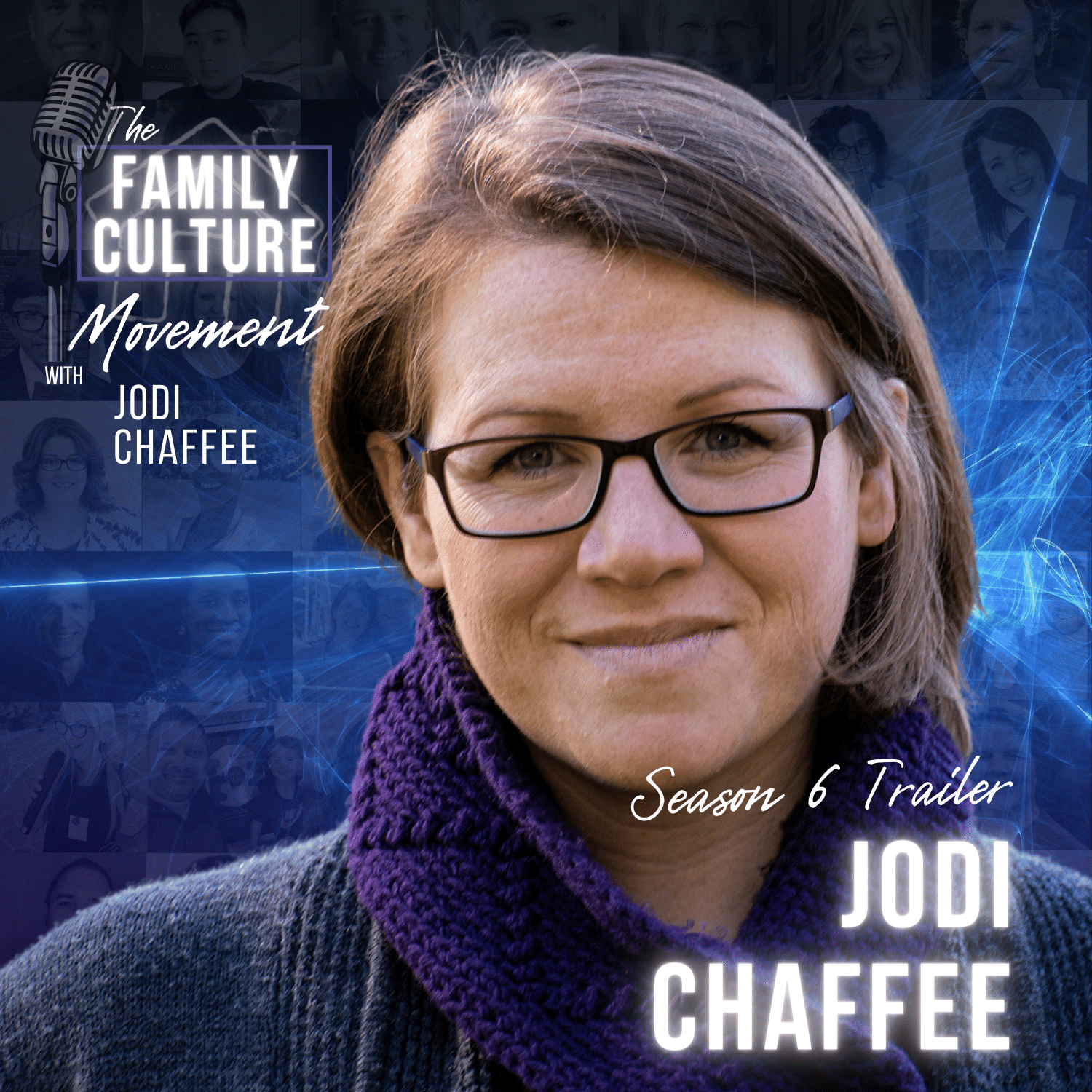 What is up, family culture hackers?! Welcome to the movement to revolutionize your family culture - a movement to shift away from the norms and values established by a society and a history saddled in a narrative of vanity, fear, scarcity, lack, prejudice, consumerism, inauthenticity, and contempt. These prevailing and pervasive beliefs are everywhere and most of us know it but we don’t really know what to do about it!

I started learning about these dysfunctional beliefs when my life started going off the rails in 2016 (well, it started a lot sooner than that, but we’ll get into that later)! My husband, Michael, was miserable at his job. He hadn’t been able to find work in line with his goals so he found whatever he could and then found himself underemployed and unappreciated. We started having serious money problems, and soon found ourselves spiraling into serious depression. Without even realizing it, we were playing out a scripted narrative based in a patriarchal belief system. More than this, we were playing out a narrative of scarcity and lack, and fear and inauthenticity that had been inadvertently passed on to us from previous generations that have been deeply ingrained in our family and societal belief systems. We had roles to play, images to uphold, and duties to perform. We did everything right, and should have been on the right track. We kept our struggles at the surface in an effort to superficially resolve our problems with linear thinking to keep up the status quo. This status quo meant keeping up appearances and playing out the script for the foreseeable future. Then, we began to crack. The vision of being stuck like this forever was deeply depressing. There was no end and no escape. In 2019, we’d had enough. Michael quit his job. We sold our house. We moved in with my parents to reduce our expenses. We filed bankruptcy in 2020, and faced all our demons. All of them.

If you are dying to make a change in your life somehow but you are feeling stuck, it is not your fault! These dominant belief systems often live just beneath the surface of your consciousness and you live out your day to day reacting to these beliefs. They have been passed on to you by society and family - sometimes even written into your DNA, so how could you know about it?!

Family culture hacking is all about learning how to recognize these dysfunctional belief systems and stopping them in their tracks! Whenever you spot one, you’ll be able to say, “ah ha! Caught you!” Like a glitch in the Matrix. You’ll start to see them lurking everywhere - in your thoughts and language; in media, music, and marketing; in education; in government and politics; and even in your daily habits!

There are three major players in the belief systems you pick up that influence your family culture the most. Author James Clear refers to these players as “the close,” “the many,” and “the powerful.” The close refers to your family and your community. The many refers to society at large and the commonly accepted narratives and norms you witness in the media and marketing. The powerful refers to the influencers, the leaders, and the game-changers throughout history who set the cultural expectations of your beliefs and identities.

If you aren't aware, these three players can keep us stuck in a cultural identity that influences your thoughts, behaviors, and patterns. Because of the way humans are wired, we don’t want to be different. We learn early on how to fit in so we don’t get into trouble, or we learn when to stand out when we want to get what we want! We pick up beliefs about who we are to explain to ourselves how the world works and where we fit into the grand scheme of things.

It’s likely you have learned to be comfortable with those beliefs because they have protected you and have provided you with your basic human needs. They have shaped your identity and perhaps have gotten you through some seriously troubling situations. But then, you find yourself raising a family of your own, and those beliefs are starting to get a little confusing or weird. No one really talked much about how difficult this family thing would be. The patterns that got you out of trouble are getting you into trouble and you’re fighting more with your spouse or your child. The ones that helped you get your needs met are starting to look more like manipulation and power struggles! You start to notice yourself repeating the same patterns of your parents. You hear your mom’s or your dad’s voice coming out of your own mouth, and that scares you!

The thing about family culture and our human nature is that we like to take the path of least resistance. We set our lives on autopilot and try to stay within our comfort zones. When we get stuck or scared, it’s common to revert back to comfortable patterns or follow the crowd. The problem with this approach is that your old patterns are keeping you in a crisis loop where you don’t get ahead of the struggle, you just keep repeating the same day putting out fires as you go. Or, the crowd you’re following doesn’t actually know where they are going either! You tell yourself that you turned out OK in spite of your somewhat dysfunctional family, and you’re right, there’s a huge margin of error when it comes to raising your kids.

But for culture hackers, that’s not good enough! You spot dysfunctional narratives whether they’re coming from the close, the many, or the powerful and you call it out and demand better. You catch yourself in your patterns when you’re coasting through life a little too casually and wake up to learn a better way. You learn to parent yourself recognizing that there are many skills you haven’t learned along the way because there was no one there to teach you those skills! How could they when they didn’t have them either?!

Every week, I’ll be interviewing authors and experts who have spotted dysfunctional patterns in our dominant culture. We’ll unpack these beliefs and behaviors for you to analyze why we tend to repeat them even though we know they aren’t OK. Then, we’ll discuss solutions and behaviors to replace the dysfunctional ones so you can start practicing them.

The goal of being a family culture hacker is to learn how to envision something better for you and your family, your community and the world, and start playing out a different role and writing a new script for yourself. Not only will you begin to have a better sense of direction and confidence in your parenting, you’ll also learn to avoid conflicts before they arise, shift your own beliefs to have a stronger sense of identity and purpose, and cultivate a new legacy for your kids to grow up with healthier role models. It might mean facing some ugly demons along the way but I promise you it is worth it!

I also promise that you don’t have to do it alone. I will be here every step of the way as your mentor and guide. You can sign up for a free family culture strategy session with me at https://jodichaffee.com/strategy or go to homeandfamilyculture.com and click on “message me” to ask me a question and I’ll publish my answer in an episode and tag you on social media.

Also, you can join other family culture hackers in our Facebook group or join the free membership, a toolbox full of curated freebies and gifts from my guests!

Mother Teresa said “if you want to change the world, go home and love your family.” Family culture hackers, we change the world because we are part of a movement where we put our families first. We don’t accept the norms or systems of our dysfunctional society. We are a force for good and growth, and progress and change through compassion, collaboration, and perseverance.