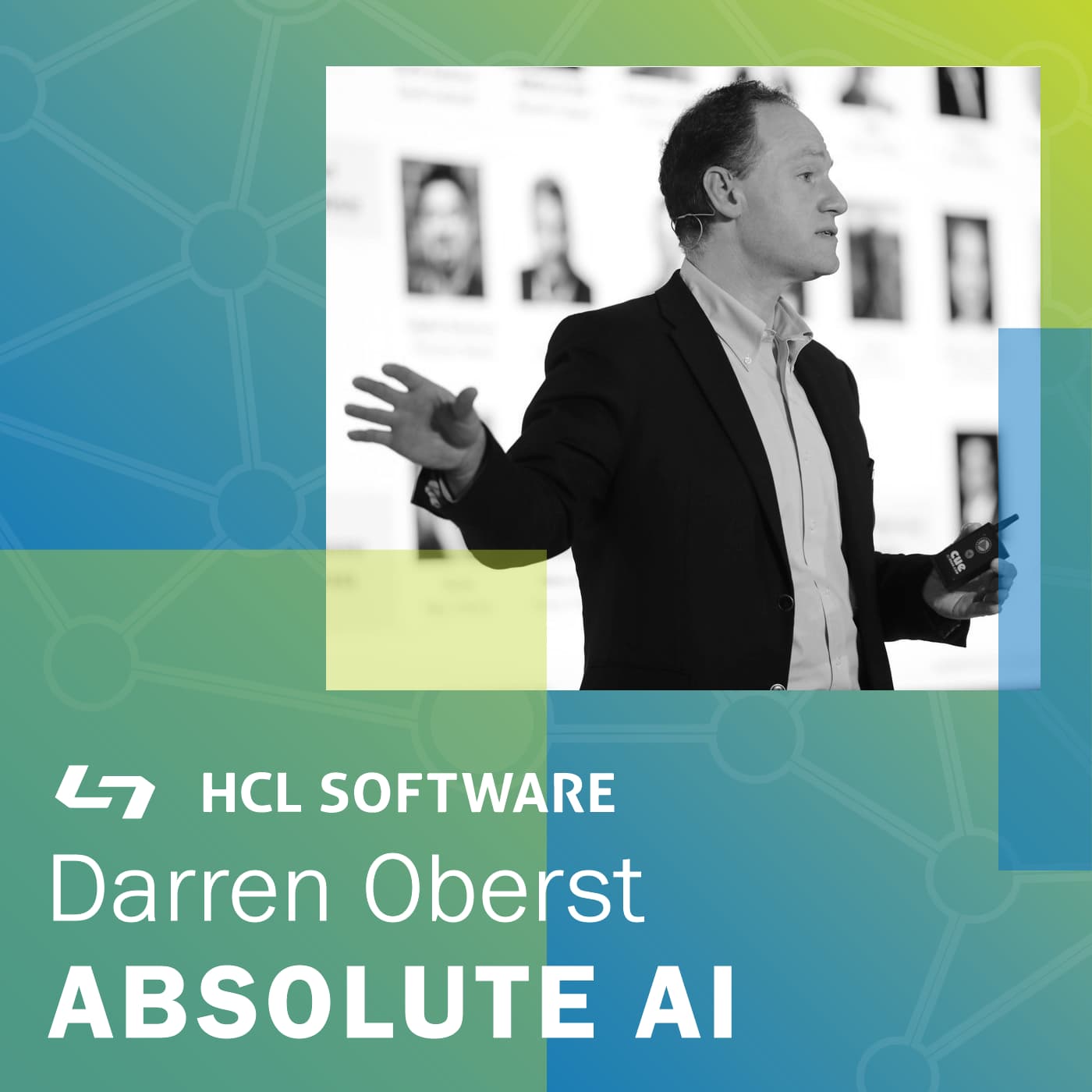 Melody’s very special guest on the podcast this week is Darren Oberst, Senior Corporate Vice President and Global Head of HCL Software. Formally educated in the fields of Law, Physics, and Philosophy, Darren has built upon his lifelong interest in technology, especially coding, to become a leader in product and corporate development throughout the world. Today, he takes listeners through the journey of his career, offering valuable insights into the world of technology, AI, and leadership, which are as fascinating as they are informative.

Darren begins by describing the role that his background in natural science and the humanities played in the vast amount of success he has enjoyed throughout his career, particularly his innovative work with HCL. A passionate hobbyist in ML development and research, Darren also has a great deal to share about the success criteria necessary when developing and testing models. This, paired with his many years of international experience, render him a leadership expert with extensive insights and helpful advice in this area as well. As you listen in, the sheer amount of information and wisdom which Darren possesses will strike you, along with the sincere enthusiasm this seasoned professional brings to the work that both inspired him as a child and continues to excite and drive him forward today.

Before becoming a part of the founding team of HCL Software, Darren spent 10 years at IBM in a diverse set of leadership roles and had also launched and run businesses throughout the world. He has served as the Senior Vice President and General Manager for webMethods, a leading e-business infrastructure software company, and started his career in Silicon Valley as an investment banker at Robertson Stephens. Darren has a JD with Honors from Harvard Law School and a BA summa-cum-laude from UC-Berkeley with dual degrees in Physics and Philosophy.

Soundbites from the Expert:

2:04   “I think it gave me a pretty broad set of skills, just in terms of...critical thinking, breaking down...problems, coming at it from a lot of different angles.”

His role at HCL and its integration of AI

11:35 “That's very much the way that we sort of rolled out our cloud strategy - crawl, walk, run - focus on making sure the product is right before you just sort of throw it up on a cloud, and make sure that you have a differentiated strategy.”

20:43 “I think when there's a good clear objective that's well defined, I think when the scope is relatively narrow, when the data is pretty high quality, I think you could have a ton of success.”

22:29 “In every day, I'm personally probably torn between those two poles of, ‘Wow, maybe we really are near some emergent moment, right? Where there is some sort of generalized AI,’ and on the other hand, thinking, ‘Perhaps all of this is misguided.’”

His methods for becoming a successful leader

29:57 “If there's anything I really tried to do is I threw myself in headfirst. I looked like a fool at times, I got scars, you know, on my face, I made mistakes, but I also learned a ton from that.”

30:35 “What I've certainly tried to do as a leader is just to recognize and appreciate... that diversity of people. People are the same, but in a lot of ways people are different, and, you know, you just have to, I think, be respectful of that.”

Darren’s vision of the future for AI