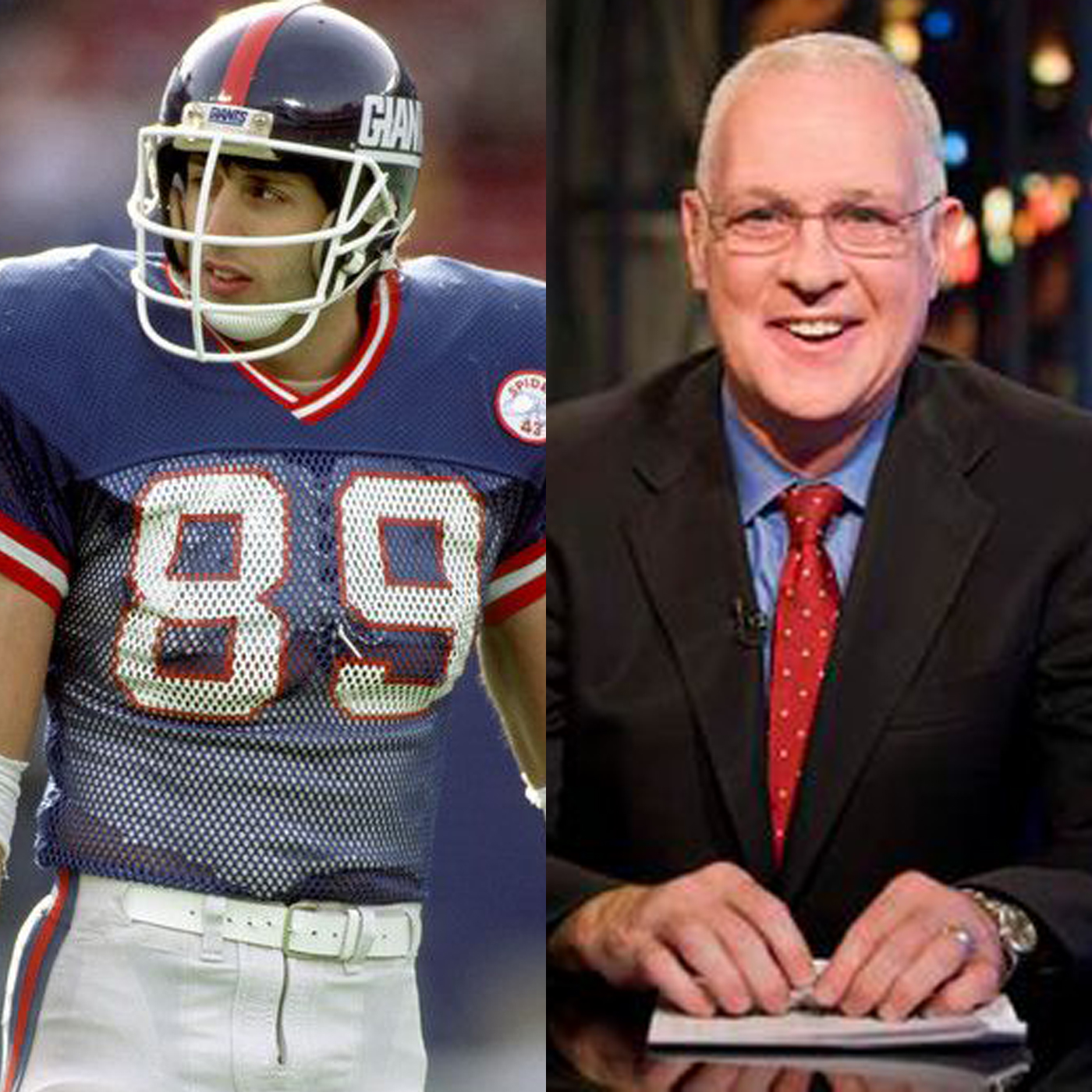 Host Rob Cramer begins the show welcoming former New York Giants tight end Mark Bavaro. Mark talks about the current Giants late season push to make the playoffs, the craziness of games with no crowds during the pandemic and the use of fake crowd noise in the stadiums. Mark also talked about the Super Bowl winning teams he played on with the Giants in 1986 and 1990, playing for Bill Parcells and the genius of Bill Belichick he witnessed in New York while with the Giants and later playing for him in Cleveland with the Browns.

Then former New York Rangers captain and current MSG analyst for the Rangers Dave Maloney joined the show to discuss the current Rangers team as they head into the season. Dave talked a bit about the World Junior Championships before briefly getting into his run to the Stanley Cup Finals back in 1979. Then Dave gave his thoughts on the current Rangers team, including the challenges facing the team in the upcoming pandemic shortened season.

Mark Bavaro is a former American football tight end who played for the New York Giants (1985–1990), Cleveland Browns (1992), and Philadelphia Eagles (1993–1994) in the National Football League (NFL). Bavaro was selected to the Pro Bowl for his performances in the 1986 and 1987 seasons and was a member of the Giants teams that won Super Bowls XXI and XXV.

After an All-American career at the University of Notre Dame, Bavaro was drafted by the Giants in the fourth round (#100 overall) in the 1985 NFL Draft. He quickly emerged as a starter in his rookie season and became renowned during his Giants career for his blocking, toughness, and receiving skills. After a degenerative knee condition forced him to sit out the 1991 season, he returned to play three seasons for the Browns and Eagles before retiring in 1995. Since retiring Bavaro has done work as an anti-abortion activist. His brother David also played in the NFL for four seasons.

Dave Maloney was drafted 14th overall by the New York Rangers in the 1974 NHL amateur draft. He played 11 seasons in the National Hockey League (NHL) from 1974–75 until 1984–85.. Maloney played in 657 career NHL games, scoring 71 goals and 246 assists for 317 points, as well as compiling 1154 penalty minutes. He was also the youngest player to serve as Captain for the New York Rangers and captained them to the 1979 Stanley Cup Finals. That same year, Maloney, along with Phil Esposito and other Ranger teammates, recorded a song called the Hockey Sock Rock as a fundraiser for the Juvenile Diabetes Research Foundation.

In 1990, Maloney called the New York Rangers-Washington series on SportsChannel America along with Rick Peckham. From 1995 to 1998, he was a studio analyst for NHL on Fox. He currently serves as the color commentator on Ranger radio broadcasts alongside Kenny Albert.

On December 6, 1984, the Rangers traded Maloney and Chris Renaud to the Buffalo Sabres in exchange for Steve Patrick and Jim Wiemer.

Maloney played with his brother Don Maloney while with the Rangers.