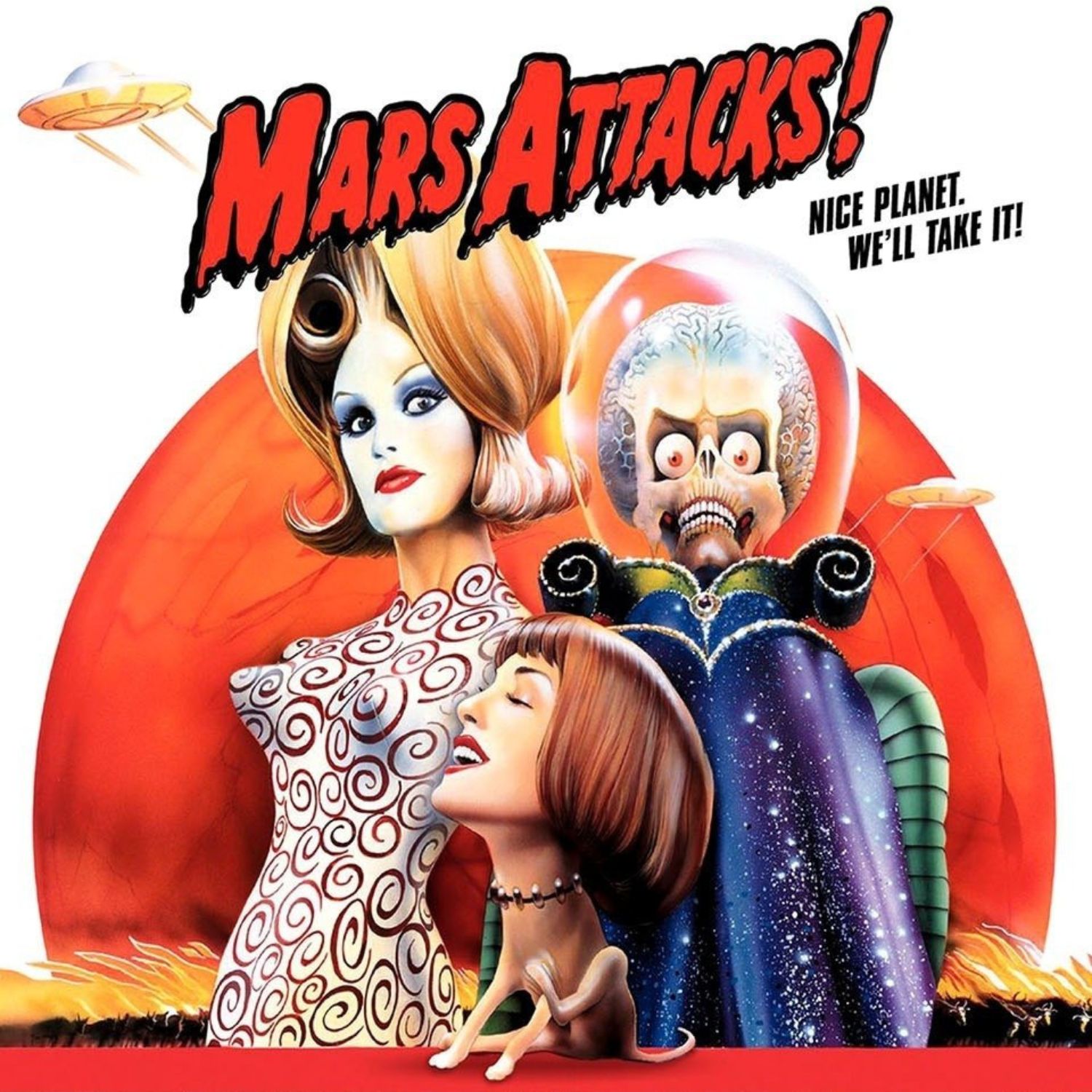 Based on the Topps trading cards of the same name, a movie version of Mars Attacks! first started gathering pace in the mid-80s, but without Tim Burton's involvement.

After several years in development hell, screenwriter Jonathan Gems and director Tim Burton got involved, with a script which was costed by Warner Bros at $250 million to make. Not even Titanic would cost that much.

To get the cost down, compromises had to be made, and while eight months of stop-motion work had been completed, the decision was made to scrap most of it for CG Martians, which reduced the budget enough to allow production to commence.

At the same time, rival studio 20th Century Fox was working on their own big budget special effects-laden alien invasion movie, you might have heard of; Independence Day, and director Roland Emmerich wanted to beat Burton to the punch...

I would love to hear your thoughts on Mars Attacks! !

Andy and Mike for their patron thoughts. You can find them @geeksaladradio / @gundamguyver on Twitter and their podcast Geek Salad on all your podcast apps.

Dave for his patron thoughts.

Nicholas for his patron thoughts.