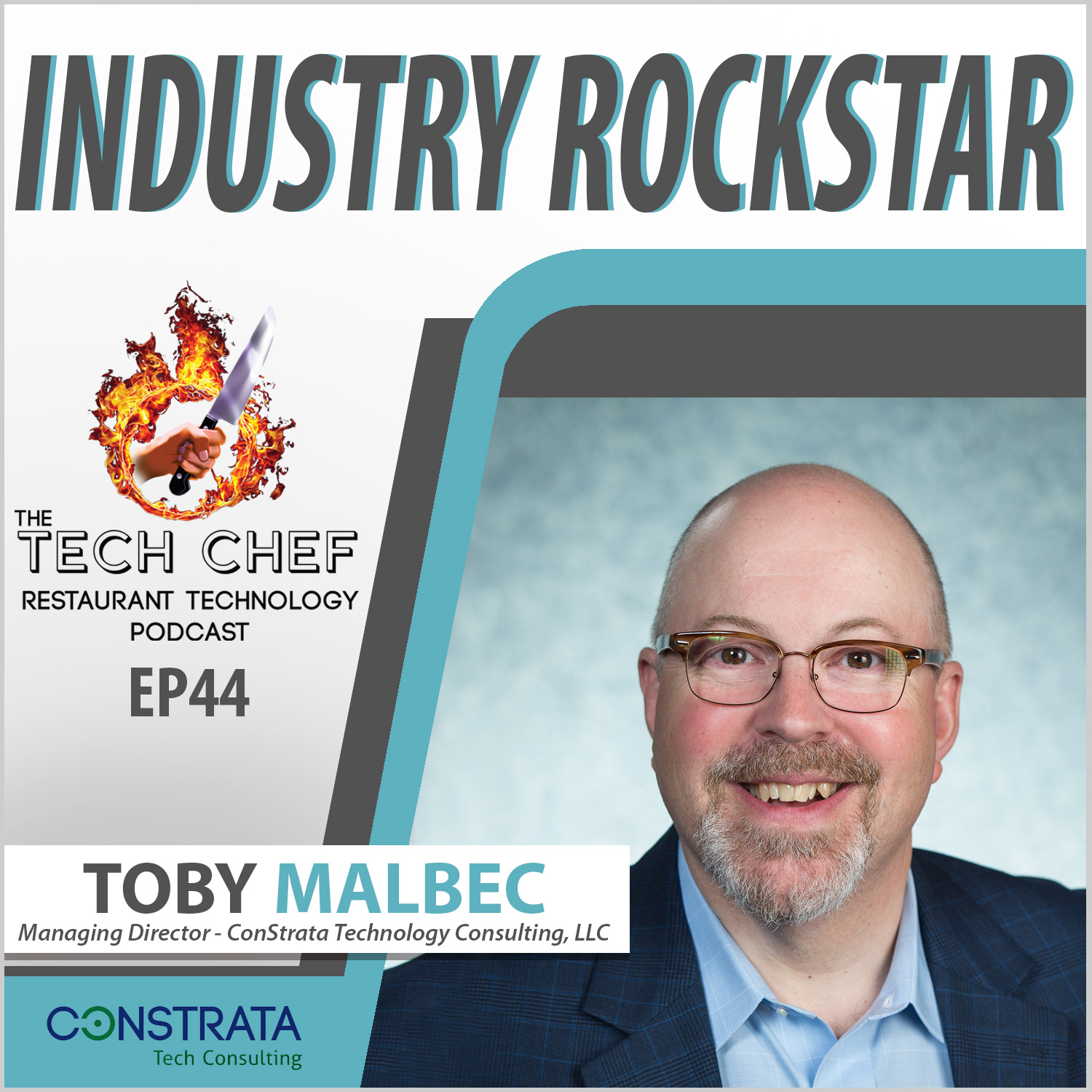 As a reminder, MURTEC is only about a month away and it will be virtual this year, scheduled for April 13th and 14th.  I had somebody that was new to the industry ask me what MURTEC meant…. It is short for the Multi-Unit Restaurant Technology Conference.  You can register online right now at murtech.com.   If you go online you can check out the schedule of events and start planning on attending sessions that peak your interest and don’t’ forget about the interactive happy hour at the end of the day on the 13th!

Today is another addition to my Rockstar Series.  Toby Malbec manages the day-to-day operations for ConStrata and works personally with many of ConStrata’s top clients to help them leverage their technology investments and bring measurable results to the company’s business operations.

We have some interesting topics we will be talking about today from virtual kitchens, where restaurants are headed from a technology front, loyalty, 3rd party delivery and we will even touch on the current hiring landscape and what it looks like from a restaurant technology professional.    As always, Toby has great insight and perspective and I am so happy he took the time to share his ideas with all of us today.

Toby manages the day-to-day operations for ConStrata and works personally with many of ConStrata’s top clients to help them leverage their technology investments and bring measurable results to the company’s business operations.

Toby Malbec is an “operational technologist” who brings over thirty years of technical and operational expertise to his clients. He began his career in the hotel industry coming up through the operations ranks before getting into the technology domain as hotels were first beginning to embrace the value of technology as a mainstream affordable operational tool. He was responsible for the design and development of some of the first PC-based Property Management Systems for small to mid-sized hotels as well as working on the design of early touchscreen-based POS systems. After ten years in hospitality, Toby was recruited into retail by Saks Fifth Avenue to head up their CRM initiatives and was responsible for designing and managing the development of several key applications including Saks Trak and their E-Client Book.

In 2004, Toby assumed the role of Vice President of Business Development for Springer-Miller Systems, one of the premier hotel software companies in the world with applications designed for the resort and high-end luxury properties. In 2008, he joined the IPC (Independent Purchasing Co-Operative), the franchisee-owned arm for Subway restaurants, and was responsible for building and managing the team to build the in-house proprietary restaurant technology platform that would create a standard POS and technology platform for all restaurants worldwide. Subway is the world’s largest restaurant chain with over 35,000 units in over 100 countries.

Another big, big episode next week as I have my friends from Brinker International on the show to talk about their virtual brand initiatives.   Brinker hit the headlines pretty heavily when they launched this back towards the end of June.  When all other companies were struggling to figure out their next move, Brinker announced this was going to bring in an additional 150 million dollars to their organization! Talk about headlines!  Joining me on the show to talk about this will be the CIO, Pankaj Patra and the SVP and Head of Innovation, Wade Allen.  Like a said, a very big show.