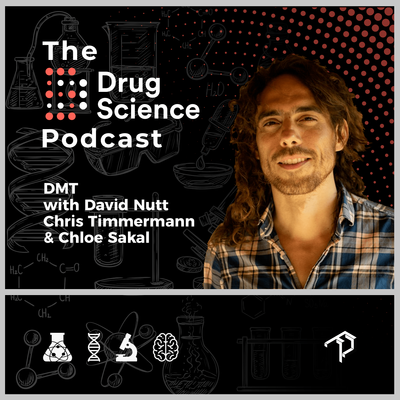 DMT is a drug that’s relatively novel in western neuropsychopharmacology. Not much research has been done on this substance to date and many intoxicants are unable to recount their psychedelic experience. For the first time, this substance is being studied in an fMRI and EEG to elucidate why and how this drug elucidates vivid dreams and near-death experiences.

Chris Timmerman recently completed his PhD in neuropsychopharmacology at Imperial College London, investigating the effects of psychedelic drugs in the human brain with Robin Carhart-Harris and David Nutt. He is developing his research with a focus on the effects of psychedelics in consciousness and brain connectivity. Chris recently lead a study involving the effects of DMT in the human brain and experience, while also understanding its potential use for mental health conditions.

Having gained a BSc in neuroscience, Dr Chloe Sakal went on to study medicine and gain membership with the Royal College of Psychiatrist. She has a keen interest in the psychopharmacology and the potential for the therapeutic use of psychedelic drugs in treating a wide range of psychiatric disorders. She is a study doctor for the UKs first MDMA-assisted psychotherapy trial looking at the safety and tolerability of its use in the treatment of alcoholism. She is an assistant-therapist on a phase two study looking at the treatment of psilocybin-assisted therapy for the treatment of depression. Alongside this, Chloe was a study participant in Chris Timmerman’s DMT research.