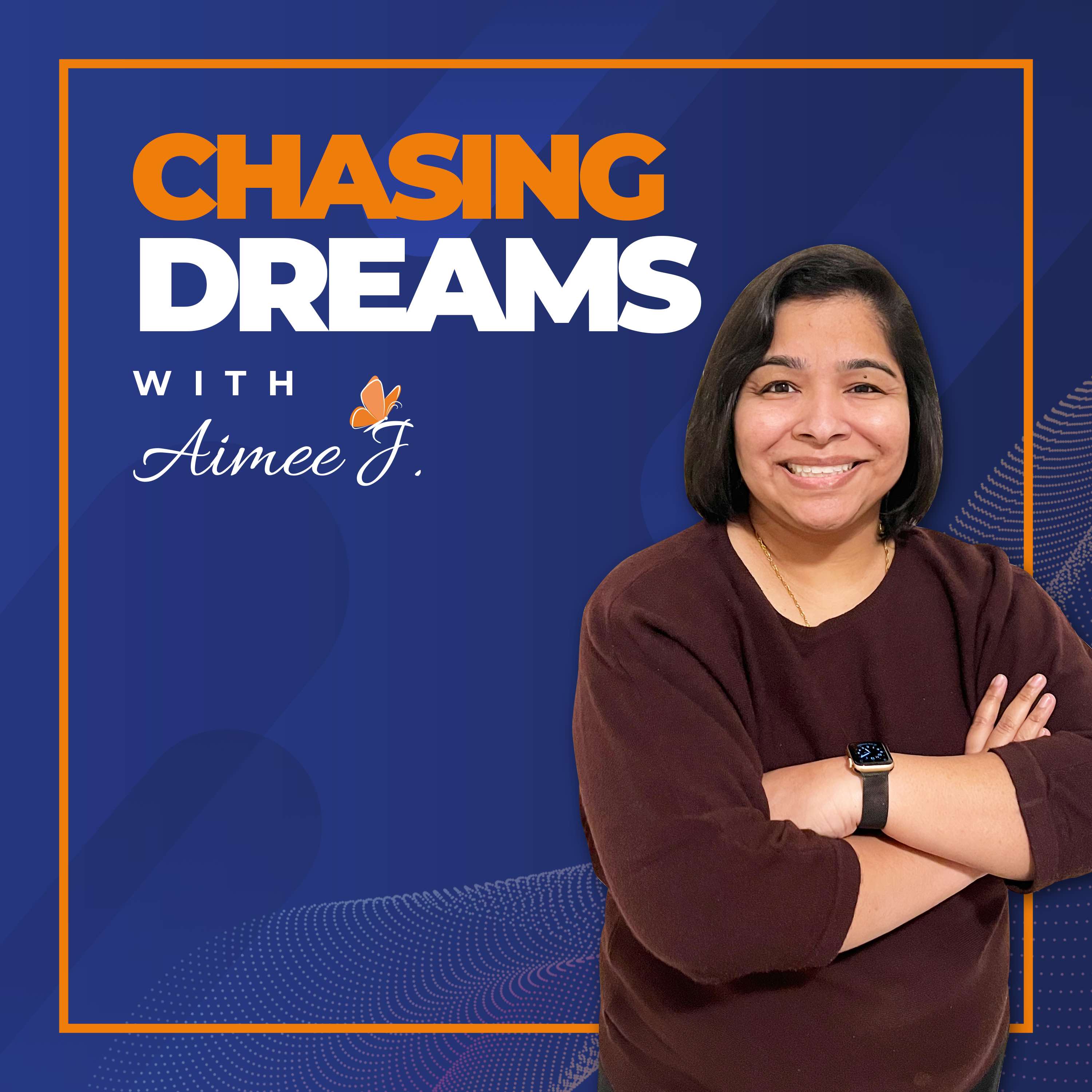 Tap into yourself, figure out who you really are, and embrace that.

In this episode, Sylvia and Drew Nixon, share the value of knowing who you really are and walking in your purpose. Life can get too noisy that we often miss the very thing that we would like to do, but we are given the opportunity to recognize our strength and learn the process of chasing our dreams.

WHAT YOUNG DREW AND SYLVIA WANTED TO BE

It’s always an interesting question when someone asks us what our dreams are when we were younger. Some of us may have varying dreams like Drew or one specific dream that will stay all throughout like Sylvia.

Young Sylvia always knew she wanted to be an actress or a talk show host. She was even considered to be most likely to have a talk show like Oprah in her senior yearbook. Life eventually took a different turn for Sylvia but deep in her heart, she still has that dream.

While for Drew, he was (on his own terms) “all over the place but not indecisive” when it comes to his dreams. He’s done a lot of different things thus his background is so colorful.

Although he’s always believed that he can do anything, Sylvia has taught him how to hone a specific skill and know who he really is. It helped build his knowledge and his character.

Now, Drew tells their daughter Chloe that he appreciates every single thing he ventured out when he was younger because it gave him the back-end knowledge and strategies in situations that demanded it.

DREW & SYLVIA’S JOURNEY TO WHERE THEY ARE NOW

When Sylvia was 19 years old she moved to New Jersey in the hopes that her dream of becoming an actress or a talk show host will come to pass. She’s always had the confidence that when she shows up, everything will change.

There wasn’t a single negative thought in Sylvia’s mind during that time. She didn’t think that it was a very competitive world where it was difficult to get in. Sylvia knew that her dream was very natural for her and she just showed up. All she was thinking was that somebody was going to sign her up for projects.

This grandiose event in her life served as an eye-opener. Sylvia realized that she didn’t have to give up on her dreams, she just needed to go in a different direction.

She started learning the ropes of the corporate sector and came back to Florida. Although not everything happened according to how she wanted it to be, it brought her acceptance that “without that dream coming to pass, it doesn’t mean that it’s not going to happen.”

While Drew looks at life from a faith-based standpoint. For him, every encounter he had with life happened for a reason. He uses the turbulence analogy whenever we go through a crisis.

Drew states that “turbulence is a constant reminder that there’s a movement happening and that there’s a destination you’re going to get to.” He embraces all the turbulence that he experiences and believes in the power of pivoting.

Sylvia equates turbulence to new beginnings in our lives. The best example is when someone starts with a new job, she advises, “give yourself the grace to learn and to go through the process.”

A pivot is a learning curve and we don’t always learn instantly, there has to be a process. We go through different seasons in our lives and when we know that a big change is imminent, we have to give ourselves time to comprehend the whole process.

The process may feel uncomfortable but it’s necessary. Don’t be scared of the change because it allows you to go to a destination where you can cruise and roll with everything that comes your way.

We’ve become so acquainted with movies or societal expectations that we’re led to believe that change is easy but in reality, it’s not. We have to learn how to process change and grow where we are placed.

“What you see is what you get.” #chasingdreams

"Turbulence is not always a bad thing, it's movement, growth, and a destination." #chasingdreams

"When you pivot, you have to brace yourself." #chasingdreams

"You may feel uncomfortable, but it's necessary for your changing season. #chasingdreams

"This may not be what I thought it was going to be, but I'm not going to give up on it, I'll just have to go in another direction."

"Without that dream coming to pass, that does not mean it's not going to happen."

"Turbulence is a constant reminder that there's a movement happening. There's a destination that you're going to get to."

"Give yourself the grace to learn and to go through the process."

"Any pivot is a learning curve"

THE ADVANTAGES OF WEARING MULTIPLE HATS

Both Sylvia and Drew are firm believers in wearing multiple hats in life. Drew is a musician, graphic designer, and pyrotechnic professional while Sylvia is an author, a business owner a mother, etc.

Some people limit themselves to one job or one category but for Drew and Sylvia, it’s better to have multiple passions. Drew explains, “I truly believe in my ability” and he doesn’t put himself in a limiting box.

He ingrained this mindset early on and he kept himself busy with activities he’s passionate about.

We are all born with a purpose, some of us are asked to do some things while others are meant to do multiple things. The moment we realize what has been placed in our hands, it’s going to give us fulfillment.

However, life can become so noisy that we miss the very thing that we really like to do. Some people may even push aside their passion because they compare their success with others.

Some people may become sad or depressed because they are not honest and they don’t operate in the gifts that have been placed in their hands. But when we do operate according to our gifts, we’ll feel fulfilled and we’ll also change the lives of people we come in contact with.

Also, Sylvia expounds on the significance of connections. She thinks that people have taken for granted connections and how it helps us get to our purpose. She declares, “when we are placed together, it is for the purpose and advancement of something huge.”

Although Sylvia believes in the value of connections and working towards achieving purpose together, she also highlights knowing what fills you as an individual.

What works for Drew and Sylvia’s relationship is that “we respect what fills each other but we still know how to have a fulfilment together as a married couple. This allows them to work together and not break apart.

"I have to be honest and embrace what has been placed in my hands." #chasingdreams

"When we are placed together it is for the purpose and advancement of something huge." #chasingdreams

"We respect what fulfil each other but we still have a fulfilment together." #chasingdreams

"Because life is so noisy, it can get you so thrown off that you miss the very thing that you really like to do."

"When we operate in the gifts that have been placed in our hands, we will be fulfilled and it will change the lives of those we come in contact with."

PASSION & PURPOSE JOBS VS JOBS THAT PAY THE BILLS

Most of us are faced with a situation where we have to choose between what we are passionate about and jobs that actually pay our bills. We have to do what we have to do to have a roof over our heads.

This kind of scenario happened to Drew and Sylvia, they knew what they were passionate about but always had that fear to pursue it because they don’t want to be left with nothing in case it didn’t play out.

They took it upon themselves to pivot to what they knew as their purpose. Sylvia advice’s is to go after what your heart’s desire is with direction from God. She adds, “you cannot go after it with your own thought of how you’re going to make it work.

Once they have surrendered their hearts to what God wanted, it was truly life-changing.

Drew’s advice for people struggling between these two major decisions is “you have to be very clear with who you are, where you are, and what are your needs.” Also, you need to have a plan and set your goals.

Another thing that Drew and Sylvia emphasized is “you have to be careful who you tell this to.” Some people may think that your dream is just too big and you’ll never be able to achieve it, some may even talk you out of it.

Not everybody deserves access to knowing what your dreams are. It’s easier to align actions that will help achieve your dreams when the people around you are not saying things that might throw you off.

"You have to assess where you are and have a dream to chase." #chasingdreams

"Not everybody deserves access to knowing what your dreams are." #chasingdreams

"Go after where your desire is, with direction from God."

"You have to be very clear with who you are, where you are, and what are your needs."

"People don't understand what belongs to you."

Guest Recommendation: ONE action for a dream chaser to take –

When chasing your dreams, Sylvia advises, don’t give up on the dream but most of all, don’t give up on yourself. Never allow yourself to feel discouraged and believe in the strength that has been given to you.

Andrew wants dream chasers to know that it’s totally okay to explore different niches, it doesn’t mean that you’re a jack of all trades, master of none but it helps broaden your knowledge and expertise. This makes you better than just being a master of one.

OUTLINE OF THE EPISODE

TWEETS YOU CAN USE

Strength. Confidence. Power. That sums up Andrew and Sylvia Nixon. Married 16 years and have one daughter Chloe Nixon. Andrew and Sylvia are a testimony of not giving up and chasing their dreams. From Corporate to Business Owners - Andrew and Sylvia will motivate you and give you the tools and resources to chase after your purpose!