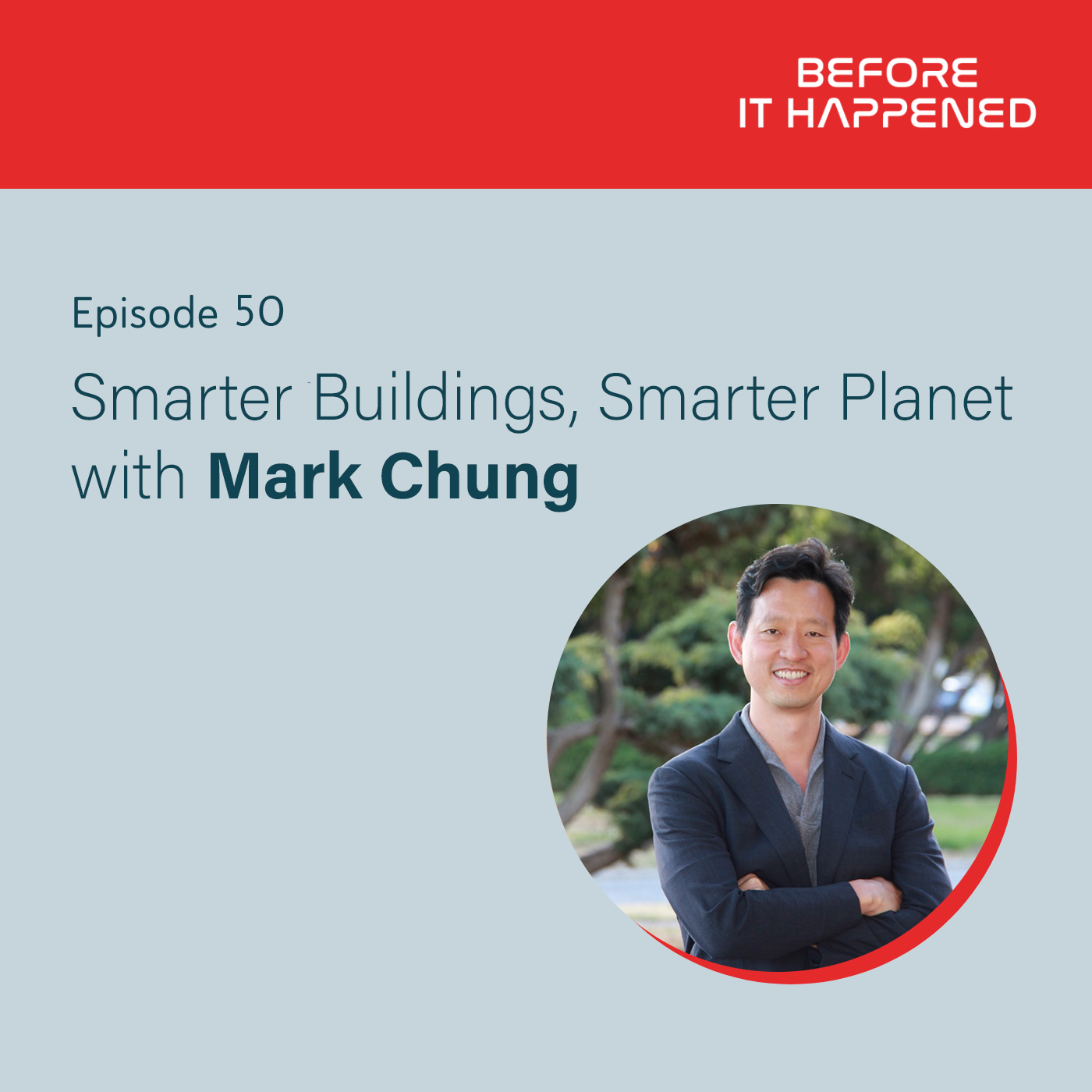 Commercial and industrial buildings waste around $200 billion worth of energy every year, and that is just in the US. Mark Chung is the Co-founder of Verdigris, a breakthrough AI-based sensor technology that helps companies monitor and reduce their energy usage. In this episode, Mark joins our host Donna Loughlin to discuss his mission to cut down on energy waste for the good of future generations, talking about how he identified an issue that went unnoticed for years and how he has since built a game-changing company that is truly making a difference.

(02:58) - Growing up in Texas as a first-generation Asian American - “I recall when I was really young having one of the first IBM PCs that was available for consumer purchase. My dad got one and he taught me how to program tic-tac-toe on it. He was kind of a programmer. I was around computers and technology ever since I was a little kid.”

(08:35) Mark’s Before IT Happened moment - “I couldn’t be just a bystander watching climate change erode when I have the ability to develop technology that could change the trajectory.”

(14:00) The desire to tackle the $200 billion energy waste problem for future generations - “We sort of came to this realization that all of these devices were actually speaking a language that AI could understand, we just needed to figure out what it was saying.”

(22:39) A problem no one had tried to solve before - “It was just surprising that even in the highest performing building with an unlimited budget to try and solve this challenge, there was no tech there. Nobody has tried to solve the problem before!”

(26:33) - The benefits of energy savings for private enterprises and the government - “In the last two years those kinds of policies, the compliance and the company emphasis on it, has really elevated the conversation of energy management.”

(34:05) - Mark’s North Star - “Everything in the world is interconnected and we have a responsibility as part of that interconnection to measure what we’re doing, and how does it impact everything else. You can’t just take a bunch of coal out of the ground, burn it up and make it someone else's problem.”

Listen to Before IT Happened’s: In the Pursuit of a Cleaner Farming, Making Great Wine and Chasing Monarch Butterflies with Carlo Mondavi