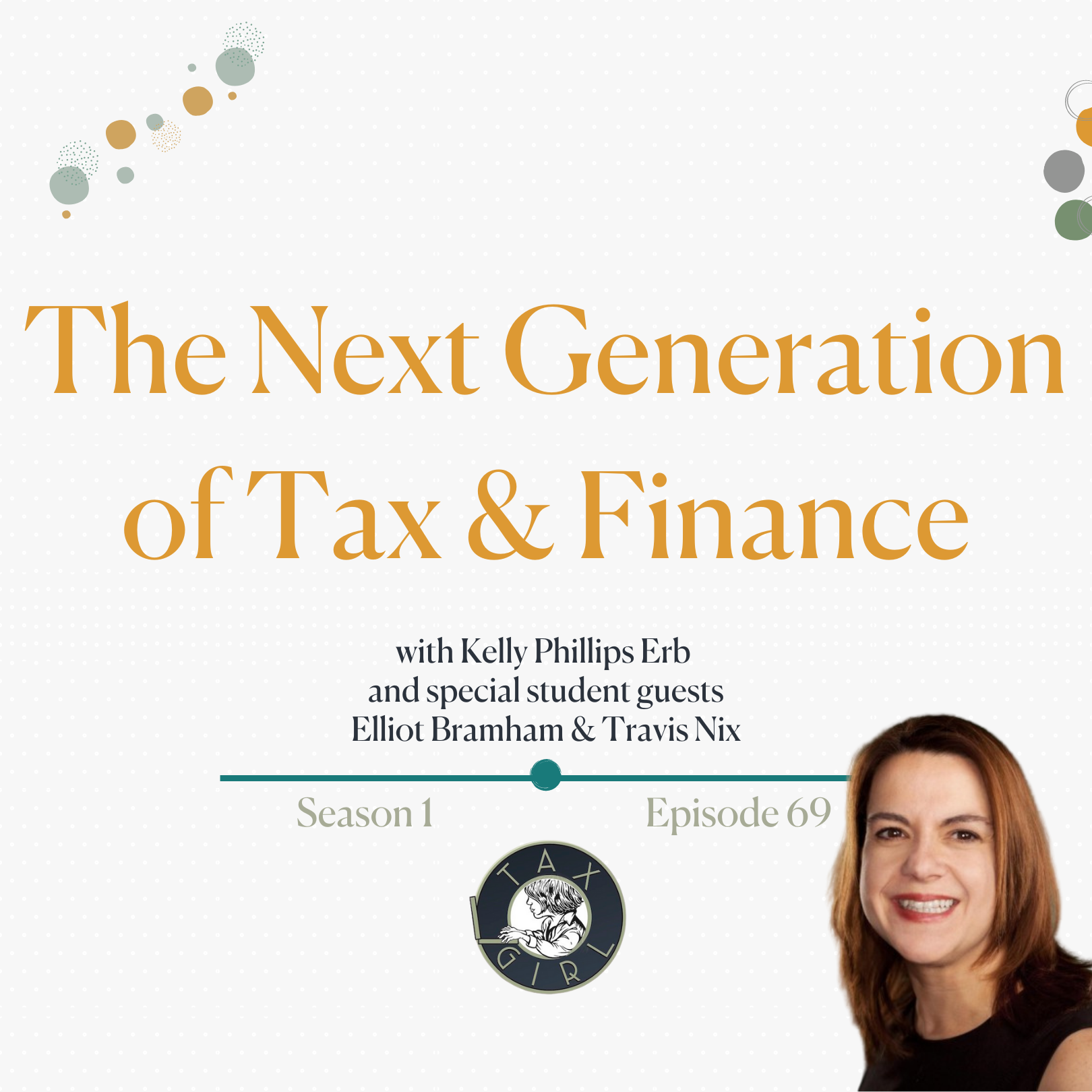 In April, Kelly announced the first Bloomberg Tax & Accounting Insights student writing competition. The contest sought to highlight the very best of student writing. A panel of judges from the Bloomberg Tax team scored and reviewed every entry, and the winners from schools around the globe represent the best young talent in the tax profession.

The best and brightest young tax students submitted topical writing to Bloomberg Tax earlier this year. Today, Kelly speaks with two of the winners about their tax writing and commentary.

On today’s episode of the Taxgirl podcast, Kelly is joined by two student winners of the 2021 Bloomberg Tax writing competition: Elliot Bramham and Travis Nix. Elliot is a student at the University of East Anglia. Travis is a student of tax law at Georgetown Law. His tax commentary has been featured in Tax Notes, Fox News, National Review, and the Chicago Tribune.

Listen to Kelly, Travis, and Elliot talk about their tax writing: