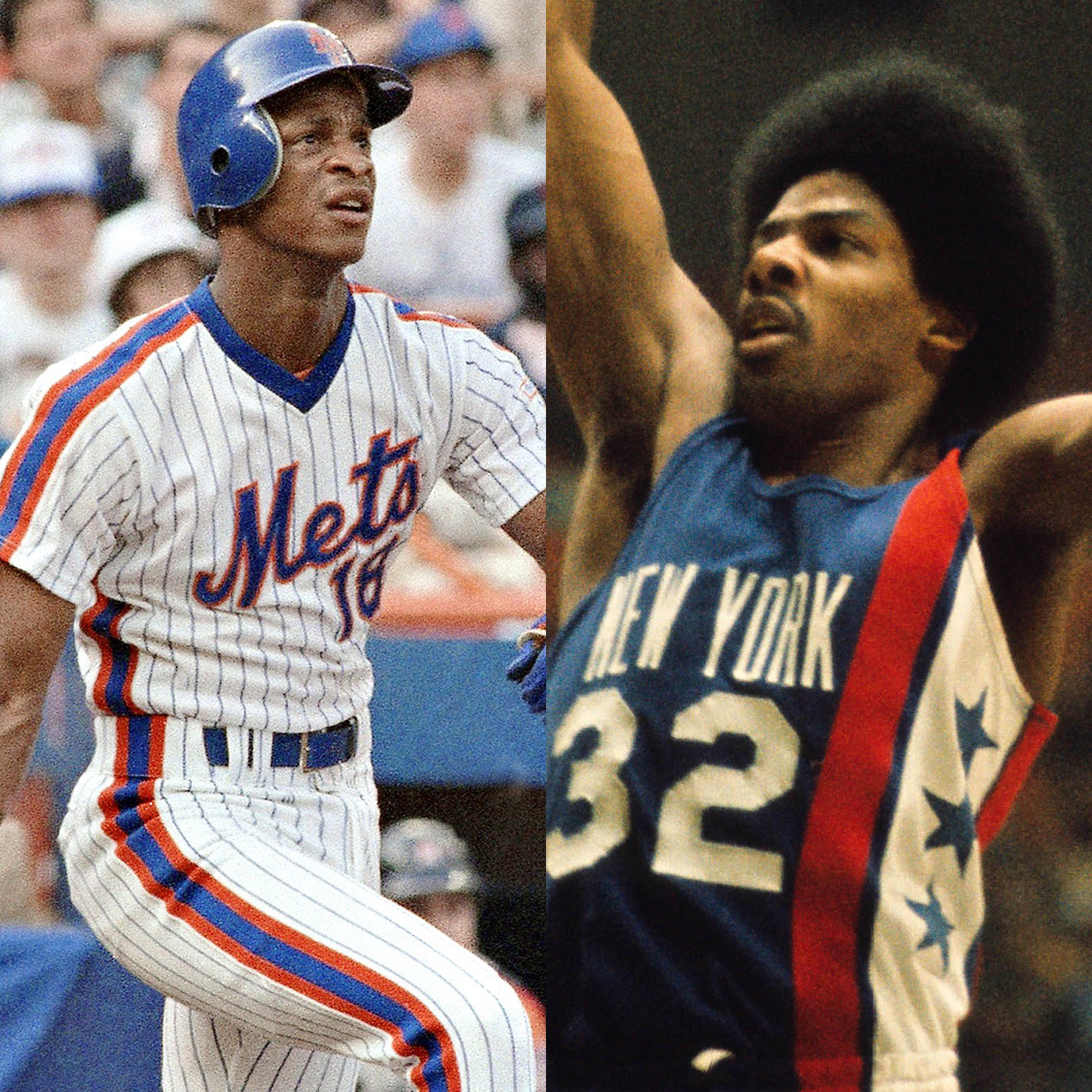 Host Bill Donohue brings in the new show by welcoming former New York Mets and Yankees outfielder Darryl Strawberry. Darryl talks about some of his favorite teams and players (Pete Rose?!) growing up in Los Angeles. Strawberry also talked about playing for Davey Johnson, losing to the Dodgers in 1988, leaving the New York Mets to play in Los Angeles, his relationship with Yankees owner George Steinbrenner and playing for the Yankees and being a part of a Simpsons episode. The Straw man also talked about his new book coming out on January 12th, Turn Your Season Around: How God Transforms Your Life and how his life and perspective has changed since his baseball career ended.

Then former New York Nets star forward and Basketball Hall-of-Famer Julius Erving joined the show as "Dr. J" talked about his favorite teams and players growing up in Roosevelt on Long Island, as well as some of the great basketball players that grew up in the area. Erving also talked about the evolution of the dunk, his relationship with basketball Hall-of-Famer Pete Maravich, the early days of the ABA and playing at the Nassau Coliseum on Long Island for the Nets, and his time in Philadelphia with the Sixers. "Dr. J" closed things out talking about his famous dunk in the 1980 NBA Finals, and later talked about comparisons to Michael Jordan and other stars that came into the NBA after him.

Darryl Strawberry played 17 seasons in Major League Baseball (MLB). Throughout his career, Strawberry was one of the most feared sluggers in the sport, known for his prodigious home runs and his intimidating presence in the batter's box with his 6 ft 6 in frame and his long, looping swing that elicited comparisons to Ted Williams.

During his career, he helped lead the New York Mets to a World Series championship in 1986 and the New York Yankees to three World Series championships in 1996, 1998 and 1999. He was also suspended three times by MLB for substance abuse, leading to many narratives about his massive potential going unfulfilled. A popular player during his career, Strawberry was voted to the All-Star Game eight straight times from 1984 to 1991. Strawberry was formerly an analyst for SportsNet New York.

"Dr. J" won three championships, four Most Valuable Player Awards, and three scoring titles with the ABA's Virginia Squires and New York Nets (now the NBA's Brooklyn Nets) and the NBA's Philadelphia 76ers. He is the eighth-highest scorer in ABA/NBA history with 30,026 points (NBA and ABA combined). He was well known for slam dunking from the free throw line in slam dunk contests and was the only player voted Most Valuable Player in both the ABA and the NBA. The basketball slang of being posterized was first coined to describe his moves.

Erving was inducted in 1993 into the Basketball Hall of Fame and was also named to the NBA's 50th Anniversary All-Time team. In 1994, Erving was named by Sports Illustrated as one of the 40 most important athletes of all time. In 2004, he was inducted into the Nassau County Sports Hall of Fame.