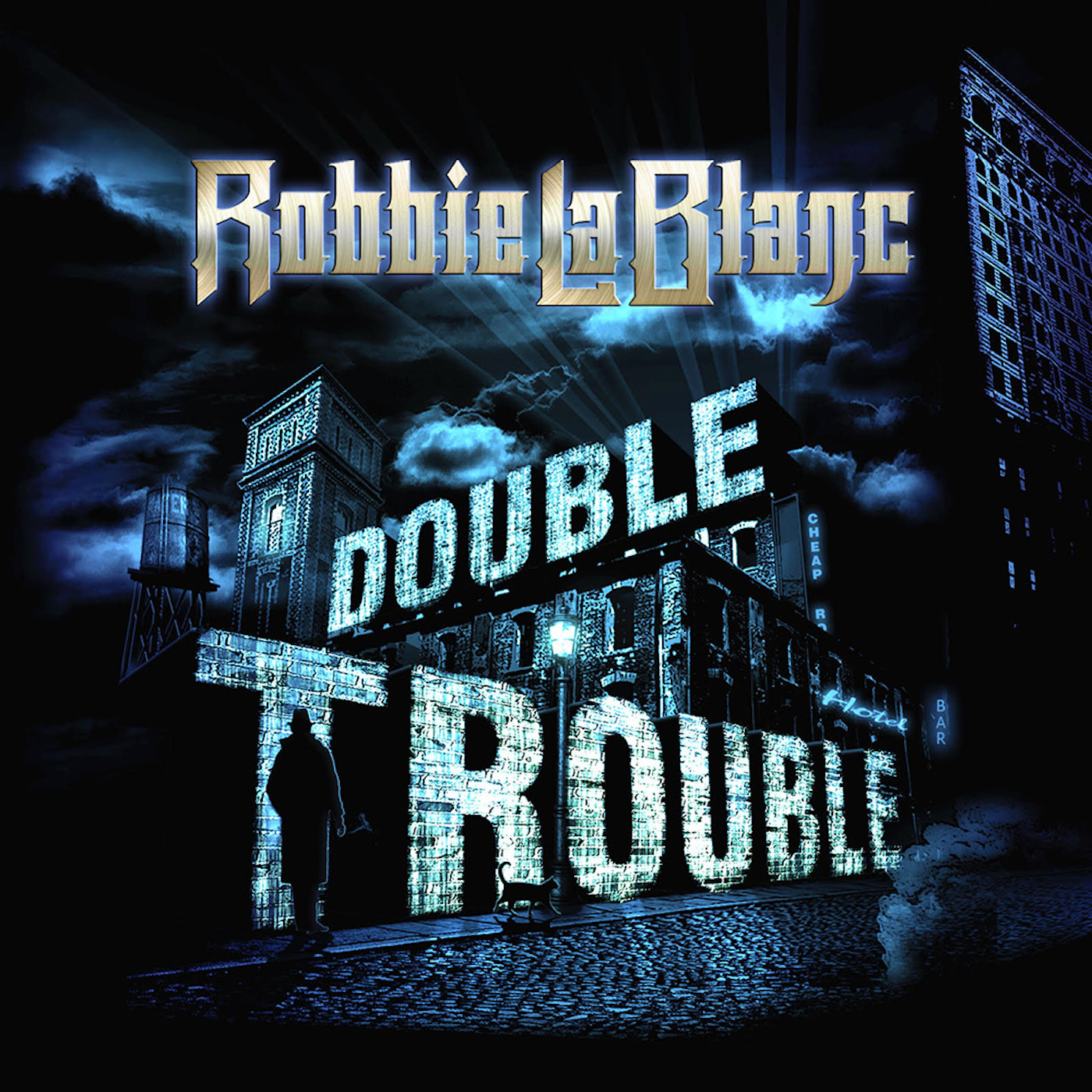 Robbie LaBlanc Gets It Right ~ "Double Trouble" with Bruce Hilliard

Welcome to the Better Each Day podcast. I’m your host and bathroom buddy Bruce Hilliard donning my new groovin’ the tunes of Rube Tubin and the Rondonnas stylish, yet comfy, wardrobe courtesy of Freya Fashion Design and Calvin Klein undies.

It's been a year since the COVID hammer came down. People. Let’s remain Fauchi-ing until it’s cool to take off our masks and dance like children of the night.

I should take a moment and apologize for the late airing of this episode. I, under the close adherence of the State of Washington’s current COVID ordinances and guidelines, performed live twice. So sorry to thousands of listeners. It’s now two days late and I’m just now publishing.

So back to the gig. It was a limited size masked audience where required, but it was almost like a religious event. A scene from a lost Back To The Future sequel where instead of Marty McFly McFlying off on some wild ass overdriven amp guitar shred, Bruce Hilliard in this flick plays for an audience that hasn’t heard live music. Or at least forgot what it was like to watch a living flesh sing and not on TV.

Sounds of a one man guitar vocal set with occasional ad libs and P’s popping in the mic. There were long distance hugs and even some tears. A scenario you’d never think possible. And it’s gonna get better, I just know it.

Today’s guest is the very talented, yet humble and happy Robbie LaBlanc. His latest release Double Trouble drops April 16th and if you like the 70s and 80s vibe, Escape Music does too and they came to guest Robbie LaBlanc and asked if he would be the lead vocalist on their new project. Robbie said yes, they recorded the album, it’s great, and here’s Robbie LaBlanc to tell us about it.

Robbie’s first break in the music business came when he met Rock and Roll Hall Of Famer Felix Cavaliere of The Rascals in CT. Felix produced the album “FURY” with a slew of great musicians in a CT studio.

After the album disappeared from the charts, Robbie signed with a management company that had Michael Bolton ties and the duo recorded at least four albums worth of material at Michael’s CT studio. It still failed to generate a record deal. When that deal ended about three years later Robbie dropped a DAT tape in Arif Mardin’s mailbox in CT. Arif called the next day and a deal with Atlantic Records was on the table. One hurdle to go, a showcase with the new Atlantic regime. Again, it proved disappointing, no deal.

At the suggestion of a friend, a CD was sent to Frontiers Records and the two “Blanc Faces” records were done in 2005 and 2009.

Robbie then signed on to sing with the “Find Me” project which has received some great reviews on all three releases.

Robbie also sings lead vocals in a band called East Temple Avenue which will have it’s first release in 2020 as well. ETA is comprised of members from various bands like “Work of Art” and “Cruzh” along with Darren Philips (founder) and Phil Lindstrand.

In 2019 Robbie hooked up with Escape Music to do a “70’s and 80’s vibe” record and Robbie loved the idea. The result is that a solo record will be coming in 2021, written and produced by Steve Overland and Tommy Denander. The songs are fresh and vibrant, just what we need in these troubling times and with Robbie’s powerhouse vocals leading the way then we are all in for a real treat.