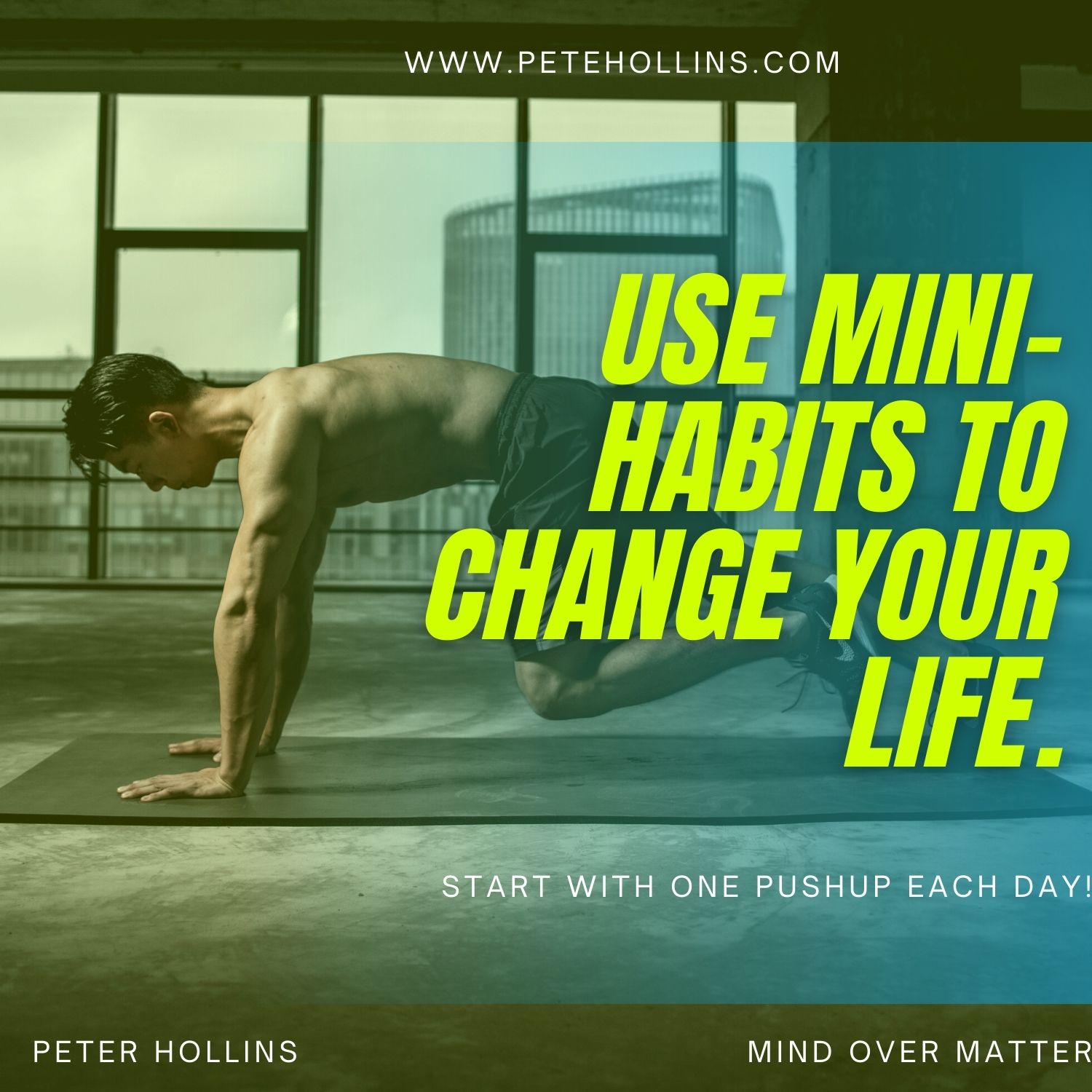 Ever since my late high school years, I've always wanted to be disciplined, but no matter how hard I worked or what I tried, I just wasn't. The habits I developed as a kid did not allow for discipline; they allowed for unlimited video games. And in my (10-year) journey to find a way to create better habits, I discovered something fascinating about discipline - it's not at all what it appears to be.

If you were to picture someone disciplined, who would you see? Maybe someone in the military, as soldiers are supposedly the quintessential picture of discipline. They would likely appear upright and tall, putting forth great effort to be disciplined. Or perhaps they would be performing a strenuous workout requiring their full focus and dedication.

This is indeed what discipline looks like, but the way discipline looks is different than the way it is achieved. To give you an idea of what I'm getting at, imagine the laziest person on earth. They're probably on the couch with a bag of chips splayed across their chest.

Now that we have two images of discipline and laziness, let's dive deeper into how these people got there. The common assumption behind discipline is that it consists of effort, but looking at this lazy individual and looking at this upright soldier, is the only difference between them effort?

If a trained soldier and a lazy person put forth maximum effort, would it look the same? Or is it possible that one of them is capable of exerting more effort than the other? I'm not speaking merely of physical effort, but of mental effort.

While most people see the difference between discipline and laziness as purely effort and sheer will, the lazy couch potato and the disciplined soldier are not as different as they appear. These two people actually exert close to the same amount of effort. In fact, a lazy individual often exerts more mental effort in failure than a disciplined person exerts in success.

My breakthrough was odd. In my late 20s, I experienced a breakthrough. I didn't see it coming because it sure didn't look like I expected it to look.

When I thought about becoming a better version of myself, there were fireworks, dancers, epic music, and confetti. In the midst of the epicness, I imagined doing epic things like climbing mountains, lifting cars up mountains, and, well, basically just dominating mountains in various ways, be they real or metaphorical mountains.

But the thing that changed my life after 10 years of experimenting was actually embarrassing. I changed my life and became more disciplined by doing one push-up a day. I called it a mini habit and wrote a book about it that's since changed thousands of lives in 17 languages.

Against the best athletes in the world, you can try four or five times as hard as them, and they would still crush you in their sport. Their training and ability are so far above yours that they can dominate you in autopilot. It's no different with discipline.

In preparation and experimenting for my upcoming book, I went into a slump on purpose. I decided to stop exercising for a month and a half. It was one of the most difficult things I've ever done. As someone who has an exercise habit, it was extremely difficult for me not to exercise. I craved it. It was reminiscent of the difficulty I used to have getting myself to exercise.

Do You Want It Enough, or Is That the Wrong Question?

In my book, Mini Habits for Weight Loss, I posed a question. If people don't want to lose weight enough, why are they spending $64 billion a year on weight loss products? People like money, and they generally spend it on things that they want and care about. So the narrative that people don't care about their health enough and simply don't desire healthy change enough contradicts billions of dollars of spending.

When in doubt, believe what the money says. If a company says it loves you and never gives you a raise, look for a new job. If a company sponsors a study that makes its product or service look better, be suspicious. If people spend $64 billion on something, believe that it matters to them. A lot.

I've learned through research on the brain, self-experimentation, and observation that we are more robotic than we care to admit.

I get it. Nobody wants to be a machine. But the brain needs to operate like a machine in some ways to conserve energy. Imagine having to consciously decide to breathe, pump blood, or urinate. You'd have no energy left to think, let alone play racquetball.

We think of habits as things like smoking or brushing our teeth, but habits can drive automated or semiautomated thought patterns and feelings, too - thought patterns for deciding to skip leg day again (I've got a few for this one, but I'm working on it), for justifying another TV episode, and so on.

The couch potato has trained for couching and potato-ing for many years. The soldier has been immersed in a forced-discipline environment for months or years. Through repetition, they have each become accustomed to those particular ways of living. Anything that falls outside of their habitual patterns is automatically difficult to sustain. That's why a lazy person and a disciplined person are having the same human habit experience, but with polar opposite results.

In a role reversal in which the lazy person and disciplined person switch lifestyles, both of them would struggle to adapt. We already know lazy people struggle with discipline, but disciplined people also struggle with laziness. We don't see that side of it because nobody really tries to be lazy as a rule. I probably struggle with ballet, but I've never tried it and nobody wants to see me try it (can you believe I've gotten zero requests for this?), so nobody talks about it.

This brings us back to mini habits. How did such a small behavior work for me and so many others to cultivate discipline?

It's simple. A small behavior is nonthreatening to your current lifestyle. It's the same reason why people who try a cigarette sometimes become chain-smokers. We underestimate the power of a single step because we tend to look at the size of the movement while completely underestimating the power of changing our direction.

When I committed to doing one push-up per day, I wasn't just doing 365+ more push-ups per year; I was positively changing my direction every single day. In time, this new pattern got some footing, I scaled my exercise up to "normal levels," and now I look like a disciplined exerciser. Yes, me, Mr. 10 Hours of Video Games Per Day That One Semester in College, Senior.

But it's funny to me that I could ever appear disciplined in any way when I know I'm the same lazy chap at heart that I've always been. My change was never a decision to stop being lazy; it was the natural result of calculated mini-habit training. That daily consistency changed my brain to not only be able to exercise but want to exercise like I need to for health and wellness.

It's also important to note that my lazy habits haven't just disappeared. I'm still able to play video games for hours at a time. But I'm also able to exercise every day, so I look more disciplined, even though I'm not trying any harder than I was.

Here are some examples, and note that in each case, the minified behavior arguably makes it easier to continue doing more than to quit.

Have a thriving garden = pull one weed per day

It's a simple and easy strategy to follow, but the results can be mind-blowing, especially if you're used to setting high targets and sometimes failing to hit them. When you take a small positive action every day, you enable your brain to acclimate to the new behavior in a safe and effective way. Once you break the inertia and the ball starts rolling, things get easier and easier. A mini habit is just the starting point, but that's the most important part of discipline.

I hope this changes the way you view discipline. It's not a battle of will as much as it is a process of training, strategy, and consistency. Effort matters, of course, and will be often unavoidable, but those who master habit formation will have greater discipline with less effort.