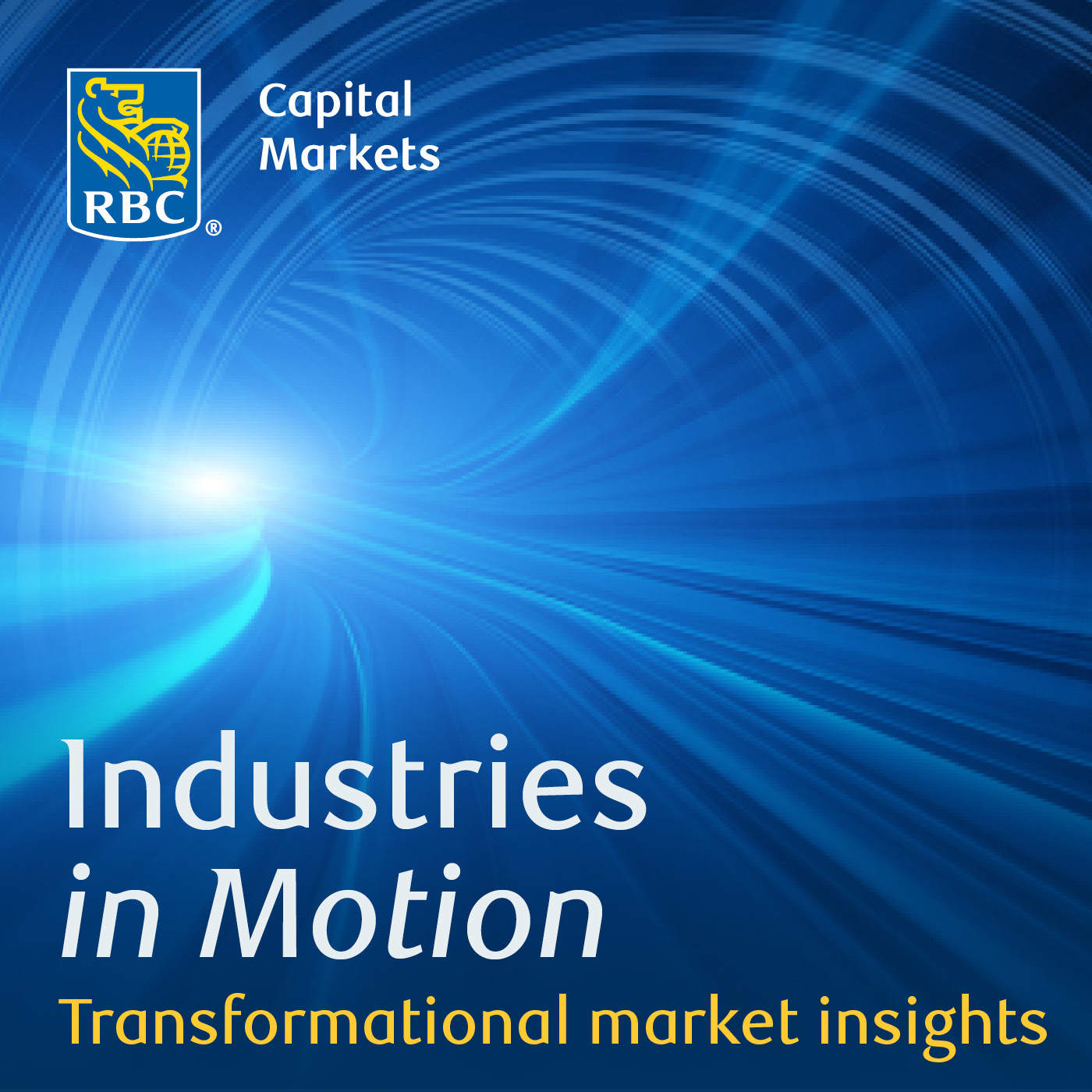 The Invasion of Ukraine has led to a number of large consumer brands divesting their Russian businesses. James Edwards Jones and Emma Letheren both Consumer research Analysts, discuss with Michael Hall, Head of European Research, how brands have reacted to the crisis and consumer expectations. Also what the effects have been on the wider consumer Industry.  Listen to the full podcast here

come to the industry in motion podcast from RBC capital markets, where we'll be exploring what's new and what's next in today's fast moving markets and industries to help you stay ahead of the curve. I I'm please listen to the end of this podcast for important disclosures. I'm Michael Hall, head of European research at BC capital markets. It's Tuesday 29th of March, 2022. And I've been joined by my colleagues, James Edwards Jones and Emma leathern who cover the European consumer staples sector over the next 10 minutes or so we'll be discussing the implication, uh, of Russia's invasion of Ukraine for the European consumer staples sector companies like assay L'Oreal Heineken and British American tobacco. So, James, let's start with you, which of your companies do business in Russia?

Hello Mike, the companies we cover well spread geographically, that means most of them have had some sort of exposure to Russia and Ukraine up until now. I say up until now, there's quite a few have announced plans to divest their Russian businesses. Recently, for example, the most exposed in a coverage has always been Carlsburg the market leader in both Russia and Ukraine with a share of the beer markets between a quarter and a third in 2021, about 13% of Carlsberg sales came from Russia and Ukraine going forward. This will no longer be the case as yesterday. Carlsberg announced its decision to divest its Russian business. The others with significant exposure are DN and Henkel DNS, the market leader in Russia in yogurt and the number two after Nestle in infant milk formula, Henkel has position across its portfolio in beauty home care and adhesives for these two companies. Russia was five to 6% of sales last year for the rest of the sector. It's typically between two and 3% of sales.

Emma. Um, James mentioned, Carlsberg has obviously decided to exit Russia. Who's doing what with their Russian businesses, for the, the rest of the companies you cover.

It varies all the companies we cover have stopped imports into Russia, as well as exports from it for finished products, at least the majority so that they will also stop investment there. That includes advertising marketing as well as supply chain investment. But this means that they can still sell products produced in Russia to Russian consumers. Generally that's the business model of these companies. They produce locally for local consumption. There's not a huge amount of shipping products across borders going on. So this amount to most doing something less than a complete cessation of business in Russia, but that's not the case for everyone. The tobacco industry led the way with Imperial brands and British American tobacco, both saying they were going to stop doing business in Russia all together. More recently, Carlsberg, as you've mentioned, Heineken and Nestle have all announced something similar. Although Nestle plan to continue supplying what it deems to be essential products, namely infant milk formula and medical nutrition.

Okay. That's interesting. Uh, in a report you published a couple of weeks ago, James, you took Russia and Ukraine out of your forecast in entirety for all of the sector. That's not what Emma's just described. So could you tell me why you're doing that?

It's not our job to make moral judgments, but the people who buy the products, outcomes they're selling can and will make moral judgments. All the companies we follow are complying with the letter of the law in terms of sanctions and in most cases going further than that, but that's not necessarily the same as doing what consumers want them to do. We think of these companies first and foremost, as brand owners and marketing businesses, rather than manufacturers of food and dream so on they're experts at figuring out what consumers want and making a lot of noise about giving it to them right now, what a lot of consumers want is for these companies to get out of Russia is notable. For example, that Nestle's decision to limit its sales in Russia to infant formula and medical nutrition products can short the art president Linsky of Ukraine called out Nestle by name as a company that was still doing business in Russia. I dunno how much influence it had, but it's interesting that Carlsberg Nestle and Heineken had very significant brands that shared the same names as the companies, maybe management was worried about, about the brands being 10 by the actions of the companies.

So what you're talking about then is really reputational risk.

Yeah, exactly. In our job, we often talk about reputational risk as a slightly abstract concept. This situation, however, is anything but abstract. Remember what James said earlier about the size of most of these in these Russian businesses? For most it's 3% of sales or less every company we cover sells multiples of what it sells in Russia in the rest of Europe and north America, even Carlsberg. So from a purely financial point of view, it would make no sense to cling onto Russian sales and jeopardize them much bigger markets elsewhere. In addition, in our experience, when consumers turn against a brand, it can take a long, long time for it to be rehabilitated. That's why we think Imperial brands, British American tobacco Carlsberg, Nestle, and Heineken are just the first in a wave of companies that, or getting out of Russia.

So seems quite a straightforward process then

Actually it's not first there's the product. Some really are essential. If necessary stopped selling infant formula and medical nutrition products, it would cause real hardship for Russian consumers. You can't take the same if you're selling alcoholic drinks or cosmetics or cigarettes, but in some cases, at least withdrawing essential products is not a painless moral choice. Then there's a question of what happens to the asset, not to mention the employees of a business shuts up shop on the assumption that the Russian government is not going to be sympathetic to companies that simply hand back the keys. It seems probable that their operations will be nationalized effectively making a significant financial contribution to the Russian government. The best solution we can think of is to transfer the assets to the employees, but this has problems of its own. It ensures the continue to supply of the very products that the owners were trying to prevent. And what about the brand? If this is all done, acrimoniously with hostile government in Moscow are brand owners going to be able to withdraw the brand and prevent the new owners, continue to them with impunity.

Okay. So there's, there's clearly no easy answer then to the many questions, uh, being posed here, but it does seem from a PR perspective, at least companies like L'Oreal Unilever, Deon, and re are running severe risks to their reputations by doing very little or less than the others have done moving on. Then the let's talk about the, uh, we've talked about the sales impact. What about profits?

Ultimately, if these companies sales in Russia go to zero, their profits are going to zero as well. Their Russian businesses just won't exist. That said in the short term, it could be even worse than that. The companies that have pulled out already are generally continuing to pay their employees salaries for the time being therefore, if sales are zero, but costs are more than zero, the businesses are actually going to be loss making. And even the companies that are continuing to do business in Russia are mostly saying that if the businesses are not going to make any money year or if they do make any profit, that profit will be donated towards humanitarian efforts in Ukraine.

Okay. That's really interesting team. Thanks for that. A final question for me, are you seeing any impact from the war beyond Russia and Ukraine at the moment

So far? We're not mine, although it's probably too early to say we of confidence what's going to happen. Next, the companies we follow sell everyday products, consumer staples, the clues in the name, we would expect them to be relatively insulated from any economic disruption. Not all the same extent. Mind you food generally is more defensive or resistant to economic pressure than beverage is say, or cosmetics. Therefore, even if the combination of high inflation and dark consumer confidence tips over into a recession, we think the consumer staples sector will weather it in reasonable shape. That was certainly the case. If we look back to the financial crisis from 2008 to 2011, having said that there would be a significant risk of down trading of consumers, buying cheaper brands or retailers own label products, more than they have been. The companies we cover don't manufacture own label or private is it sometimes called products.

They're predominantly marketing companies selling branded goods at a 10 to 15% premium price point. If trading down really sets in unlabel products have a big advantage. They don't need to spend anything on marketing as a very broad approximation. The branded consumer companies, we follow spend about 10% of sales on marketing with another couple of percent on research and development and label manufacturers can spend much less on this too, because they're getting a lot of their ideas off the branded companies. It should be easy for private label companies to maintain this price discount, their branded counterparts. And if brand loving consumers are motivated enough to save money, this will be hard to resist. Therefore, even if demand for food beverages and cosmetics remains relatively intact in a recession, the challenge for the brand owners and our coverage will be to cling onto their consumers.

James Emma, thank you very much for your time. That's been really interesting insight into the Russia Ukraine situation from a rather different perspective. What else lies ahead in today's ever evolving markets and industries? We will be keeping track right here on industries in motion. Make sure you subscribe to industries in motion wherever you listen to your podcast. Thank thank you for listening to today's episode.

This content is based on information available at the time it was recorded and is for informational purposes. Only it is not an offer to buy or sell or a solicitation and no recommendations are implied. It is outside the scope of this communication to consider whether it is suitable for you and your financial objectives.