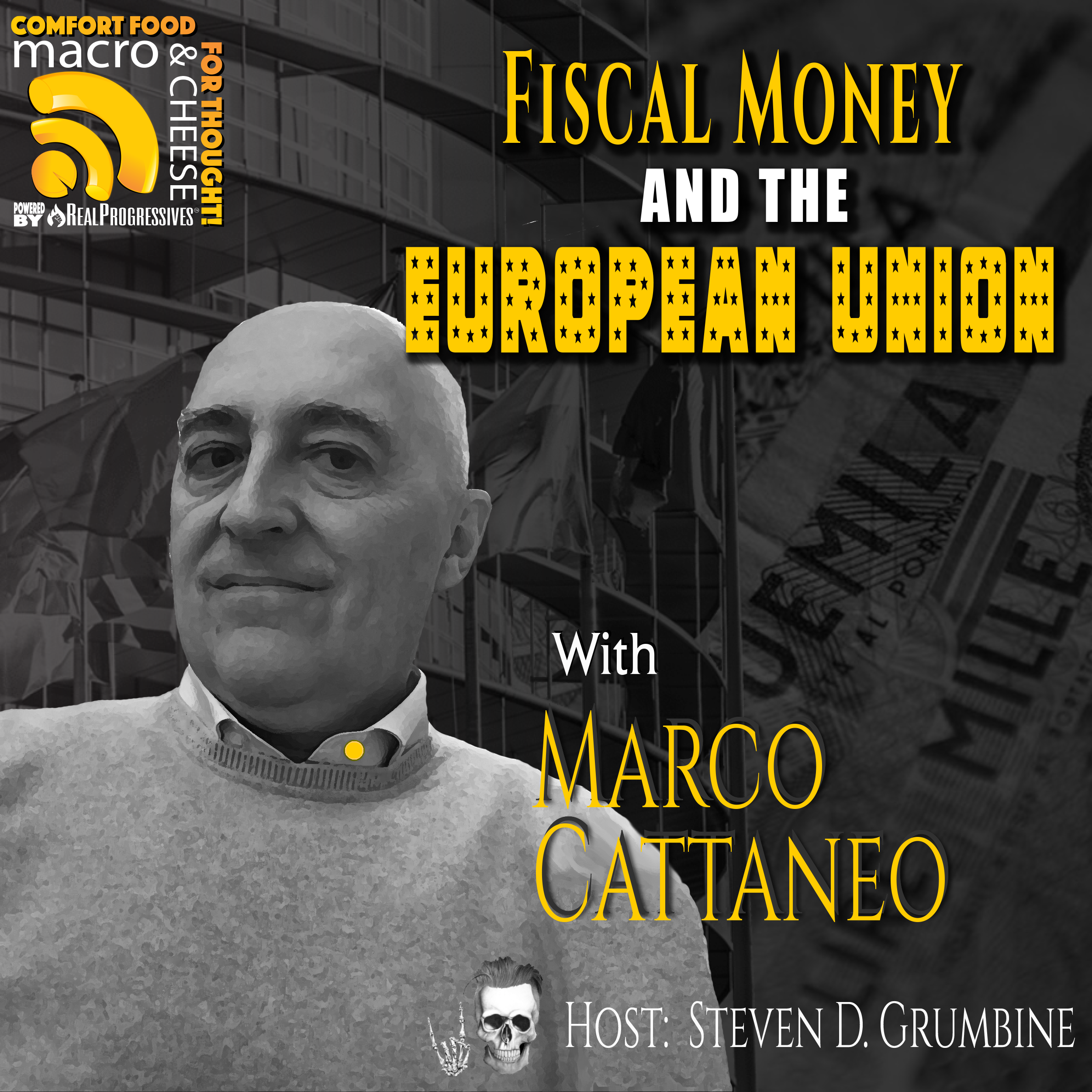 Even a very dysfunctional system is beneficial to somebody. And that's the reason why changing course is difficult.

Economist Marco Cattaneo joins us this week to talk about “fiscal currency” and how it could provide a partial solution to the economies that haven’t fared so well from the adoption of the euro, the currency being used by 19 of the 27 countries of the European Union.

The shared single currency has proven to be too strong for some and too weak for others, making it difficult to set up interest rates and trade relationships that work well for all of them. But more consequential are the restrictions placed on fiscal policy, forbidding EU nations to generate deficits beyond established thresholds. Thus, they are deprived of a valuable governing tool. Each country has been forced to reduce public investments, including public health expenditures, causing a deterioration in the quality of health systems throughout the European Union. This has been reflected in the handling of the COVID crisis.

Fiscal money is basically a financial instrument or security, which can be used by citizens to offset their tax obligations. In explaining it, Marco reminds us of one of the basic principles of Modern Monetary Theory -- that money is a tax credit. An EU nation, like a US state, is a currency user. Italy cannot issue euros.

...but nothing prevents us from issuing tax credit certificates, which can be used in order to support income, to support expenditures, to fund public investments, and to basically recover the amount of economic policy flexibility which will be needed not just in order to recover the political impact of COVID, but to recover all the damages that neoliberal policies taken under the euro created in the countries such as Italy.

While Marco believes it was a mistake to create a single currency for the EU, he recognizes that discarding it is a political improbability. It will be easier to garner support for fiscal money.

For a deeper dive, we recommend the articles linked below. Both are in English. You’ll find another example of a parallel currency in our episode Unis for All with Scott Ferguson and Ben Wilson

Marco Cattaneo is an Italian economist and co-author of La Soluzione per L'Euro. His blog is Basta con L’Eurocrisi.