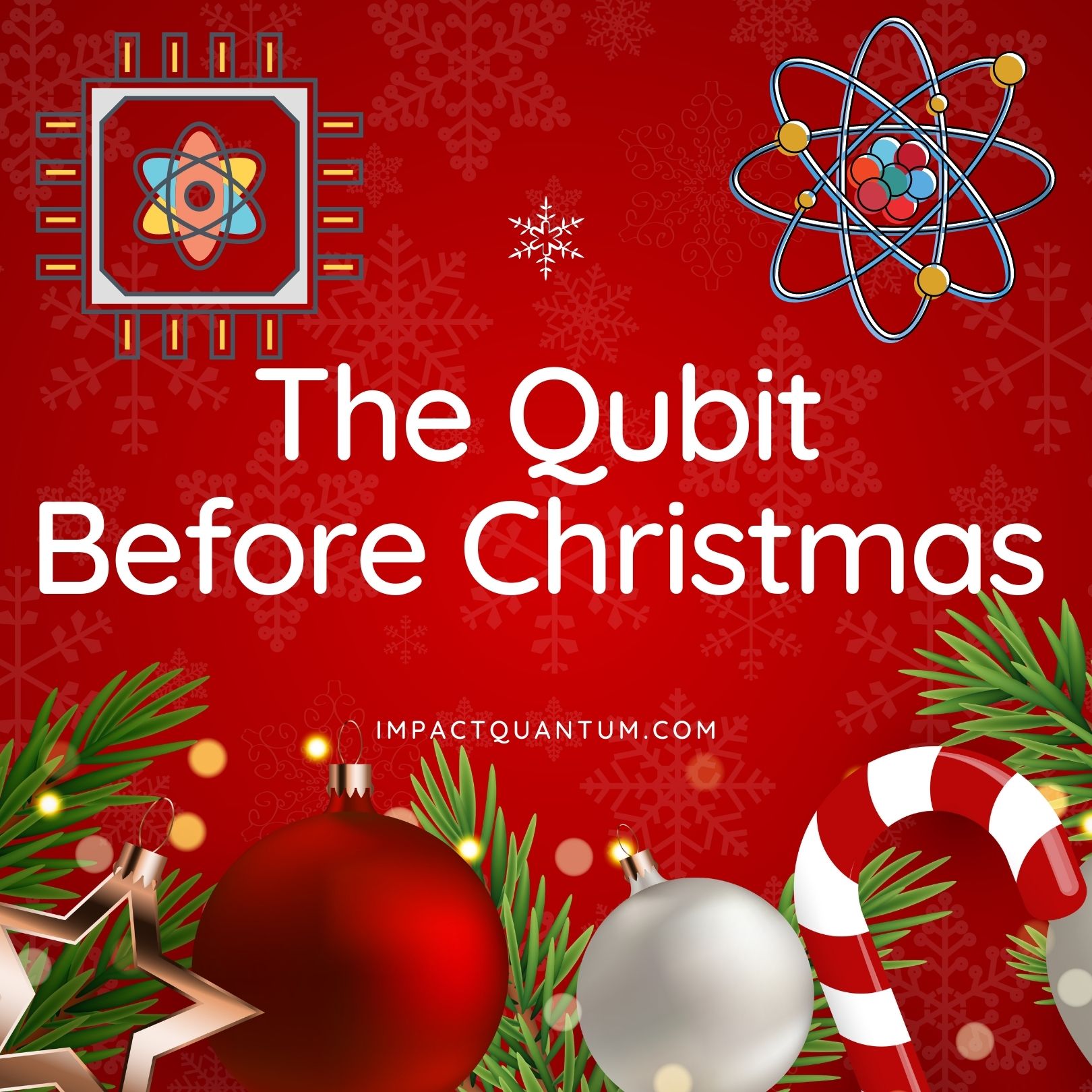 in this episode, Frank reads "The Qubit Before Christmas" a quantum inspired version of the holiday classic poem.

The Qubit Before Christmas

'Twas the Qubit before Christmas

And all through the house

Not a creature was stirring; not even Schroedinger’s mouse

The researchers posted their papers with care

In the hopes that quantum error correction would soon be there

The VC’s were nestled all snug in their beds

While Visions of Quantum led IPO’s danced in their heads

And mamma writing her theses and I in my hat

Were wondering if we should check on Schroedinger’s Cat

When out in the cosmos there arose such a clatter

I was certain it was dark matter

Hoping to get a good explanation from 3Blue1Brown

The video was helpful; but I was still a little confused;

There stood the ghost of Steven Hawking, who was quite amused.

And he whistled, and shouted, and called them by name:

On Bohr! On Feynman!

As perhaps, God does play dice.

If you’re lucky, the game you may win

And we can harness the particles’ spin

To have any hope of quantum supremacy

We have Bose-Einstein Condensate,

But still mustn’t be late

The hype cycle waits for none

For, if we do not progress, deals will be undone

With that he withdrew, his bells they jangled

May your particles be entangled

He shouted as he took flight

Merry Xmon to all and to all a good night!