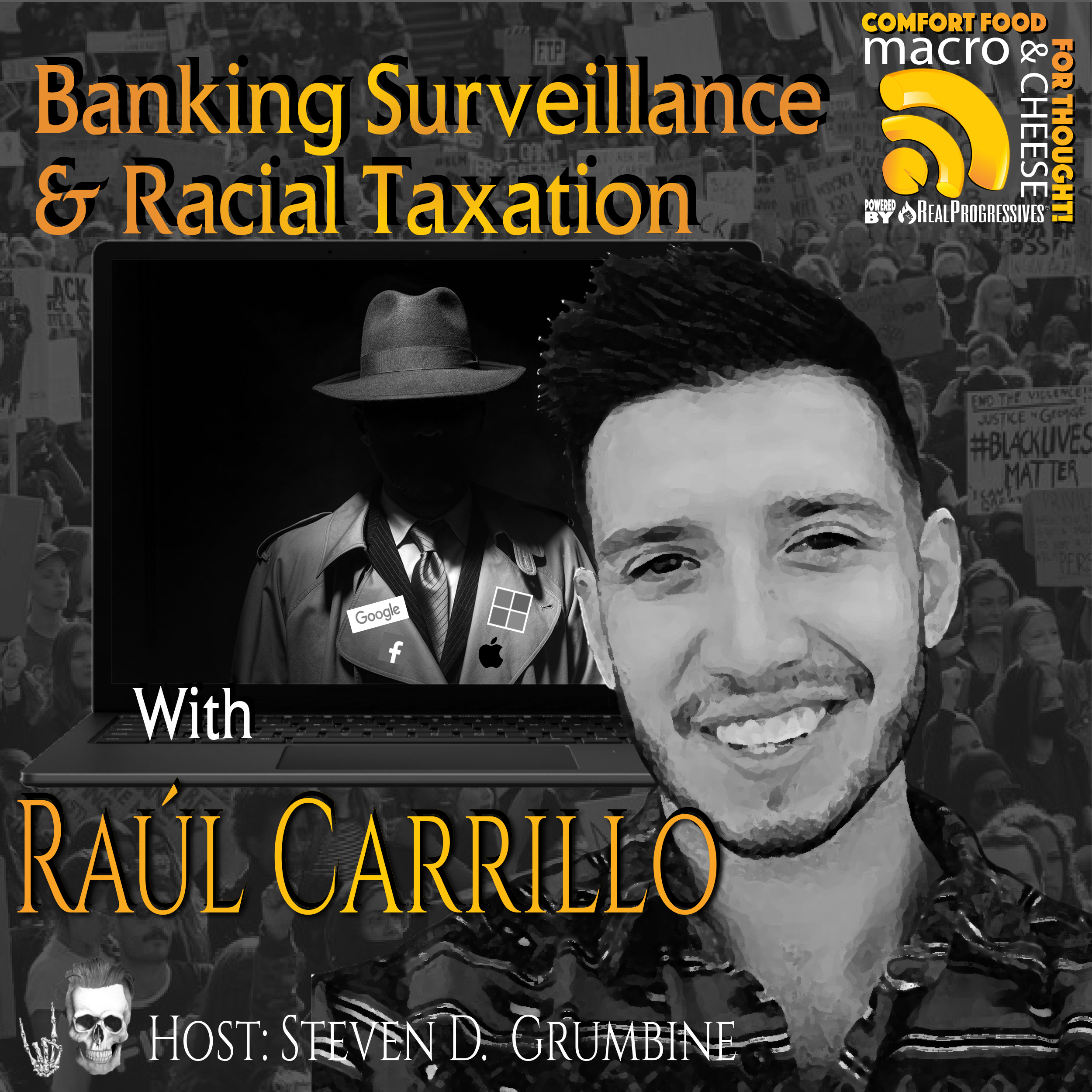 A discussion of racial taxation and private digital currency may seem like two disparate subjects. Raúl Carrillo’s genius is his ability to explain these things in such a way that their intrinsic connections are unmistakable. Just as there is racialized taxation, we also have racialized surveillance, and private digital currency is definitely in the surveillance business.

Previous episodes have spoken of the effects of racial taxation, creating a disparity in public schools due to the inequities in local property tax funding schemes that pay for education. The same kind of taxpayer pressures that have defunded the schools have combined with the starving of federal support for the states, making it hard for local governments to provision themselves. States and municipalities resort to collecting fines and fees through petty crime designation, using the courts and incarceration as a funding source. The burden falls heavily on poor and oppressed minorities. These problems come from neoliberalism’s core embrace of austerity. Mass unemployment results in near-mass incarceration.

A theme running through Raúl’s scholarship and our collective activism is that if something is a right, or is integral to due process and constitutional safeguards, then it should be funded by the federal government. Otherwise, what does it mean to have fundamental rights in this country? The government is willing to spend unquantifiable sums defending the rights of property while insisting it’s too expensive to provide jobs, healthcare, and housing.

When the government doesn’t meet the people’s needs, it creates a vacuum that forces them into debt, turning to the predatory lenders who have built an industry on the backs of the needy. And now Wall Street is increasingly serving fewer kinds of investors. When Wall Street decides it’s no longer profitable to prey on the poor, Silicon Valley is offering an alternative that is predatory in its own way.

Raúl recently produced a Black Paper on Libra, Facebook’s foray into the digital currency market. Most cryptocurrency doesn’t have retail value, so much of the activity is through speculation. Libra is an attempt to create a stabilized private money, which introduces a new set of dangers. Steve and Raúl devote a good portion of the interview looking at the different levels of threats that are posed by turning over the reins of currency creation to tech corporations. Libra is connected to Facebook and Uber, but Google and Amazon can’t be far behind with their own projects. Silicon Valley is now in the debt game.

With public money, we can still demand some degree of protection for our privacy rights. Facebook’s entire business model is based on surveillance; it knows what you’ve bought, where you’ve been, what you like, and who you hang out with. Police have been using Facebook’s facial recognition to identify Black Lives Matter protesters. It’s hard to imagine enforcing legal protections when Facebook has been breaking promises to (defanged) regulators for years.

For the US, public-private partnerships have crowded out government spending on social needs. For us MMTers, using the public purse for the public purpose is of seminal importance. A private currency, spying on us all, cannot be tolerated. We need to multi-task - wed the anti-racist, decarceration, and abolitionist fights with a vision of public money spent in a way that allows people to flourish.

Raúl Carrillo is the Board Chair of the Modern Money Network and a Research Scholar at the Global Institute for Sustainable Prosperity. He sits on the boards of the National Jobs for all Network and the Our Money campaign.