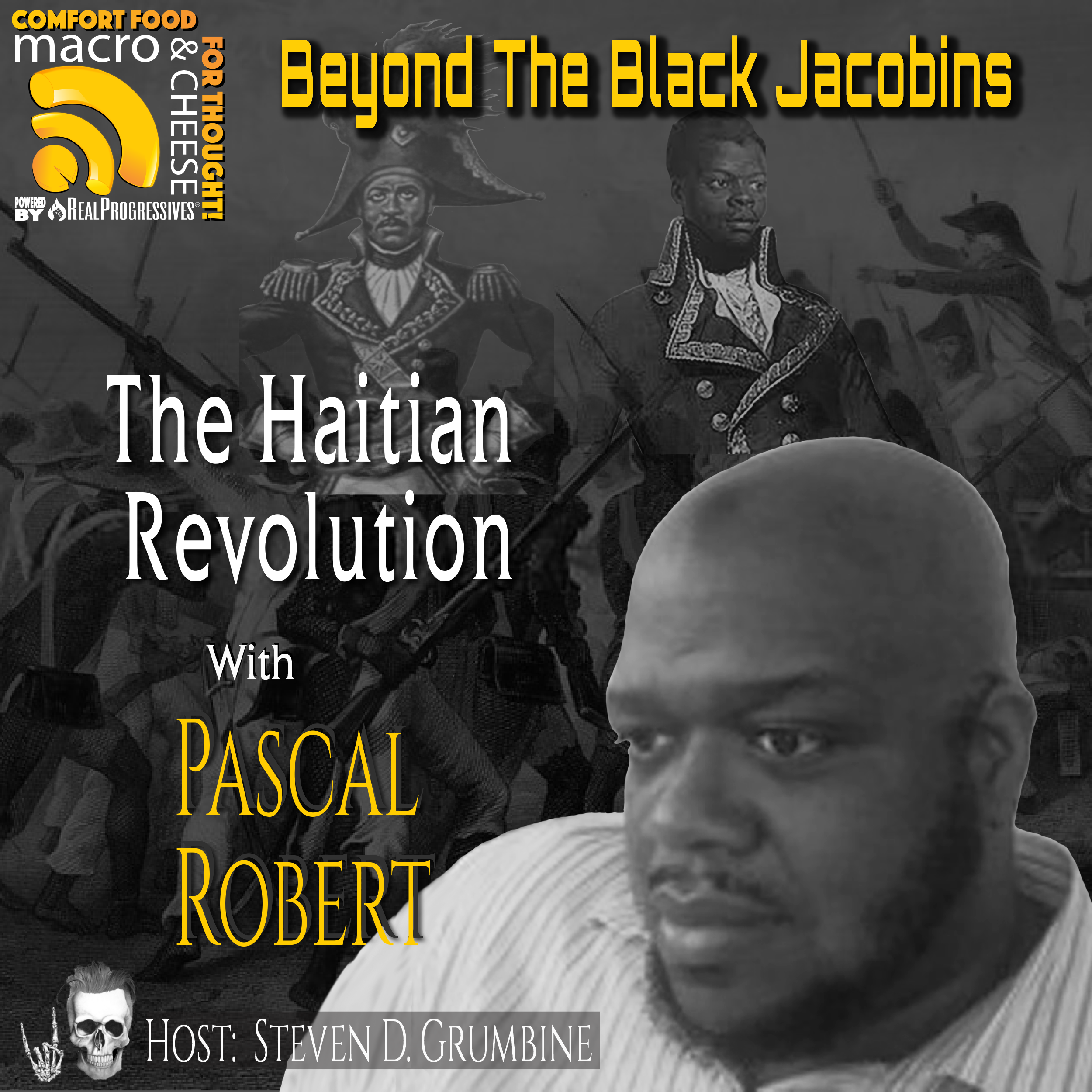 In the US we are taught history from the point of view of the colonizers. The heroes are the victors, and the victors are the ruling class - the oppressors and exploiters - reconfigured to appear dashing and noble. When truth falls outside of this heroic narrative, it’s distorted or buried.

Our guest this week, Pascal Robert, pulls back the curtain to reveal the story behind the myths of the Haitian Revolution. His work appears in Black Agenda Report and many other publications, and he’s co-host of the “This is Revolution” podcast.

The Haitian Revolution was an earth-shaking event that changed the course of history. It was the first successful slave revolt, resulting in the first Black republic. The stakes were enormous: the 13 colonies of the British empire combined brought less value than Haiti brought to France. Because of its sugar, rum, coffee and tobacco, pre-revolutionary Haiti, called Saint Domingue, was possibly the most valuable colony in the western hemisphere, giving a clue as to why the plantation system was so brutal.

American exceptionalism extends to believing slavery in the US was the most brutal and vast in the world, but Robert’s evocative descriptions of the brutality of the plantation system are beyond imagination. When the revolution arrived, the liberation fighters were well-prepared and motivated.

Robert is a riveting storyteller with a potent message. His take on “white supremacy,” provides a taste:

A large part of how I view the history of slavery, race, and racism comes from the fact that I am Haitian … I come from a country where slaves destroyed the three greatest European empires at the peak of their power. I don’t see white people as supreme at all. I'm not mystified by white power in any way.

The history of Saint Domingue is riddled with class and racial strife that carries forward to modern day Haiti. Robert explains the roots of those divisions, the material conditions that created them. He tells us why he considers Mackandal’s Rebellion - three decades earlier - the opening salvo in the revolution. He debunks the glory of Toussaint L’Ouverture and shows Jean-Jacques Dessalines to be the true hero. Robert brings us vivid tales of military strategy, geopolitical missteps, and voodoo.

However much you think you know about the Haitian Revolution, this episode will excite and enlighten you.

Pascal Robert is an essayist and political commentator whose work covers Black politics, global affairs, and Haitian politics. His work has appeared in the Washington Spectator, Black Commentator, Alternet, AllHipHop.com, and The Huffington Post. He is a regular contributor to the online publication Black Agenda Report and is the current co-host of the THIS IS REVOLUTION PODCAST, which is live streamed via YouTube and relevant social media on Tuesdays and Thursdays at 9 pm eastern standard time and Saturdays at Noon. Pascal Robert is a graduate of Hofstra University and Boston University School of Law.