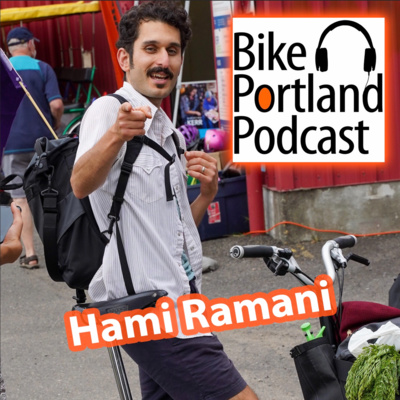 In just a year since moving to Portland, Hami Ramani (@HamiRamani on Twitter) has become a formidable voice on the local bike scene. He leads the weekly PSU Farmers Market Ride and is a constant presence online (and off) as an agitator for better bikeways. He's also active with BikeLoud PDX. We talked about why he moved to Portland, his impressions of our bikeways, how he enraged haters on Twitter for saying bad things about big trucks, and more.