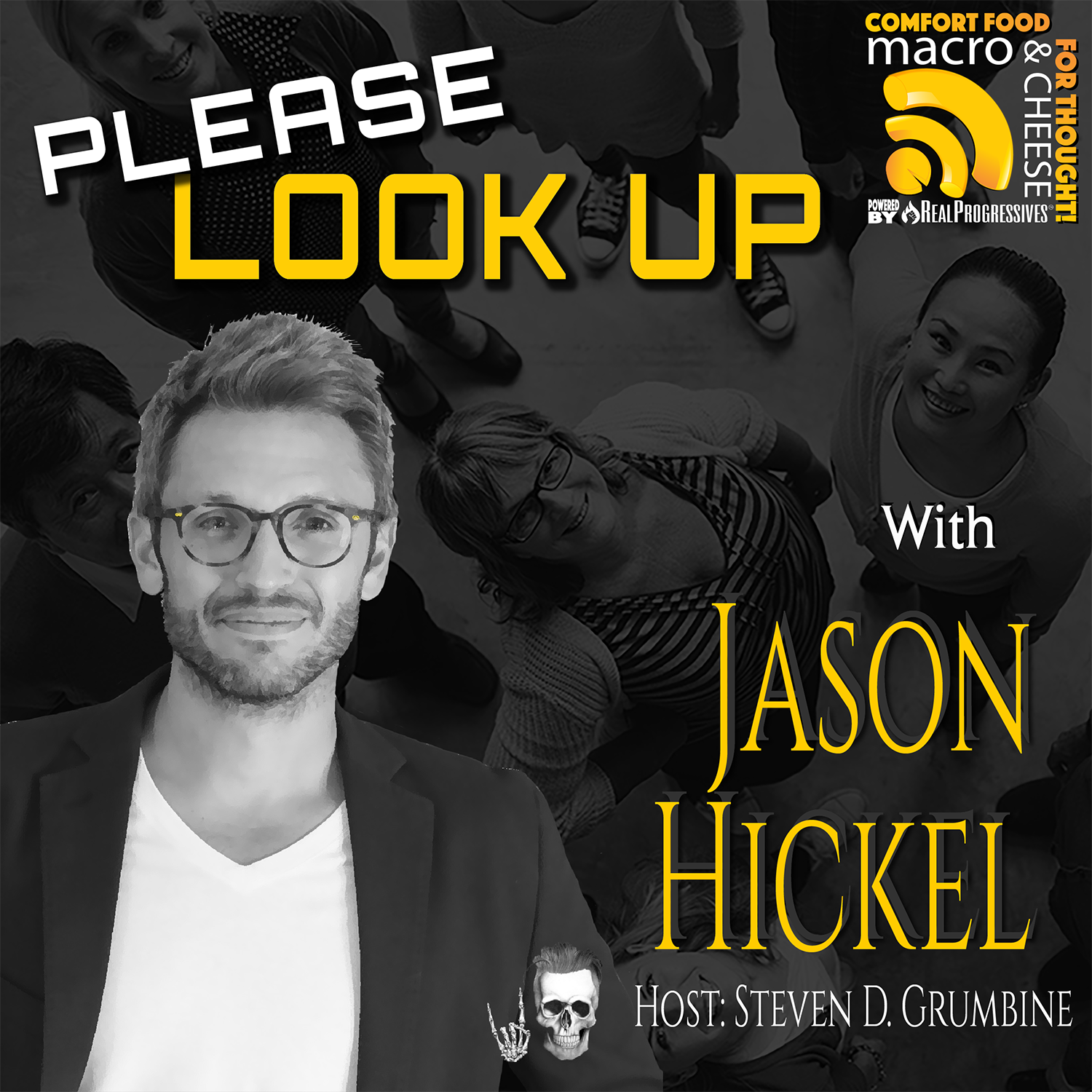 Near the start of this episode, Jason Hickel raises Noam Chomsky’s position that the urgency of the climate crisis is so dire it will have to be dealt with under capitalism. There isn’t time to transition to socialism. Hickel disagrees. Capitalism is incapable of handling the problem.

Hickel, an economic anthropologist, begins the interview pointing out the mistaken notion that we have no climate policy, no action, when in fact this is exactly what climate policy action under capitalism looks like: systematic denial and nonstop investment in fossil fuel expansion. It is not due to ignorance. We have the knowledge. We have the science. It boils down to class; the interests of the ruling class are anti-environmental and anti-poor. Capitalism is anti-democratic.

“The status quo is not just a failure, it's a death march. Our governments are failing us and failing all of life on Earth. We have to face up to that.”

In less than an hour, Hickel lays out the political and economic history of the ecological effects of neocolonialism. He explains why mainstream solutions (if you can call them solutions) to the climate crisis cannot work, despite UN climate resolutions, annual COP conferences, and IPCC reports.

As an MMT-informed ecosocialist, Hickel has powerful suggestions for radical systemic change, including a job guarantee and universal public services. The single most important step would be to nationalize the fossil fuel industry. We talk about capping and shrinking emissions, which are caused by burning fossil fuels, so why are we not targeting the industry itself? The environmental movement constantly faces fossil capital, with its grip on politicians and the media (and unethical scientists). Fossil fuel companies are a dangerous foe. They must be treated as such.

In addition to policy, Hickel also addresses strategy. He urges us to look to the civil rights movement and the anti-colonial national liberation movements of the mid-20th century. A crisis on the scale we are facing requires all hands on deck. We need a working class as well as a global perspective.

“We have a global economy where growth and accumulation in the global North depends on a net appropriation and drain from the global South through unequal exchange, which is an effect basically, of the out-sized geopolitical and commercial power of northern firms ... An ecosocialist transition that is not also anti-imperialist, not also organized around global justice, is not an ecosocialism worth having.”

We’ll let you in on a little secret: Jason Hickel is one of our favorite interview guests of all time. This little description is woefully inadequate. Listen to it and tell us what you think. There is a transcript and “Extras” page for this and every episode at realprogressives.org/macro-n-cheese-podcast/

Jason Hickel is an economic anthropologist. His research focuses on global inequality, political economy, post-development, and ecological economics, which are the subjects of his two most recent books: "The Divide: A Brief Guide to Global Inequality and Its Solutions" and "Less Is More: How De-Growth Will Save the World".

Find his work at jasonhickel.org