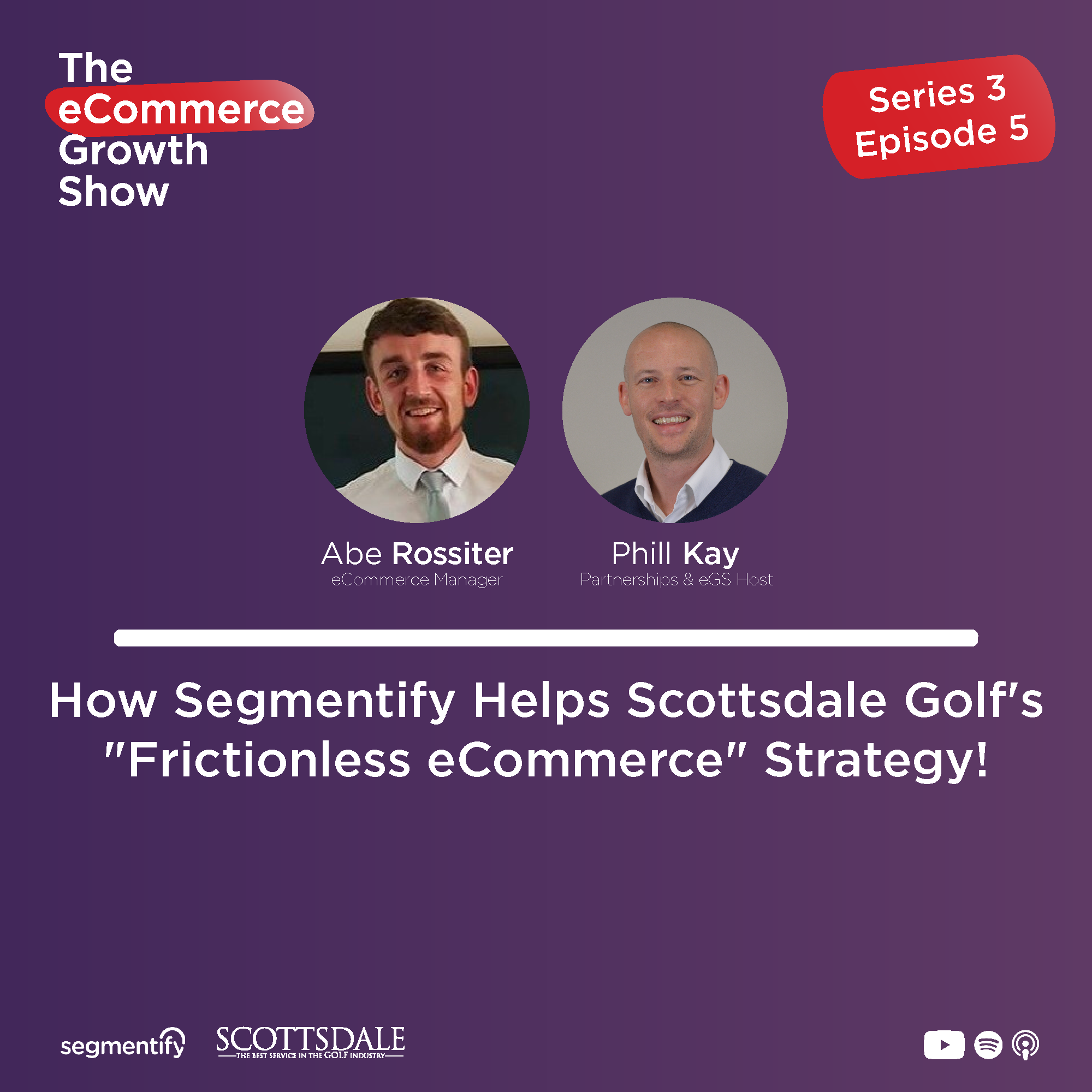 In the fifth vlog of the third series of the eCommerce Growth Show, Abe Rossiter, eCommerce Manager of Scottsdale Golf talks to Phill about how he found his background in accountancy helped him when he found a passion for eCommerce; diving in head first just two years ago, hungry to learn how to further Scottdale's success! Tune in to hear about what he has learned; continuously driving towards his "frictionless eCommerce" strategy and the part that Segmentify's platform plays, both on and offline!