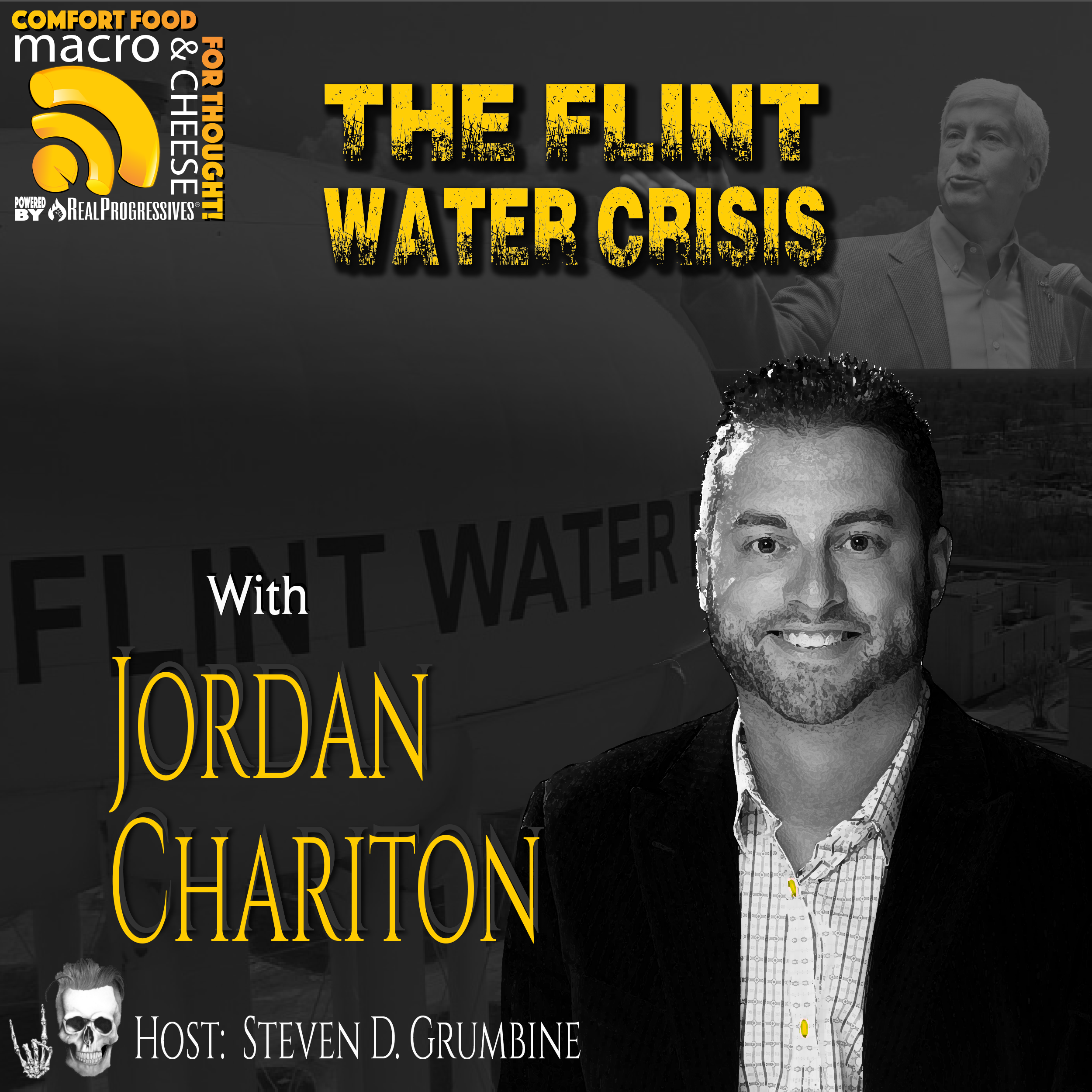 Status Coup Media's co-founder and CEO Jordan Chariton joins Real Progressives’ founder and CEO Steve Grumbine for a discussion of our crumbling infrastructure, our inept and complicit corporate media monolith, and they share some ideas about our options going forward.

This conversation seems like a perfectly segued culmination of Jordan’s recent RP Live presentation on the corporate media cover-up of issues like Flint’s notorious water crisis and climate change related issues as well as last week’s Macro N Cheese episode on infrastructure with Bob Hockett. As Jordan has repeatedly asserted, the infrastructure issues plaguing Flint, MI are prevalent in hundreds of other cities across the US right now. Flint is the story of America: deindustrialization, the offshoring of jobs, privatization, and the controlled demolition of the working class. In this case, it was the water supply.

The financial constraints of a state budget, the corruption of politicians, and an inept media apparatus came together to poison an entire city through apathy and greed.

And again, seven and a half years later, the pipes have still not been replaced. So, from a federal perspective, as we always talk about, of course, they had the money to do all of this. They could have sent the Army Corps of Engineers in the next day. Each Flint resident could be getting a monthly stipend or Medicare for All.

Steve calls it a textbook case of environmental racism as well as a model for neglect of the public good while extracting profit from the very things people cannot live without. While the situation in Flint is extreme, it’s not entirely unique. There are contaminated water supplies across the US. The hashtag “water is life” was born at the time of struggle over the Dakota Access Pipeline. Nestlé is trying to take California’s water while the state is literally on fire.

Status Coup has uncovered the many levels of corruption that led to the poisoning of the citizens of Flint as well as the careful cover-up of these crimes. Meanwhile, local and mainstream media have willfully ignored the evidence.

Steve and Jordan talk about the state of electoral politics and the need for divergent groups of activists and workers to unite and assert the kind of power that will be felt at the top.

Jordan Chariton, Status Coup CEO, is an independent progressive journalist who’s worked inside and outside the belly of the corporate media beast for over a decade. He has worked at Fox, MSNBC, and The Young Turks, before starting Status Coup. His team’s investigative work is attracting attention and expanding their reach.