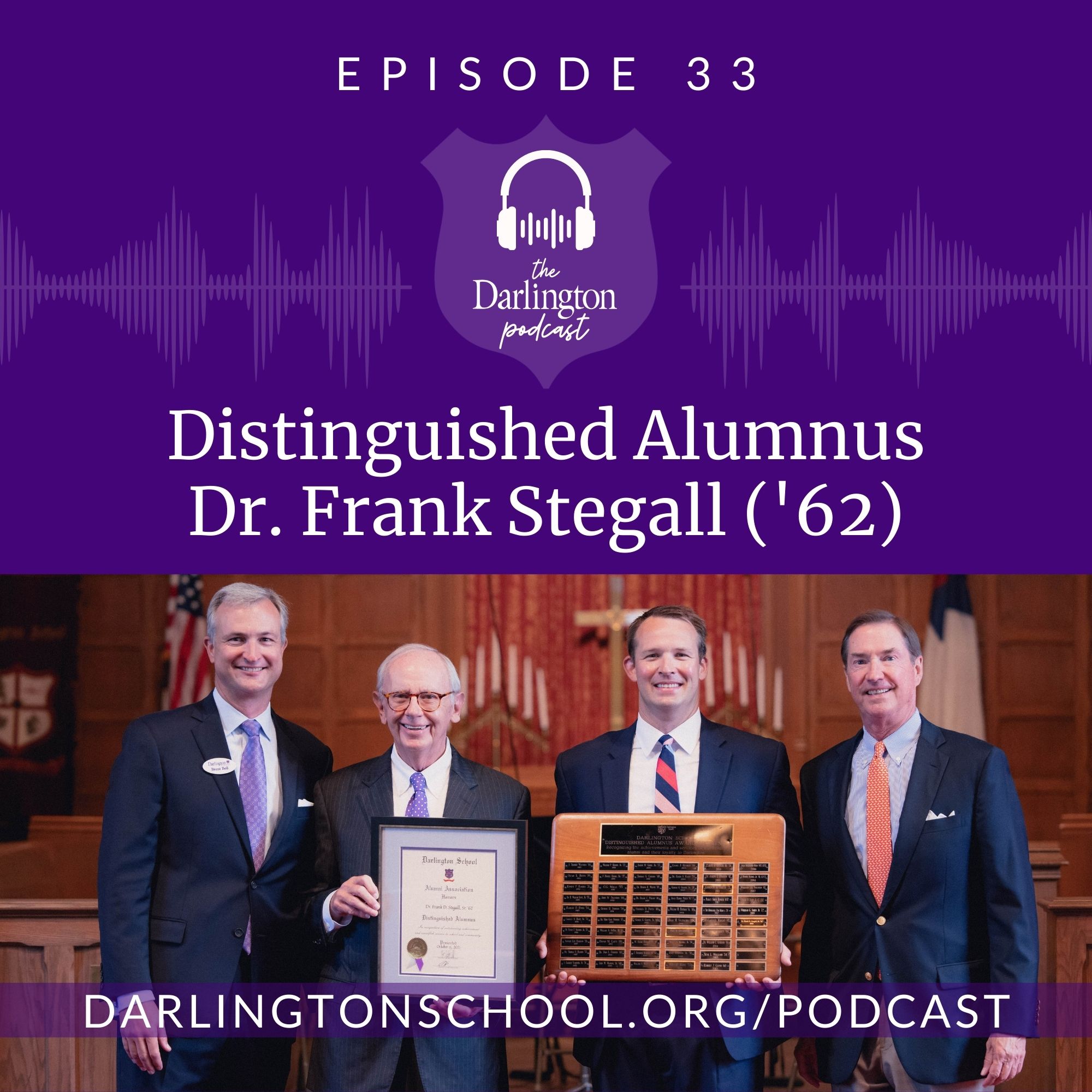 Welcome to Episode 33 of The Darlington Podcast!

As we think about the things we are most grateful for this Thanksgiving Day, we want to share the address Dr. Frank Stegall ('62) gave during Alumni Weekend after receiving the 2021 Distinguished Alumnus Award. In it, he shares some of his favorite memories as well as the life lessons he is most grateful for learning during his time at Darlington. This episode begins with an introduction by his son, Dr. Frank Stegall Jr. ('02).

A native of Floyd County, Dr. Stegall enrolled at Darlington in the sixth grade. He was very involved on campus, participating in the Drama Club, Glee Club, The Darlingtonian staff and as a member of the 1962 Mid-South championship soccer team. After graduating, he went on to study at Emory University and graduated from the Vanderbilt University School of Medicine in 1971. He practiced medicine as a cardiologist for over 50 years.

Stegall served the Rome heath care community for many years and helped thousands of people. He has received numerous awards from the medical community throughout his career, including the Cardiology Leadership Award, CCMN Cardiologist of the Year, Best Practices Physician and the esteemed HCA Frist Humanitarian Award.

In addition to his service to the medical community, Stegall is a graduate of the Rome Floyd Chamber’s Leadership Rome program and served on the Board of United Community Bank in Rome and, for over 20 years, on Darlington School’s Board of Trustees. He was chairman of Darlington’s Board during the school’s historic Second Century Campaign, which raised over $90 million. Today, Stegall serves as a Life Trustee and is a member of the J. J. Darlington Society as well as the J. Daniel Hanks Sr. (‘27) Heritage Society.