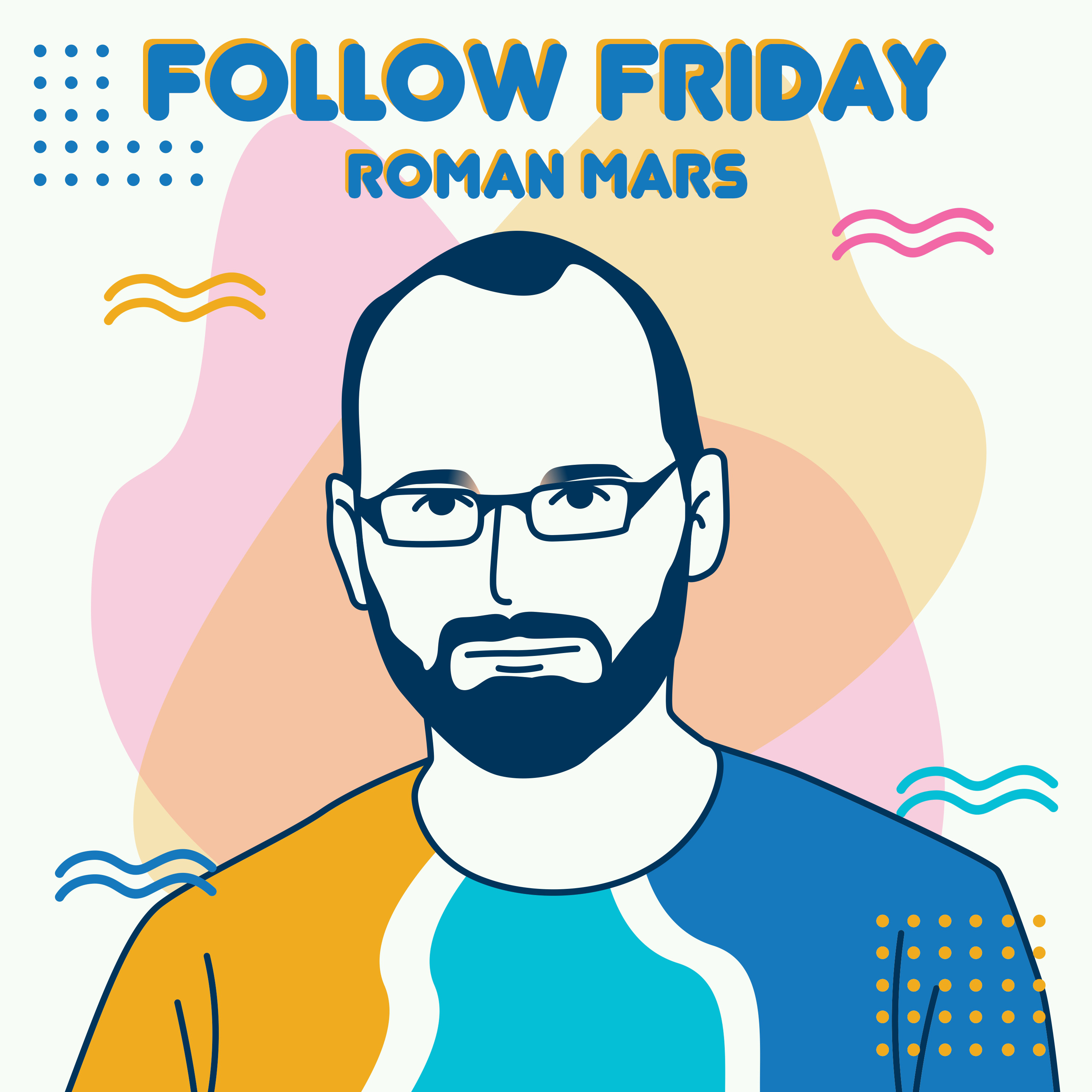 "When you're a broadcaster, you don't have a conversation you can't use as content," jokes Roman Mars — well, mostly jokes. The host of 99% Invisible says he's trying to use the internet more thoughtfully than he used to, and that includes not needing to share everything with the world.

"The past year, it's been really the focus of my time, actually not having every thought be on social media and making everything into something," he says.

Today on Follow Friday, Roman talks about which creators he likes to follow, including: Constitutional law professor Elizabeth Joh (@elizabeth_joh on Twitter); writer and podcaster John Green (@literallyjohngreen on TikTok); competent people who calmly do things well, such as @stellarsidewalks, @texasbeeworks, and @rightchoiceshearing on TikTok; and the subreddit /r/oddlysatisfying.

And on Follow Friday's Patreon page, you can unlock an extended version of this interview in which Roman shares a bonus follow recommendation! Thank you to our amazing patrons: Jon, Justin, Amy, Yoichi, Danielle, and Elizabeth.