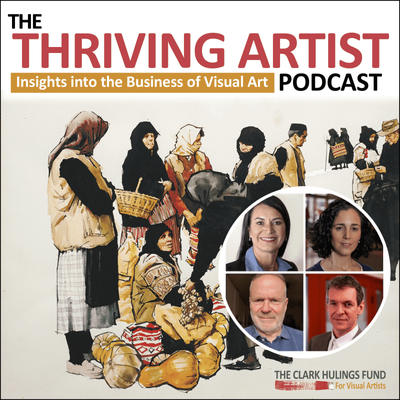 The Virtual Edition of The Santa Fe Indian Market offers an amazing atmosphere of delight and awe at a time when most of us are cooped up in our own worlds of social distance. SWAIA Executive Director Kim Peone joins The Clark Hulings Fund’s Executive Director Elizabeth Hulings, Artpsan Founder & Director Eric Sparre, and leader of the Vircadia Implementation Project & CHF Board Member, Steve Pruneau. Tune in for a wide-ranging discussion lead by host Daniel DiGriz about how all four organization are actualizing possibilities for collaboration and community in the digital world, how Native Artists are poised to flourish in this year’s market and beyond, a profile of the events and gallery spaces in NDN World, and how all of these partner organizations are championing artists as they emerge as leaders and innovators in our changing economy.

A Brighter Future For Artists

To purchase world-class art and support this event, go to swaia.artspan.com.

Marquee Events in NDN World are open to SWAIA Members—Membership info is here.

To get early access to the virtual reality world VIRCADIA, where you’ll find Steve Pruneau tending the virtual bar more often than not, visit Vircadia.com.

Thanks to Jerry’s Artarama for their support of CHF and The Thriving Artist™ podcast.