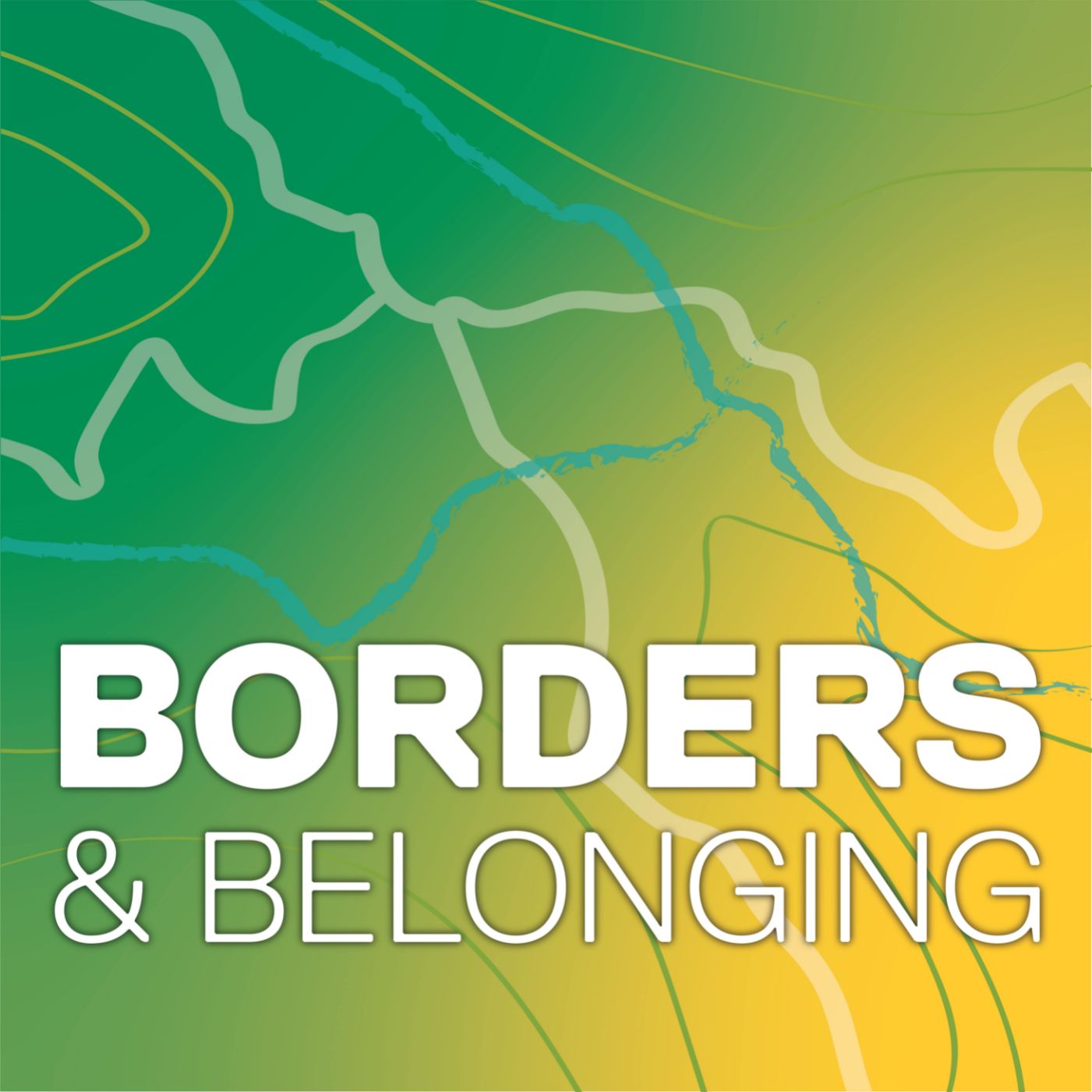 Politicians sometimes talk about human smuggling and trafficking as if they were the same thing. It’s not always because of ignorance: they want to gain support for blocking the flows of all migrants and refugees.

In this episode we hear from Luca Stevenson of European Sex Workers Rights Alliance, who explains that, even with sex workers, we have to look at what drives them to the trade in the first place and recognise that laws to prevent trafficking can cause vulnerable women even more harm. Host Maggie Prezyna speaks with Kamala Kempadoo (York University) and Gabriella Sanchez (University of Massachusetts), who argue that we need to look deeper at the systemic injustices behind smuggling, at what drives people to risk everything for a chance of a better life.

Below, you will find links to all of the research referenced by our guests, as well as other resources you may find useful.

Donate or get involved!

‘The violent, hopeful world of children who smuggle people’ by Gabriella Sanchez & Cameron Thibos, openDemocracy (3 May 2022)

‘UNODC submission to the report of the UN Special Rapporteur on the Human Rights of Migrants’, United Nations Office in Drugs and Crime (February 2022)

‘Global study on smuggling of migrants’, United Nations Office on Drugs and Crime (2018)

‘What does it mean to disrupt the business models of people smugglers?, Migration Policy Institute (2017)

Sánchez, G. (2016). ‘Women’s participation in the facilitation of human smuggling: The case of the US southwest’. Geopolitics.

Sanchez, G. & Zhang, S. X. ‘In their own words: Children and the facilitation of migrant journeys on the U.S.-Mexico border’. Victims and Offenders.

Protocol against the Smuggling of Migrants by Land, Sea and Air [2000]. United Nations.

Welcome to Borders & Belonging, a podcast that explores issues in global migration, and aims to debunk myths about migration based on current research. This series is produced by CERC migration and openDemocracy. I'm Maggie Perzyna, a researcher with the Canada Excellence Research Chair and migration and integration program at Toronto Metropolitan University. Today we're going to explore the thorny problems of human smuggling and human trafficking, two issues that commonly get conflated. We'll discuss what these terms mean and how they differ. In this episode, two leading experts will help us understand why migrants are smuggled. How gender and race come into the mix and shed light on how certain policies may actually put migrants at more risk. But first, we'll speak to someone who has seen firsthand the effects of anti-trafficking policies on migrants in Europe.

Luca Stevenson is a sex worker and activist based in Belgium. He is also the Operations Officer at the European Sex Workers Rights Alliance. In 2017, Luca was living in Scotland. One day he was scrolling through the news when he came across something that stopped him in his tracks.

And it was this really shocking article, the Scottish police, the Scotland police forces. They made this press release announcing that they had stopped hundreds of women coming from central Europe from Romania, moving to Scotland, because they were potentially victim of trafficking.

Luca read the article carefully and from what he could glean, the police didn't actually have any evidence of trafficking. And at the time, Scotland was still part of the European Union. It meant that people from Romania could live and work freely in Scotland. So, what exactly was going on?

The police of Scotland basically used this very vague definition of trafficking as a way to stop migrant woman from entering the country. I thought that was interesting that they would actually be public about it because it's actually completely against the human rights of EU citizens. But they were actually posting it as a form of like prevention of tragedy. So, if they were, if these women were single and they were coming to the UK, or they were with a man, they were not speaking English very well. They didn't have a job on arrival in the in the country. Therefore, they were potential victims of trafficking, and they were not allowed to continue.

To Luca, this was a prime example of how authorities tend to assume that many migrant women, including sex workers, are being trafficked. He says it's an assumption that can put vulnerable people in even more precarious situations, especially when they're escaping conflict.

There's been quite a lot of articles and media around how Ukrainian women were being trafficked in order to work in the sex industry in Europe. And this is also again, not the reality. It is true that there are many Ukrainian women who are crossing the border, and some of them will work in the sex industry. Like other workers who have limited access to the labour market, they will choose sex work in order to make a living. And our organization on the ground is providing health services, legal support, administrative support, to these women, not just women, but many women, who are going to work in the sex industry. But this has been manipulated by different organizations and the media to say that there was this huge wave of trafficking in human beings at the border, which is simply not the reality.

To be clear, Luca is aware that human trafficking is an issue that exists and must be addressed. But he worries that doing so without including migrants and sex workers in the conversation may further marginalize and endanger them.

Globally, sex workers are usually at high risk of human rights violations and violence. In particular, when it comes to violence, sex workers are usually easy targets for people who would try to take advantage of them through, like physical violence or robbery, sexual violence, rape, etc. And the main reason is that very few sex workers would report a crime committed against them to the police or the authorities. And this is even more the case when people are migrants, sex workers, and in particular, undocumented migrants. So, we know that in Europe, the majority of people who sell sex are migrants, a large number of them undocumented migrants.

And it's not just undocumented migrants that are at risk of persecution under anti trafficking laws. Luca notes that those trying to help them might be at risk too.

To Luca, this fear mongering around trafficking is actually a symptom of something much more systemic, racism.

Lots of the laws that have been developed to prevent trafficking, are actually laws that are aimed at preventing migration. And if you look at the history of anti-trafficking legislation in the US, you know, like the like Mann Act, for example, or in Europe. You know, despite the way that they are being produced or advertised as a way of like preventing exploitation, of sexual exploitation etc. The reality is that these laws are aimed at preventing migration, and migration of women, in particular from the Global South. So, for us definitely these laws are racist.

Stevenson and his colleagues at the European Sex Workers Rights Alliance are campaigning for the decriminalization of sex work in Europe, and hope that such policy changes will lead to better protections for migrant sex workers. Our thanks to Luca for bringing his perspective from the field.

Joining me today to talk about the interwoven narratives around human smuggling and human trafficking is Professor Kamala Kempadoo from York University. She's an author and specialist in gender, feminist and women's studies, political science, and development studies. And Gabriela Sanchez, an ethnographer and director of field research at the School of Criminology and Social Justice, University of Massachusetts at Lowell. Her work centers on the experience and perspectives of migrants from around the world.

Human smuggling and human trafficking are often conflated to mean the same thing. Can you explain the difference? Gabriella let's start with you.

Migrant smuggling is the facilitation of the entry of a person into a country other than their own. And this is typically in exchange for a fee, or some sort of material benefit as the Protocol outlines it. While human trafficking assumes the existence of coercion and intimidation and also the extraction of profit, off the labour of another person. Most typically this has been looked at from the conflation of sex work and trafficking, which is another one of the layers that complicate the definition.

I think one of the main differences that I understand between these two ideas, is that often around human trafficking, people assume that the person moving across the border, or to some kind of work is a victim and is forced, whereas in smuggling, there's often a sense of agency of the person. And that's the important difference between the two.

Why do migrants’ resort to being smuggled across borders? What are the root causes here?

People turn to smuggling facilitators, because there is not equal access to the documentation or to visas for passports that would allow them to travel in a dignified manner. And many times, there's, we have to keep in mind that access to documents like just like birth certificates, identification cards, let alone passports and visas themselves, require a lot of paperwork and also demand a certain knowledge and how to navigate the system to obtain them. Most people do in fact, aim to travel legal in a legal and safe manner. The very inequality that is embedded within the processes that are connected to obtaining all of this documentation prevents them from traveling that way.

I completely agree with that, and that is also, you know, what happens around the idea of human trafficking. Except for that we also have the situation that people are also looking for employment, work when they get somewhere else. And the kind of areas that people are going into are often underground or in the informal sector. So, they remain in sort of criminalized work or sectors.

So, is human smuggling a recent phenomenon historically, or is it something that's been going on for a long time?

I think it's been exacerbated recently by border controls and immigration and the increasing difficulty to move between countries, between areas of the world. It's been going on for a long time. Human migration is long, it characterizes our existence. But smuggling and trafficking can only exist if you have borders between nations.

You know there's smugglers - and here I am going to be talking about the specific case of the US-Mexico border. Smugglers appear in the literature in the 1800s. You know, and they are very much related to the emergence, of the creation of what was the US-Mexico border in itself. So, it is very much connected to the notion of borders, to the enforcement of borders, and of course, to the emergence of the Protocol in the year 2000. Before then, that conflation of human trafficking and migrant smuggling was even stronger. And the two of them were pretty much assumed to be same. But it is definitely connected to border enforcement and control that we have...