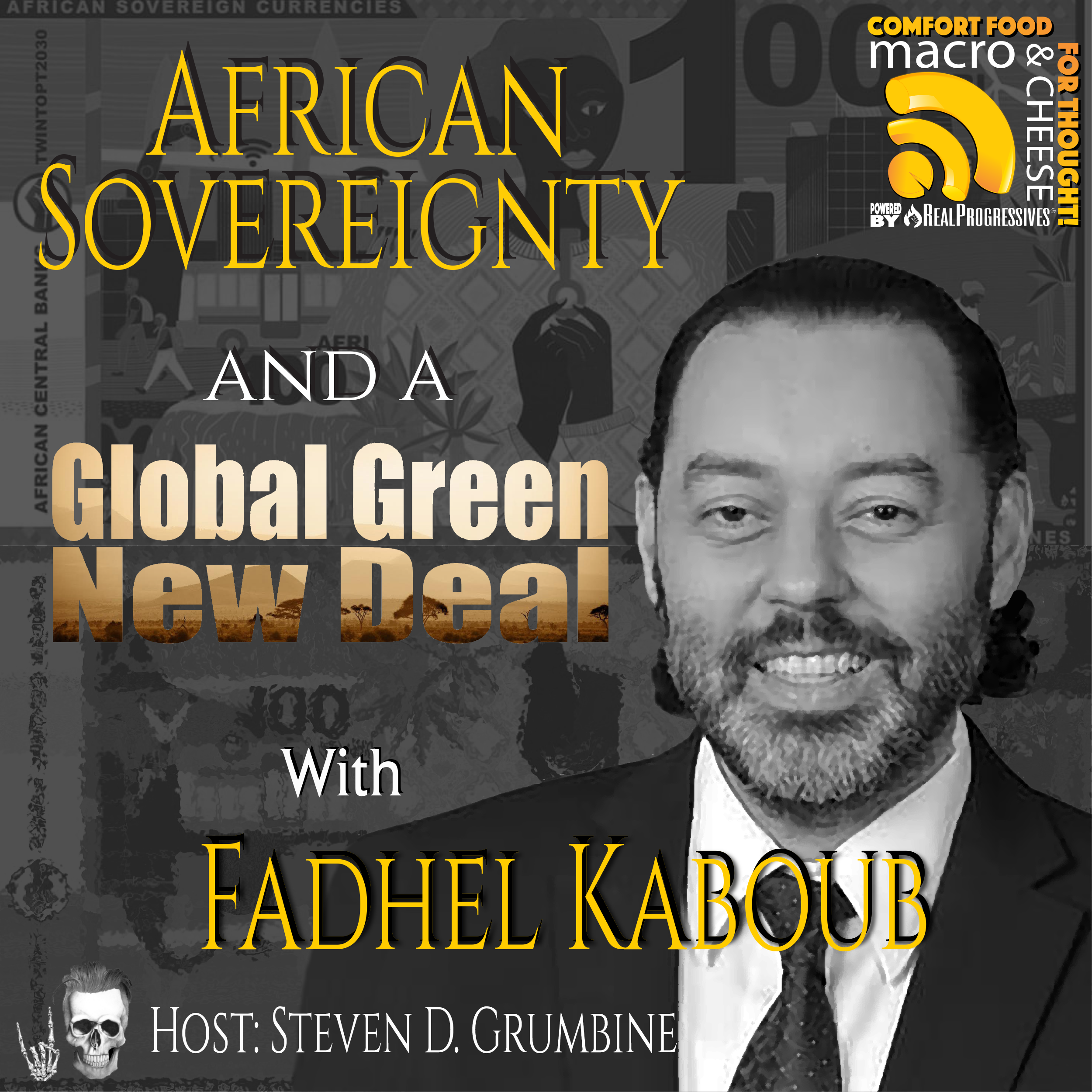 Our guest this week is long-time friend of the podcast, Fadhel Kaboub. The Macro N Cheese audience will remember when Fadhel and Ndongo Samba Sylla visited with us last October on their way to the conference on African Monetary and Economic Sovereignty in Tunis, Tunisia. In that episode, we learned about the CFA franc, a vestige of colonialism, a symbol of the lack of true sovereignty in the post-colonial world, and a tool of economic oppression by international financial powers.

The conference in Tunis was an unqualified success and plans for a second one were underway until COVID19 interfered. To keep the conversation alive, Fadhel and his colleagues from Senegal, Tunisia, and Germany wrote An Open Letter on African Economic and Monetary Sovereignty. Having it translated into 50 languages and creating audio recordings in each, makes it accessible at the grassroots level. There are more than 500 signatures of scholars, economists, activists, and political figures from developing and former colonial nations. (See link below)

Ironically the pandemic turned a spotlight on the systemic problems of most countries, including those of the developed world. Hardest hit are the former colonies, especially those on the African continent, who are adversely affected by the extractive nature of the global supply chain. Fadhel uses the MMT lens to explain the interconnectedness of the lack of monetary sovereignty, lack of food and energy independence, and lack of political power.

In building a coherent economic development alternative for the developing world, we need to understand how the interests of the IMF and World Bank, in conjunction with those of private importers, trap poorer nations in external debt and prevent the development of a strong national economy. There’s an illusion that richer countries send money to poorer countries when in actuality the US (and others) extract more wealth than they inject; it’s a recurring global pyramid scheme.  Fadhel lays out the myriad ways this is accomplished and looks at the kind of investments, both financial and resource-based, required for achieving sovereignty and reliable growth.

In the second part of the interview, Steve and Fadhel talk about the Green New Deal. Too often the discussion of combating climate change focuses on plans and obligations of the developed world. When we ask what it would mean to look at it from the point of view of the poorer nations, it’s clear that we need to consider a global reparations agenda. Fadhel says:

To read the Open Letter on African Economic and Monetary Sovereignty, visit the website: mes-africa.org/