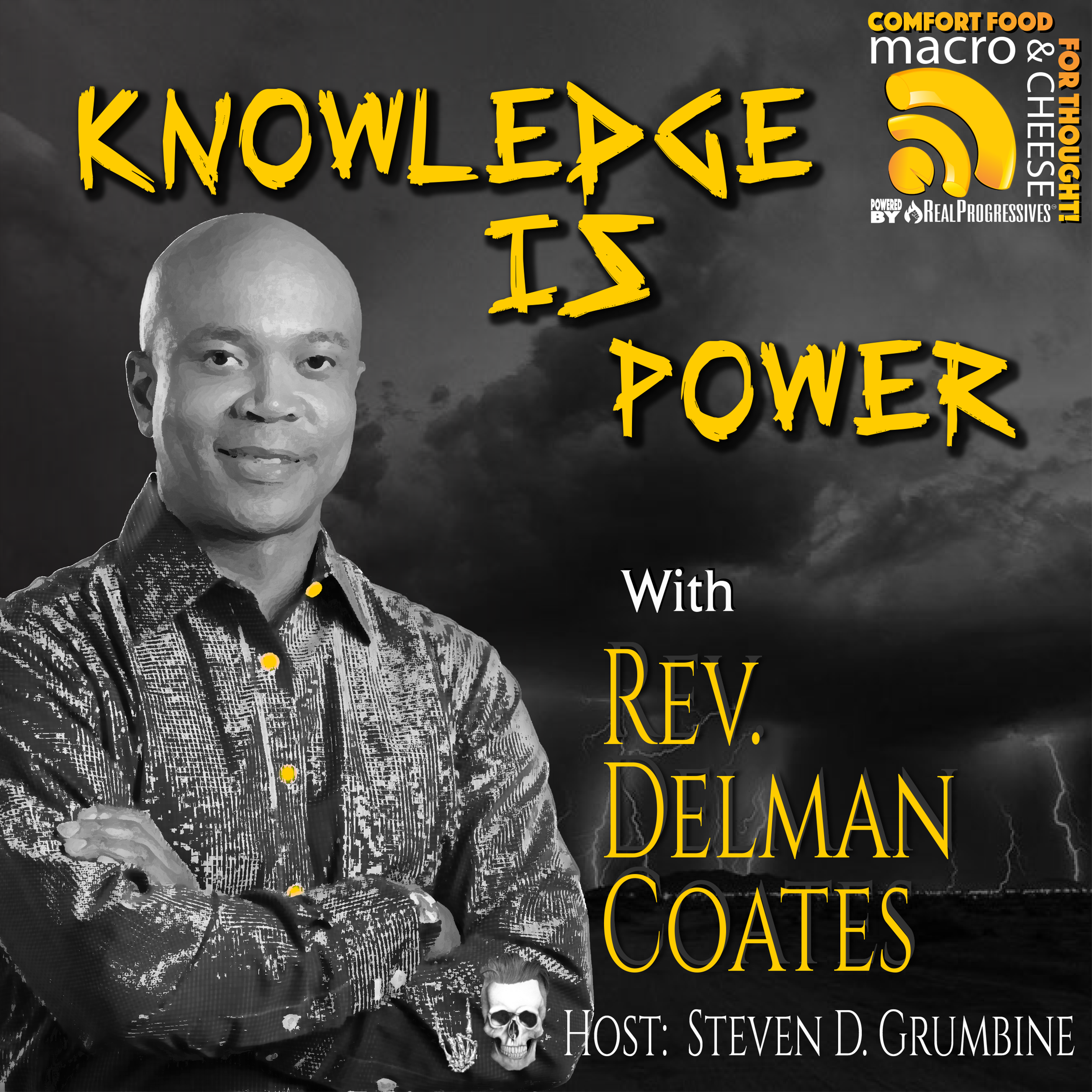 The last time Delman Coates was a guest on Macro N Cheese, the Our Money campaign was still fairly new, this podcast was on its 20th episode, and none of us had heard of COVID-19.  Now, almost two years and 100 episodes later, it was long overdue for him and Steve to get together again.

Delman believes the federal response to the pandemic has been an eye-opener. People saw the government use the public purse to provide economic stimulus. New money was created through deficit spending without the need for new taxes to pay for it. It’s out in the open: whether deficit spending is being done to bail out corporations or whether it’s spent on emergency relief, everyone can see it happening.

And so that's why I think that there is so much power in MMT. Paulo Freire talked about the pedagogy of the oppressed. MMT is a pedagogy of the people. And as people see their government working and functioning, they understand that the concepts that we've been espousing are true. And because of that, I think it's unassailable.

Delman says it’s our charge to educate all across the political spectrum. When the people understand how our economy actually works, they’ll realize we’ve been asking for far too little. Believing the public purse is funded through tax revenue, “we've been asking for crumbs when we could get the loaf.”

Our Money’s Repair and Restore agenda is centered around a federal job guarantee, free health care, and federal funding of public education, pre-K through college.  Delman describes these three central policies as the biggest, broadest, and most robust form of automatic stabilizers to benefit the American people and black folks in particular. He emphasizes the use of stabilizers as opposed to stimulus. Stimulus is temporary.

When we provide FDIC insurance for banks to go out here and treat the commercial lending market like it's a casino, we are providing public supports to the financial sector. So I want to be clear that when we talk about the power of the public purse, we're not talking about giving people something that they don't deserve.

Delman goes into the job guarantee’s history in the civil rights movement. From Sadie Alexander, the first black American economist, to Dr. Martin Luther King, Jr, and A. Philip Randolph, through today’s leaders, many have understood what guaranteed jobs could do in the battle against racism and the struggle for a secure decent life for all. The results would be profound.

You won’t want to miss this episode. Delman’s eloquence and clarity are inspirational.

Reverend Delman Coates is the Senior Pastor of Mt. Ennon Baptist Church in Clinton, MD. He’s the Founder of Our Money, an economic justice campaign that seeks to solve some of our nation’s greatest social and economic challenges. Dr. Coates also founded the Black Church Center for Justice and Equality to address the social and spiritual challenges of the African American faith community.