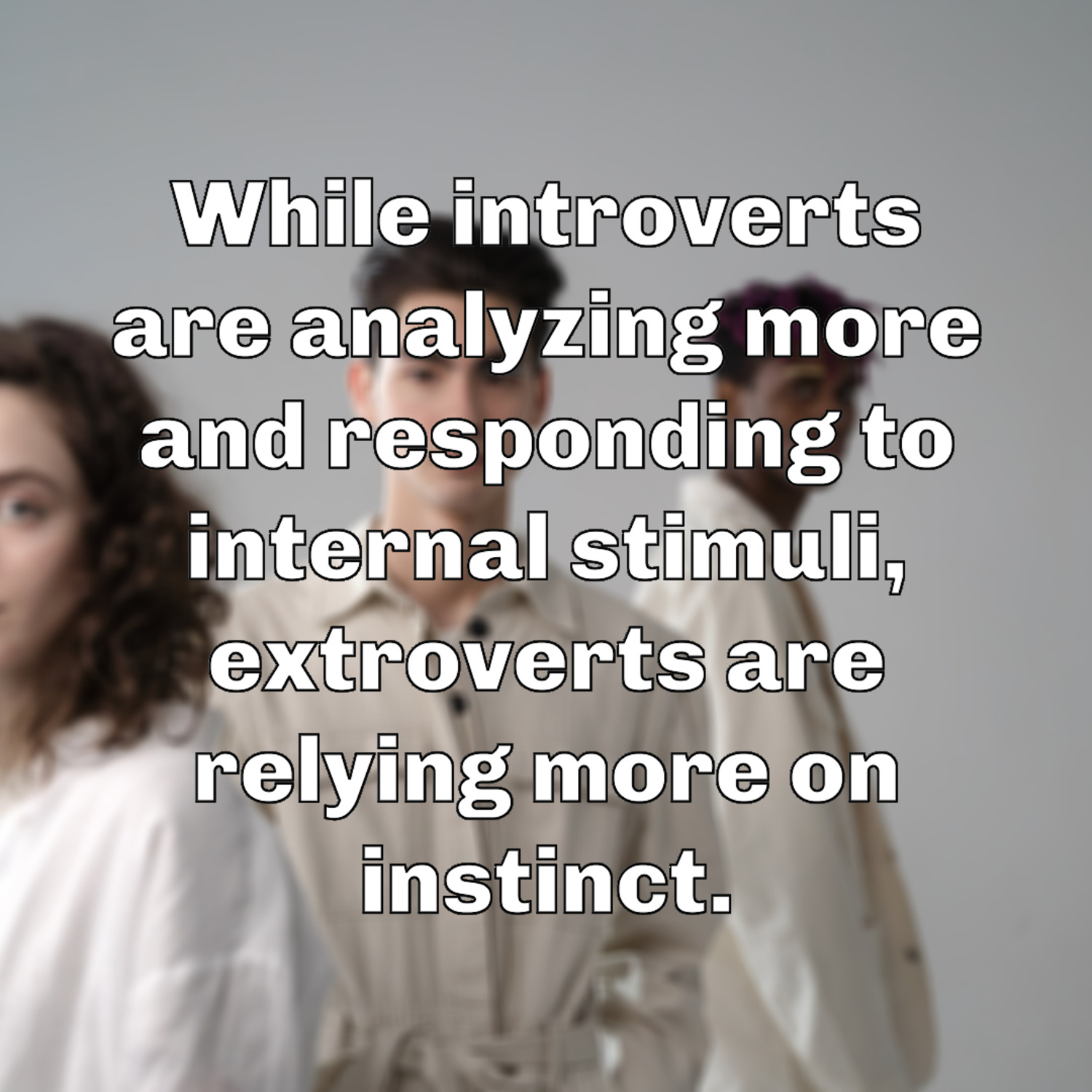 Researchers gathered 70 young males—a mix of introverts and extroverts, according to a standard personality test—and then split them into two random groups.

The second group served as the experimental control and was given a placebo.

Both groups were shown a series of videos in a laboratory environment.

They received either the Ritalin or the placebo for the first three days, and then on the fourth day, no drugs were administered.

Over the course of the study, researchers measured how strongly the participants associated the videos with the environment by testing subconscious traits, such as working memory, speed at a finger-tapping task, and demeanor.

Based on previous human and animal studies, the researchers expected that the subjects’ association of the environment with a positive experience—in this case, the extra dopamine releases caused by taking Ritalin—would result in faster movement, better memory and visual attention, and a more positive demeanor. Extroverts who had taken Ritalin for the first three days of the study didn’t show significant changes in subconscious traits when watching the films without the drug, and extroverts from the control group likewise did not react differently when the placebo was removed.

This was precisely the result the researchers expected.

The phenomenon at play for the extroverts who had been part of the Ritalin group is called associative conditioning.

By stimulating the participants’ dopamine release/reward system for the first three days with Ritalin, when the fourth day came around, the extroverts in the group had been conditioned to associate contextual cues in the lab with the reward they were expecting, even when that reward was no longer present.

This is just like Ivan Pavlov conditioning his poor dog to salivate, even when the food wasn’t present.

As for the introverts?

The control group showed no change when the placebo was removed, as was expected.

When the researchers tested introverted subjects from the group that had been administered Ritalin, however, they found that the introverts showed little to no evidence of associative conditioning.

After three days of experiencing elevated dopamine levels while watching the videos, removing the source of dopamine also removed all of its associated behavioral and demeanor changes.

What does this mean?

Extroverts rely on their environment, while introverts do not.

Extroverts are more sensitive to changes and use their immediate surroundings to orient themselves.

Of course, we know that introverts are stuck in their prefrontal cortexes, for better or worse.

The research team at Cornell showed a crucial difference between the ways introverts and extroverts process stimulation, specifically feelings of excitement.

The positive feelings and enjoyment of the videos experienced by the extroverts who received Ritalin were associated with their immediate environment, whereas introverts had milder reactions, or even no reactions at all, to the videos because they associate the same feelings of reward with inner thoughts or possibly even interpreted the feelings of reward as anxiety.

As one of the authors of the study, Richard A.

That’s why the associative conditioning effects of Ritalin were only evident in extroverts, as it didn’t translate into reward or motivation for the introverts.

Let’s take Helen, an elderly Alzheimer’s patient, as an example of how powerful associative conditioning can sometimes be.

Helen was an extrovert through and through—a loud and proud Italian woman—whose decade-plus- long battle with dementia eventually led to her passing away.

In the last couple years of her life, Helen forgot almost everything and everyone she had ever known, and it became increasingly difficult to help her feel happy and comfortable.

When all else failed, though, there were still a couple things caregivers could do to help put her in a more positive mood.

One such tactic was to put on a DVD of her favorite television show, Columbo, an old detective show with episodes usually running well over an hour.

Her short-term memory lasted a matter of mere minutes in those latter days, but she would still sit through the entire episode, chuckling at Detective Columbo’s catchphrases and getting excited when he caught the murderer at the end—even though she couldn’t follow along with the plot or even remember the name of the show.

Through decades of watching and loving the show, the associated feelings of happiness and comfort had become deeply conditioned in her psyche to the point that even when her brain had deteriorated, the associative conditioning remained.

We can only wonder how Helen’s final years may have been different if she was highly introverted instead.

Based on the findings of the associative conditioning study, it’s quite possible that her caregivers would have been even more helpless to do anything to improve her quality of life.

Such is the power of how we process stimuli.

This study, along with the previous study on introverts having thicker prefrontal cortices, reinforces our earlier conclusion that extroverts live more in the moment than introverts do.

While introverts are analyzing more and responding to internal stimuli, extroverts are relying more on instinct, which results in their surroundings having a greater influence on what they are currently seeing and feeling.

We can certainly learn a lot about a person by studying what motivates them—what rewards and stimulation they seek for themselves.

For extroverts, these rewards may often be things such as making more positive connections, having adventures, and being positively stimulated by their environments.

Introverts, on the other hand, might tend to be more motivated by feelings of fulfillment and satisfaction—internally rewarding feelings.

We can better understand how two people can be exposed to the same environment and turn out wildly different.

From a broader perspective, just the term conditioning is a reminder of how plastic our brains are and how external and internal stimuli are constantly changing and reshaping them.

It’s easy to go through life unaware of the long- term consequences of everything going on around you and in your own head—but those consequences do exist.

We are products of our subconscious.

They had similar findings; introverts and extroverts had the same amount of blood flow to their brains, but in different regions.

The frontal lobes and anterior thalamus of an introvert’s brain, involved with recalling events, making plans, and solving problems, saw this flow more than any other part.

It meant they preferred to interact and talk to themselves than to others because of how inward their brains had been wired.

Again, this brain activity points to the typical behavior of an introvert.

Therefore, they are focused on the activities of their surroundings and the people in them and don’t think about limiting or censoring themselves.

Their brains are designed to choose the greatest impact of activity for raising their arousal levels.

Again, it explains why extroverts tend to be outgoing and can easily strike up conversations with anyone.

All the research certainly shows a clear separation between introverts and extroverts.

On one hand, you have someone who seeks out stimulation from the environment and people because it’s as if they are wearing earplugs.

On the other hand, you have someone who, in the same environment and social interaction, feels like they are wearing hearing aids.