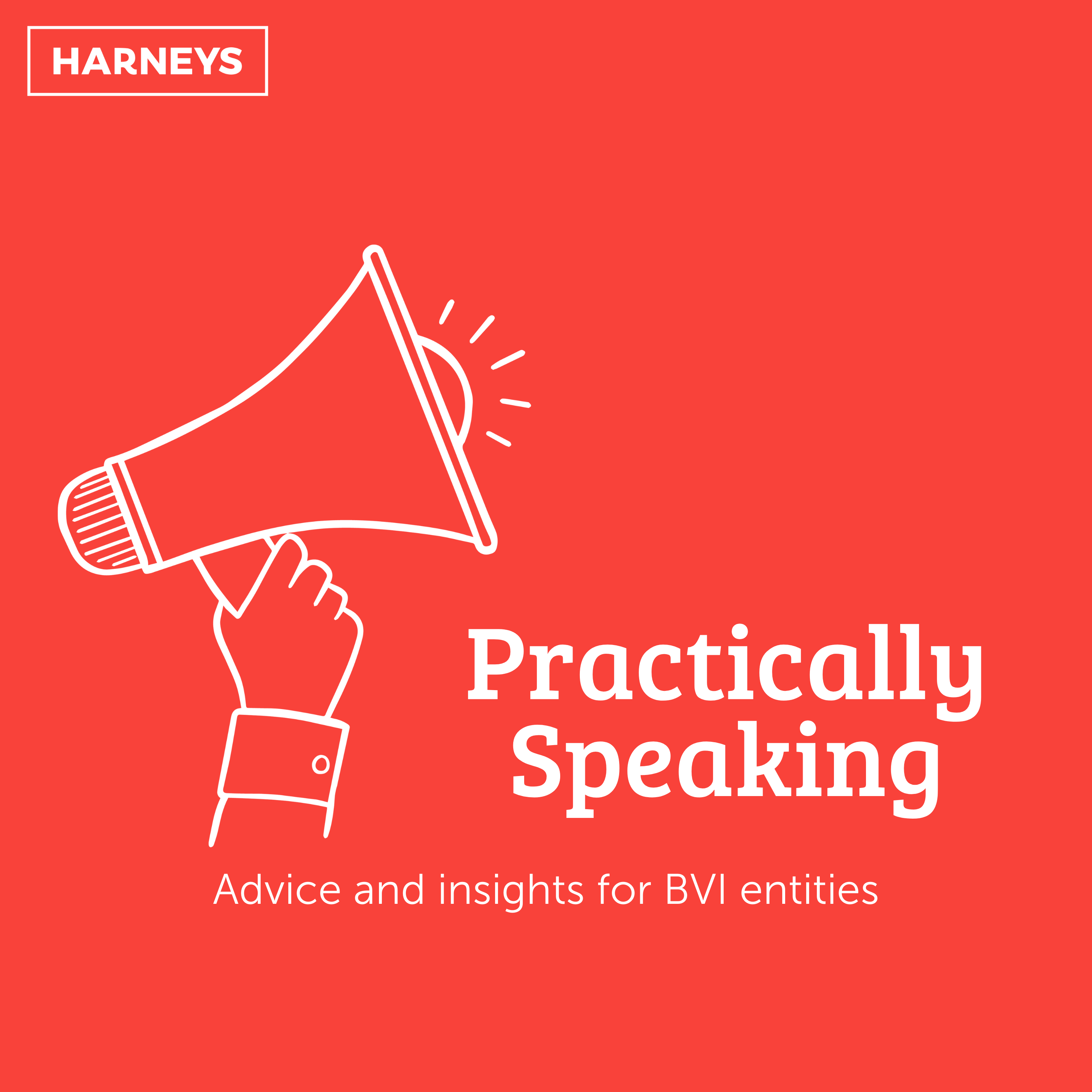 In our second episode, Transactional Partner Rachel Graham and Director of Client Services Amy Roost discuss the options available to directors and shareholders when a BVI company has reached the end of its useful life, with a particular focus on the on-going annual reporting obligations under the economic substance regime.

Where an entity is no longer required there are two options available: first is solvent liquidation, a formal process to wind up and dissolve the company, bringing it to an orderly end; second is to allow the company to fall out of good standing and be struck off the register and eventually dissolved some 7 years later.

This formal but straight-forward process brings the company to an orderly end. It brings formal closure and much greater certainty as well as mitigating risk for directors, shareholders and other stakeholders. In many cases, where the company has already disposed of its assets and settled all its liabilities, the entire liquidation process can be completed within four to six weeks.

Once a company which has been voluntarily liquidated and dissolved, it no longer exists and can no longer incur liabilities or sue or be sued.

The date of dissolution is significant, however, since the company will continue to have reporting obligations under the economic substance regime, for the financial period that the entity is in at the time of its liquidation.

For decades it has been the norm to leave entities that are no longer required to be struck off. Strike off is automatic, when an entity no longer meets certain requirements eg not paying its annual licence fee.

A company remains struck off for 7 years before it is formally dissolved and during that period the company, as well as its directors and shareholders, are exposed to ongoing risk of liability and uncertainty.

The risk and uncertainty is increased with the introduction of ongoing reporting obligations under the economic substance regime, which continues to apply during this 7 year period, even if the struck off company is not carrying on any activity.

Fines and penalties for non-reporting under the economic substance regime

Potential penalties are severe with significant financial and criminal actions available to the competent authorities.

Where an entity is no longer required, directors (and shareholders) of BVI companies are strongly advised to consider liquidating the company rather than allowing the company to be struck off. Entities may wish to consider seeking further legal advice to go over their options, and the ongoing implications.