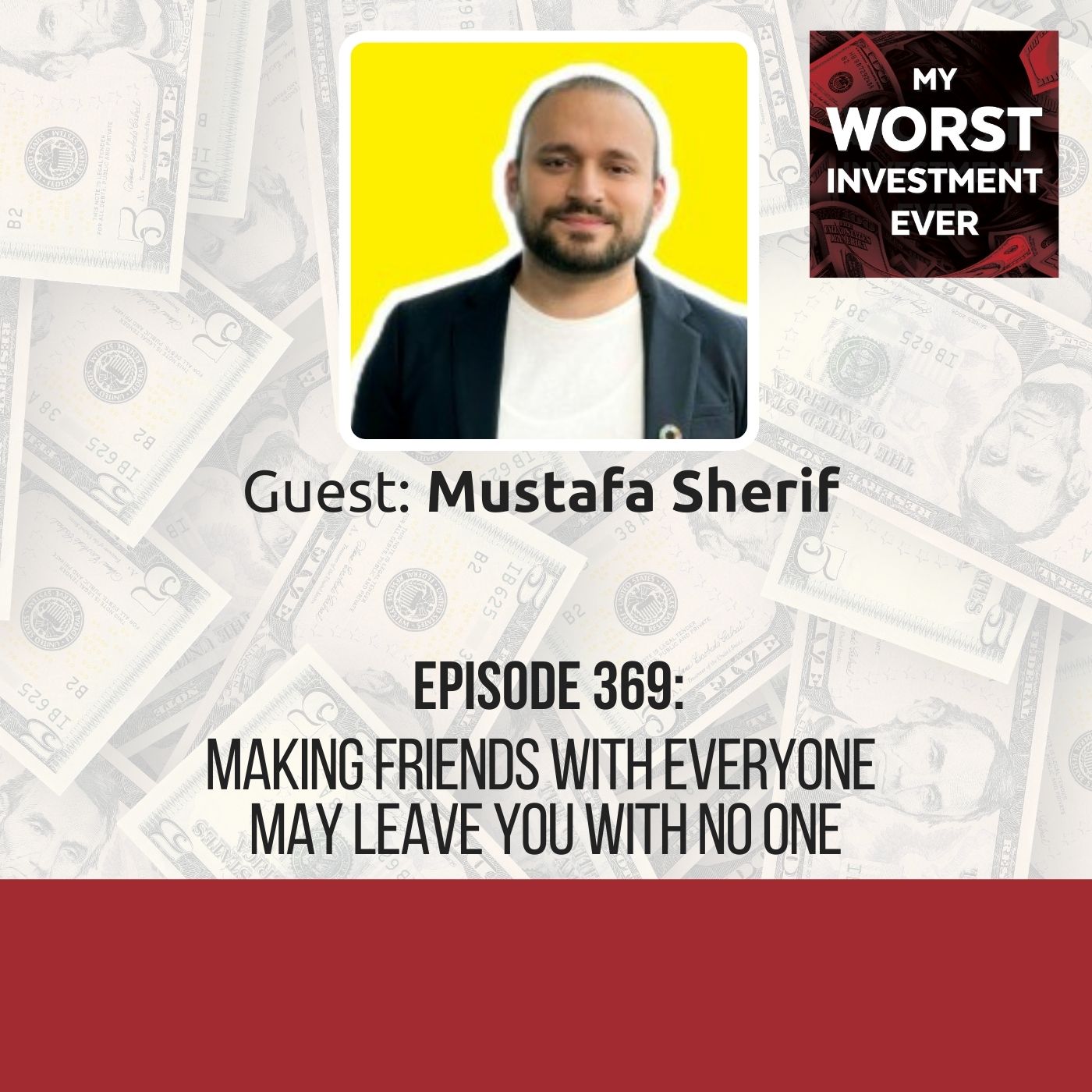 BIO: Mustafa Sherif is an urban planner with a big focus on the social sustainability aspect of city development. He is also the host of the Urbanistica podcast.

STORY: Mustafa would easily make friends to a point where he had hundreds of friends. However, after running a social experiment, he realized that he had spent so much time and money building friendships that were just one-sided.

LEARNING: The smaller your inner circle, the deeper the relationships. Real friendships are two-sided and do not need to drain your energy or time.

“I do not need to go all-in when building friendships. I need to let it go with the flow.”

Mustafa Sherif is an urban planner with a big focus on the social sustainability aspect of city development. He is also the host of the Urbanistica podcast. It’s a podcast about how we create smart and livable cities. Mustafa is passionate about planning cities with people and by people.

When Mustafa moved from Baghdad to Sweden, he had the chance to meet new kinds of people. Back in his home country, he would only meet the same type of people from the same background as his.

Mustafa loves talking and doing stuff with people, so he tried to be friends with as many people as possible.

Mustafa found himself putting in all the work into the friendships he formed. He was the one always texting them, checking upon them, and organizing events to bring them together.

Out of sight, out of mind

When Mustafa moved from Sweden to Italy for his master’s degree, not a single of his hundreds of friends in Sweden bothered to check upon him.

Interestingly, Mustafa never missed his friends either when he moved to Italy, even though he had spent so many years with them.

Mustafa made new friends in Italy, and the story was the same. Again, he put in most of the work, and when he moved back to Sweden, he only missed one or two of his so-called friends.

Then he deactivated the Facebook account with the people he was not in touch with for a month. Then he reactivated it. Just as Mustafa had suspected, none of these people had tried to contact him. He deactivated the account again for six months. The same story, nobody, contacted him.

After a year, Mustafa realized that these people were never his friends and that he had made the worst investment ever, spending so much energy on friendships that never served him. Mustafa decided to be more strategic with how he relates with people, and now he is more focused on building meaningful relationships instead of just having many friends.

You do not need to go all-in or push so much in a relationship. Just let it flow, and if the other person shares the same sentiments, then the friendship will flourish. Both parties need to put on the work for friendship to work. It cannot be one-sided.

Always ask yourself why you are doing something

Before you do something, ask yourself, “Why am I doing this?” By asking that question, you will learn a ton about yourself.

The smaller your inner circle, the deeper the relationships

It is not about the number of people you know; it is about how deep the relationships are with the people. So focus on getting closer to one person instead of just knowing 10 people.

Mustafa’s number one goal for the next 12 months is to clean up his friend list and figure out who he should go deeper with and which ones he should cut off.

“Just keep listening. I think there are so many inspiring messages that you can learn from.”