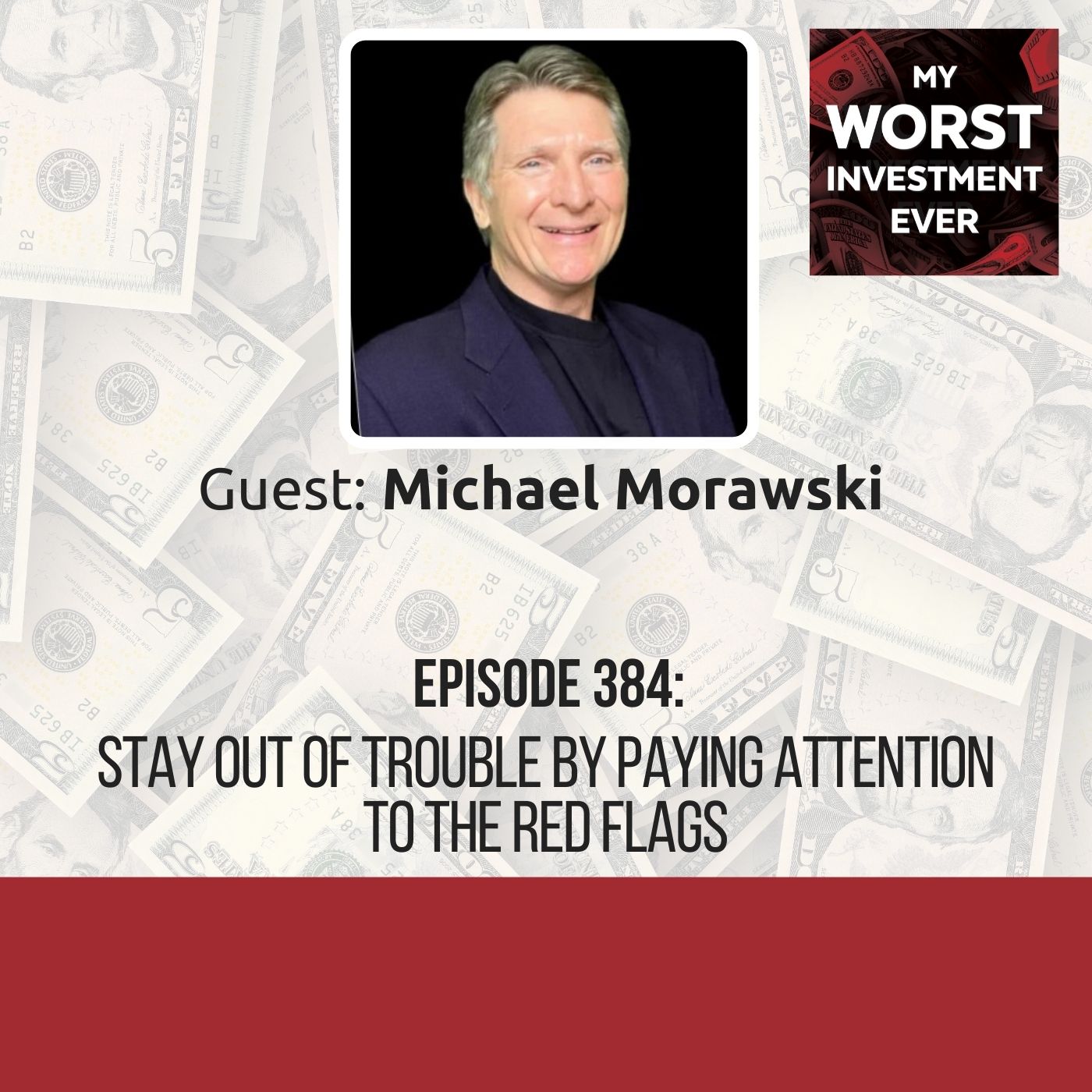 BIO: Mike Morawski is a 30+ year real estate investment veteran. He has controlled over $285,000,000 in real estate transactions.

STORY: In 2008, when the economic crisis hit the US, Mike decided to find ways to protect his investors. He moved money from companies that were performing well into those that were underperforming. It seemed to work, but he had not informed his investors about it, so he was jailed for 10 years for fraud.

LEARNING: Communicate with your investors regularly and always follow your business mandate. Listen to outsiders and pay attention to red flags.

Before 2008 Mike’s real estate business was flourishing. Then 2008 came around, and the US was hit by the worst economic crisis the world’s ever seen. Mike believed that he could weather the storm. But, his properties started bleeding. People moved out. In 2010 everything imploded.

Trying to protect his investors

Things were getting really bad, and Mike tried to find ways to protect his investors. One idea was to take money from good, profitable companies, move it into nonprofitable companies, and hopefully keep the whole ship afloat. So he started moving money back and forth. Mike’s attorney and accountant both said it was acceptable to do that as long as they left notes so that the money is traceable.

Not communicating with the investors

Mike’s idea was great and was working. The only mistake he made was not telling his investors about it. He was charged with wire fraud and mail fraud charges for this mistake and ultimately sentenced to 10 years in federal prison.

Mike lost everything, including the real estate business. As if that was not enough,17 days after being in prison, his wife decided to leave him.

This was the best advice Mike has ever gotten. As a result of that advice, he decided to do the time in jail and not let the time do him.

While in prison, Mike went to college and got a four-year degree in theology. He also wrote two books. He came back home from jail in better shape physically, mentally, emotionally, and spiritually than he’d ever been in his life.

Growing too fast is not necessarily a good thing

Mike’s business grew too fast. He hired too many people and had a bloated payroll. He paid too much for properties instead of negotiating, thinking that the market would keep going up. This is what caused his business to suffer when the economic crisis hit.

Sometimes people outside your business are in a better position to see things objectively. Seek their opinions and consider their advice.

Mike had his head buried in the sand. He didn’t look at the KPIs deep enough, and all of a sudden, his business was burning down to the ground.

Before you do anything, have your investors and advisors agree on what you are going to do with the invested money. This is your mandate; understand it clearly and then follow it. As long as you follow it, your investors are always going to be ok.

It is ok to fail and choose to walk away

It is ok to fail. Every entrepreneur has failed at some point in their life. As long as you have not defrauded or done anything wrong, there’s nothing wrong with walking away from a failing venture.

Communicating with your investors is crucial

It is imperative that you constantly communicate with your investors on the company’s progress and especially on the decisions you make regarding their money.

The 10 concepts you need to build an ethical character

These 10 concepts will help you build an ethical character that’s going to protect you in the future. It will make you very rare, and in the world of finance, rare is valuable.

When you’re under pressure, and you’re being pulled in a bunch of different directions, you ultimately can’t decide the right choice on your own. You have to go to someone else with a clear head. Don’t go to your business partner; go to somebody else outside of your business. Listen to the people around you.

Michael’s number one goal for the next 12 months is to continue pushing his message to people because he wants them to know that there’s hope. Michael wants to continue being an inspiration.

“Don’t go it alone. Reach out, talk to somebody, get outside of your space and do something different.”