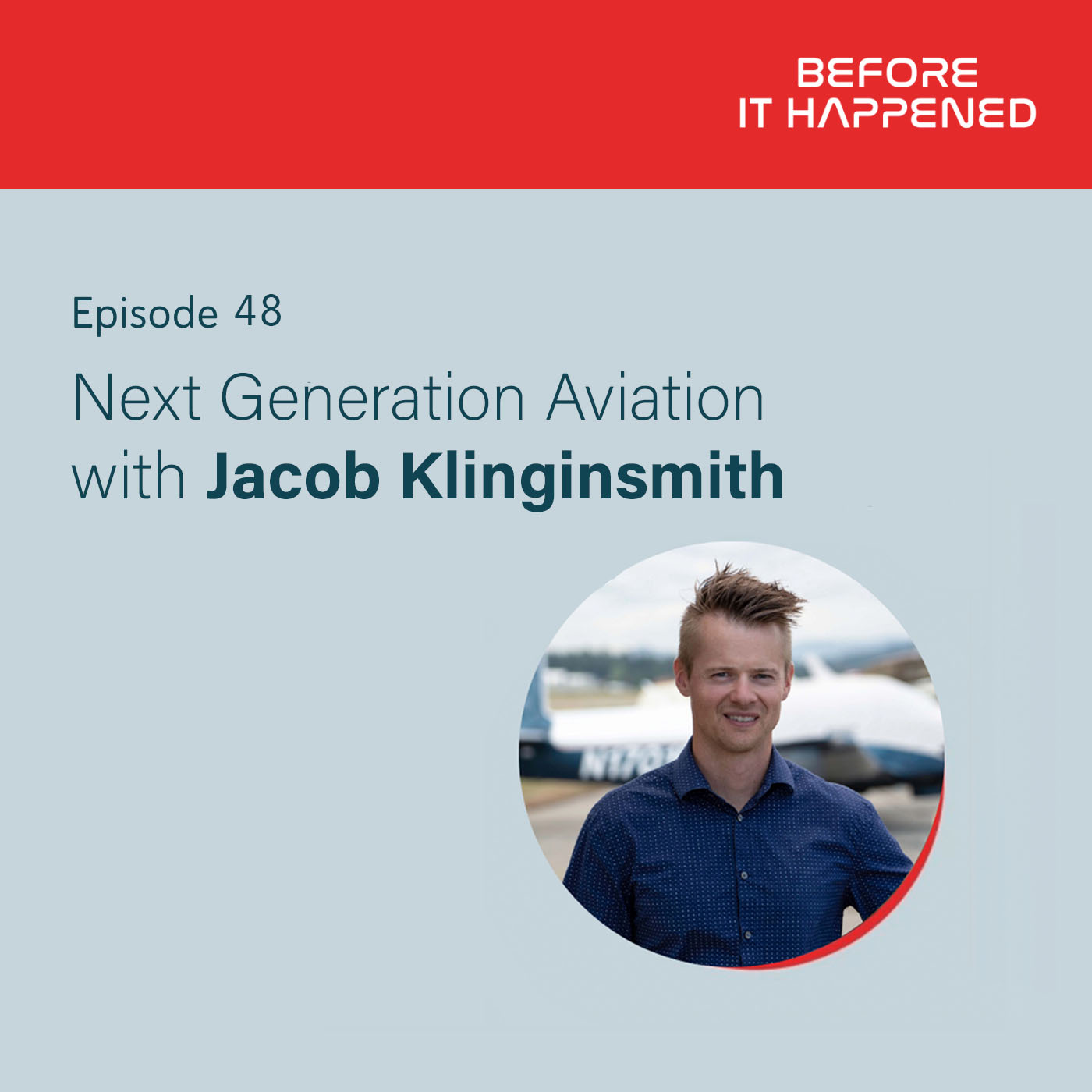 With a simple tweak to an airplane’s wing design, the aviation industry's global carbon emissions can be minimized dramatically while also improving safety and operating costs. Jacob Klinginsmith is the president of Tamarack Aerospace Group and his company is working to do just that with their patented active winglet technology. Jacob joins this episode to share a little bit about the lifelong passion that he has found in flying and explain how Tamarack works to increase aircraft efficiency (as well as a plane’s lifetime). Tune in to discover how this airplane enthusiast is changing the conversation around safety and sustainability in the aviation industry!

(02:19) - Born to be an aviator - “We did a big trip when I was about 15 or 16. We flew from Washington state to Missouri, so we got to see Mount Rushmore. We got to go to Leadville, Colorado, which is kind of a bucket list item for any pilot.”

(08:24) - Increasing aircraft efficiency - “The defense community has reached out to us and said ‘Hey, we see what you're doing in the business jet community. Can you help us save fuel? Can you help us climb faster and provide safety for the missions?’”

(15:52) - How Tamarack reduces fuel burn and increases a plane’s lifetime - “The winglets that are on commercial jets right now offer about 4-5% efficiency improvements. So if we can double that or triple that, that's really significant.”

(21:00) - Wing surface upgrade, electric planes’ performance enhancement and other potential applications - “If you think about the wing wanting to bend up when you hit a bump, these surfaces are aerodynamically pushing the wing back down so that it's not getting overstressed.”

(24:25) - Cost reductions and investment perks - “For an airline maybe that specializes in only having 737s, if they want to increase the number of airports they can serve by getting a little bit of more range out of those platforms, then that's a really different return on investment calculation.”

(27:31) - On safety, regulation and sustainability - “As the industry develops technology that's ready for certification, the authorities need to figure out how it's going to be done. I think that's one of the biggest challenges that we have as far as new technology development.”

Before IT Happened is produced by Donna Loughlin and StudioPod Media with additional editing and sound design by nodalab. All episodes are written by Susanna Camp. The Executive Producer is Katie Sunku Wood and the show’s coordinator is Nicole Genova.