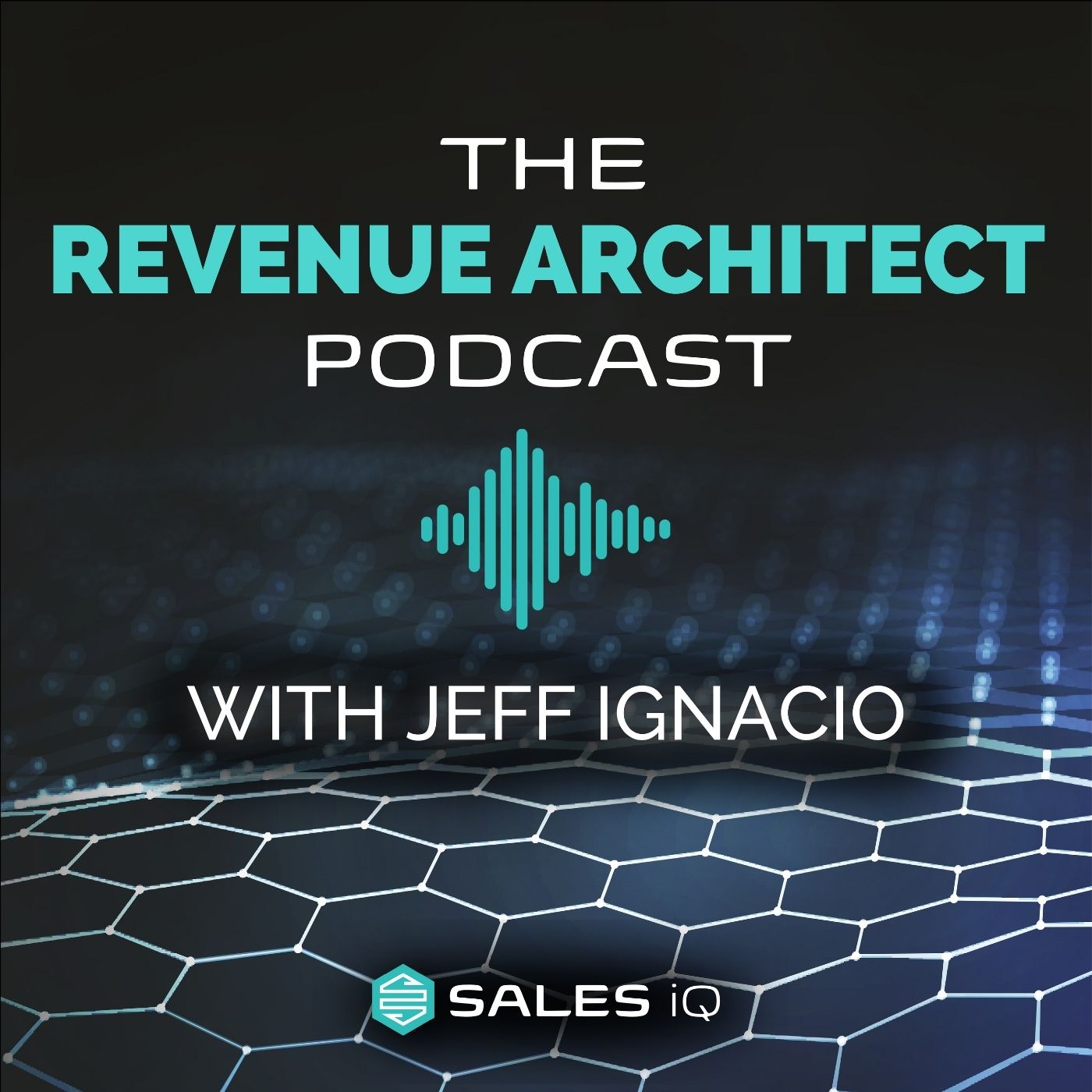 Automation can seem like a big, buzzy, maybe scary, topic. But the benefits it can deliver are legitimate, and far greater than simple removing mundane tasks to #FreeTheSalesRep. In this episode of the Revenue Architect podcast, Jeff explores four key benefits of adding automation to your tech stack, and some essential considerations to make before you dive in.

Connect with Jeff on LinkedIn or email him at jeff@salesiqgroup.com

The Revenue Architect is powered by Sales IQ Global.

I live in Southern California. So there's always this thinking that robots will be created by mankind only to find ourselves staring down the barrel of destruction zone by our own blindness, to the dangers of killer artificial intelligence. Who knows if that's going to be true or not, but let's talk about something that's a whole lot less scary, shall we?

Automation. It's the big bingo buzzy buzzword floating around the technosphere read any software vendors, marketing and sales collateral, and you were sure to come across all the usual suspects, let's find out who our contestants are. Automation, productivity gains, artificial intelligence, machine learning, monte Carlo analysis. Okay. That's five. We're starting a basketball team. Let's move on.

Let the seller sell is what you'll often hear. It's a rallying cry of unshackling overly burdened and processed obsessive overlords. They just want to be free, free, free, free from the mundane inundation of filling out next steps and closing.

Hashtag free the sales rep. Anyways, one topic that continues to pop up in the revenue tech space is increasing automation within the business. But what does that really mean? And what benefit does it bring for the good folks in revenue operations or any operations for that matter? Automation has become this silver bullet panacea cornucopia, but in reality, it's the combination Kymera hybrid Hydra of tools and processes resulting in the revelation reduction or elated elimination of human related intervention. Told you this was about the elimination of humans, didn't I?

But in all reality, there are four key benefits. I think we can justify bringing in automation into the business. The first is what's called the displacement and compensation effect by introducing automation. Presumably previously time-consuming manual work would be wasted. And it's often said that time is the most precious resource of all.

Father time is undefeated. They say in sports. So by carving back the time it allows the business to feel like moving unused furniture out of that. Wow. Look at that space. I didn't realize how big our place was. The same is true with your time. Automation frees up your team in both high and low roles to reallocate to higher and better uses.

Imagine that going to a demo fully prepared. Amazing. What a little background research can do to spice up that second meeting conversation. We said this earlier, but let the seller sell meaning squeezing in a few more calls, a little extra time to put a bow tie on that proposal deck a little time to eat a pop tart in between calls.

I mean, whoever thought that selling on an empty stomach was a good thing. It must be some sort of. The second benefit is a massive drop in errors. I can't tell you how many times my work has suffered cancerous mutations by not performing the task perfectly each and every time we're human. After all, we make mistakes on rote repeatable tasks.

You get bleary-eyed doing the same thing over and over. So you can either make humans perfect with high calorie oversight, calling the micromanagement brigade, or you can do the reasonable thing and bring it automated. Error rates should decline. If you use cases, for example, imagine having your ops team, having to ping your reps every time it closed date was off.

You'd have to have the eye of Sauron on your operations team to make sure that every single opportunity meets the standard. That's not realistic. And honestly, not a very fun career choice. Imagine me telling everyone who to apply for an ops job. Hey, you're going to nag sales reps about filling out close dates correctly, and next.

All the time until they hate you. Well, look at that. Maybe I'm wrong. A thousand candidates just applied automation should be the guide here to Shepherd's simple task. Imagine call lists, develop automagically close date recommendations based on deal velocity and engagement, intensity. I'm just riffing, but that's some beautiful jazz.

Sign me up for that music festival. The last benefit is shifting up the strategic operating stack, meaning moving up. What do I mean by that? In the world of software engineering, the concept of the tech stack is a known one. Once upon a time, coding was done at the machine level and the operating system was built a top that machine, so that the next wave of engineers didn't have to write machine learning.

They moved up, they leveled up a layer. If you will, older languages were wrapped around and simplify with new languages to decrease the barrier to entry. There are more software developers than ever before. We are far up the stack. These days, the same can be said to the CRO. In the early days, the business had to worry about their data model, how their leads were going, the route, which accounts belong to which.

How to treat new business versus renewals and have that reflected in their systems. But with automation, it allows you to push those previous challenges down the stack, meaning you've also moved up. You're now able to focus on seeing around corners, putting a formal strategy of what the business could look like in three to five years.

You're able to develop playbooks to head off rolling competition. So as you're going through the journey of why automation is important to your business, think of these three pillars, one carving time back in the form of productivity savings to a significant drop in. Three expanding the activity and strategy pie.

Now, before I go think about what it costs to set up and maintain set automation, it's a shiny service you purchased or built, but it's also quite mechanical. In some ways you need to watch out for breakdowns and output. Automation is only as good as you train it to be. Hence why AI and ML layer on top of automation is such a powerful aphrodisiac.

Here's a simple mental model around the overall cost of setting up and optimizing automation avoid automation, just because you can, don't go overboard automate because it's a no brainer, a creative exercise. You also have the bench strength or the willingness to pay to keep it up. One simple equation is that the total cost of owner.

Is greater than the expenditure to maintain it. So go forward and automate the killer robot revolution has been waiting for you hashtag free the sales rep. Hasta la vista.