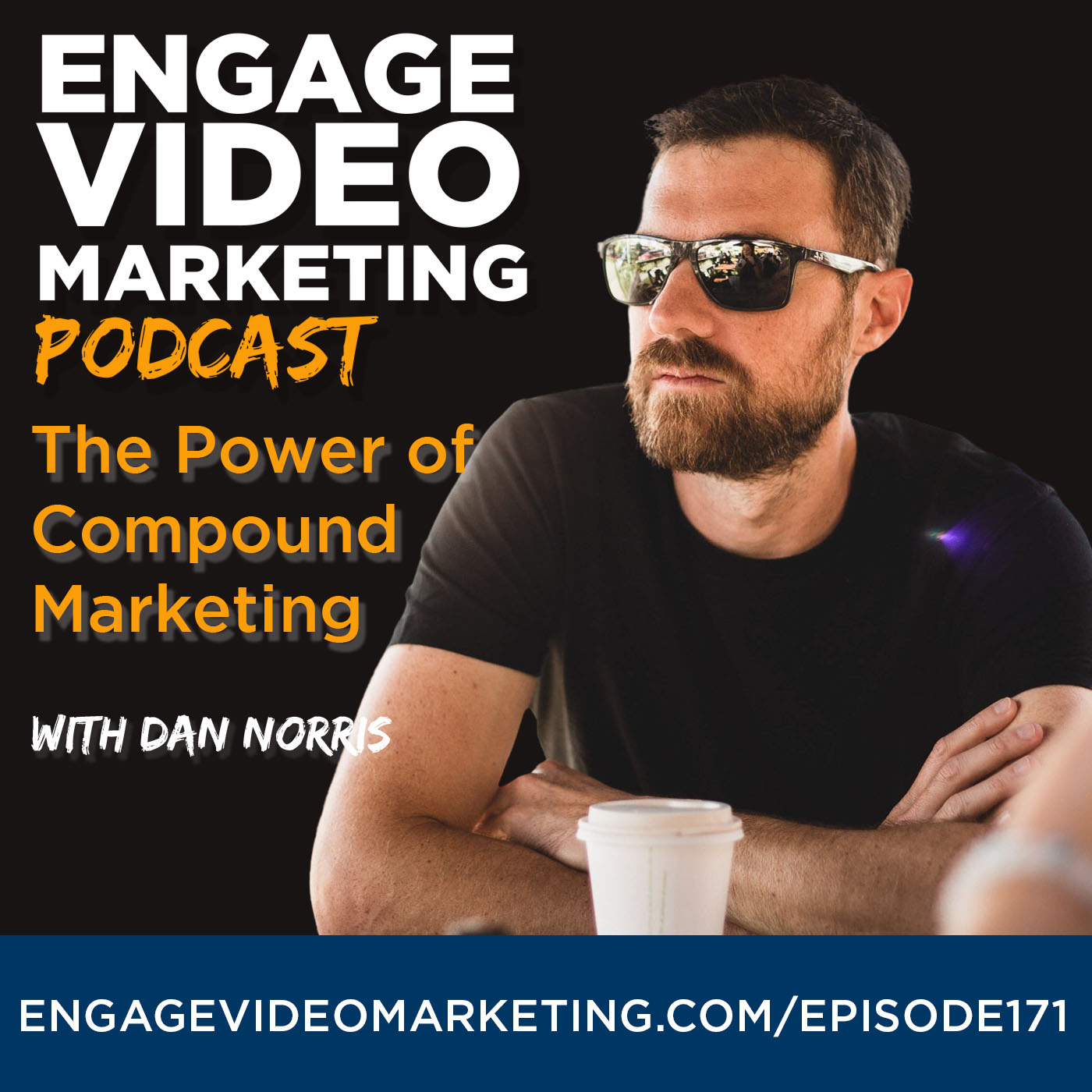 In this episode of the Engage Video Marketing Podcast we’ll dive deep to find out what Compound Marketing is all about and how it can be effective as a marketing tool today.

In June 2013 after failing at entrepreneurship for 7 years, he founded wpcurve.com, a worldwide team of WordPress developers, providing unlimited small fixes and support, 24 / 7 for a low monthly fee. After becoming profitable in 23 days, WP Curve grew to a team of 40, 850+ customers and passed an annual run rate of over $1m AUD within 2 years and a year later was sold to GoDaddy.

With over 65,000 copies sold, Dan’s books have been translated into 13 languages and inspired thousands of people around the world to launch their businesses, with many resulting in 6 and even 7 figure businesses.

Dan currently works full time as the Co-founder and CEO of one of Australia’s fastest growing craft beer breweries, Black Hops Brewing. In 2015 Black Hops brewed the world’s first beer for the biggest entertainment franchise on earth, Call of Duty. In 2018 Black Hops was voted Australia’s Champion Small Brewery at the AIBA awards, Australia’s number 1 beer competition. As of 2020 Black Hops has 2 breweries on the Gold Coast, employs 30 staff and produces 1.5m litres plus per year distributed to 1,000+ customers around Australia including the major retailers Dan Murphy’s, BWS, Coles and 1st Choice.