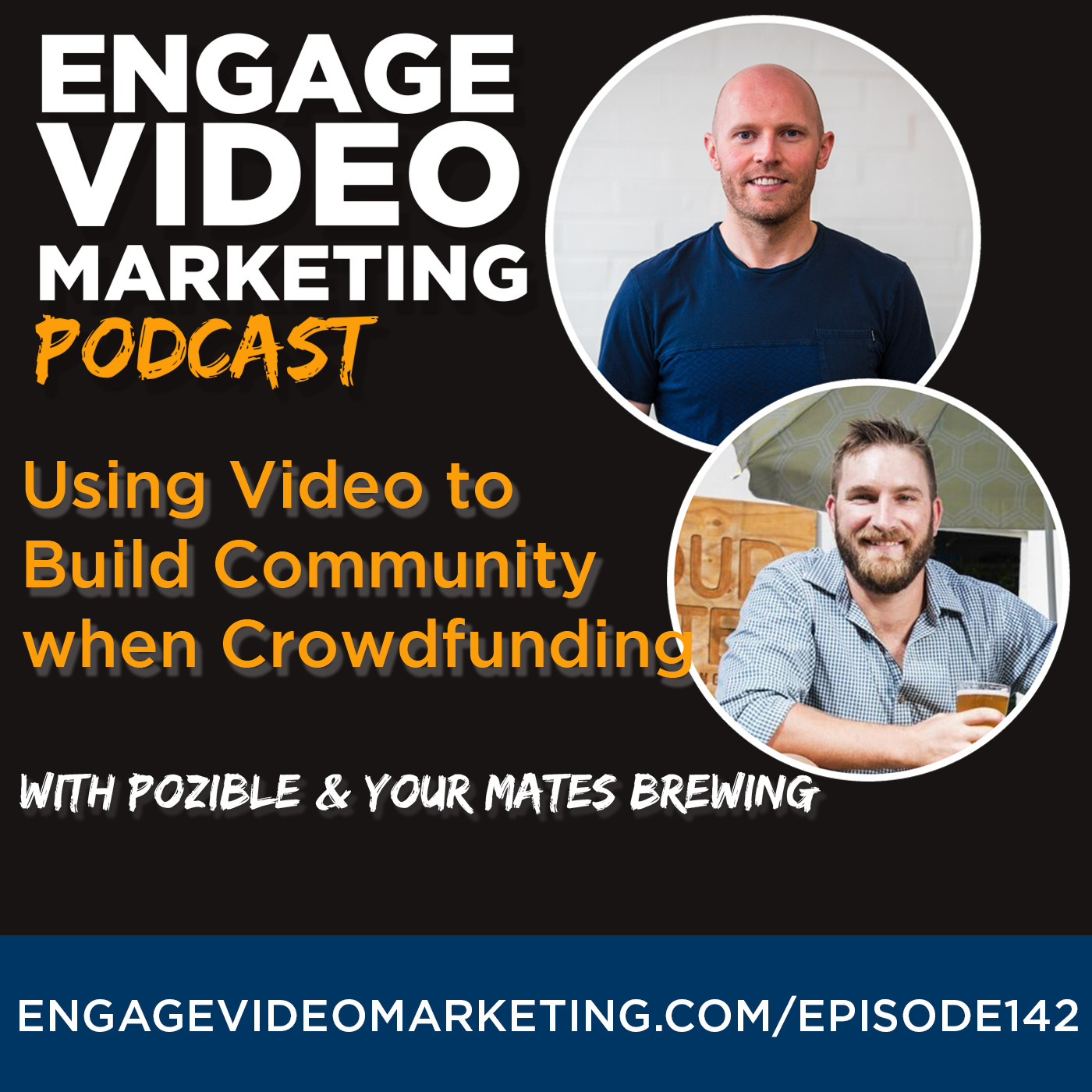 In this episode of the podcast, we’re going to dive deep into how important video is when it comes to crowdfunding campaigns with guests Alan Crabbe from Pozible and Matt Hepburn from Your Mates Brewing Co.

Originally from Northern Ireland, Alan is the co-founder and CEO of Pozible & Birchal. Alan introduced Crowdfunding to Australia and Asia pacific in 2010. The Pozible platform was developed to help creatives build audiences, raise funds and get ideas off the ground.

In late 2017, Alan launched a sister platform called Birchal - a new licensed equity crowdfunding for brands to connect with investors.

The sites have hosted thousands of projects and capital raises in Australia and the platforms have helped raise over $100 million since 2010.

Matt Hepburn is the co-founder of Your Mates Brewing Co. Their story began in the small coastal town of Moffat Beach on the Sunshine Coast. In 2013, they quit their professional jobs, started slingin’ beers at the local bar and began the adventure of a lifetime.

In 2015, they launched their first beer ‘Larry’ on the Sunshine Coast. They were literally working 90+ hours a week perfecting their recipe, running sales, accounts, deliveries, events whilst working their bar jobs to ensure they could float their tiny business.

In June 2017, they had a great opportunity to brew the beer themselves at Macleods Brewing Co. in Maleny. Over the years, Christen had brewed on 10 different systems with a large number of various brewing mentors.

In 2018, they became the first brewing company in Australia to participate on the national television show ‘Shark Tank’.

Your Mates Brewing Co. was not only built without blood sweat and beers, but the whole of the Sunshine Coast, is now in the best position possible to become bigger than they could have ever dreamed. Your Mates represents everything that is good about beer and they love their customers value this as much as them; drinking good beer, with good mates and having a good time doing it!