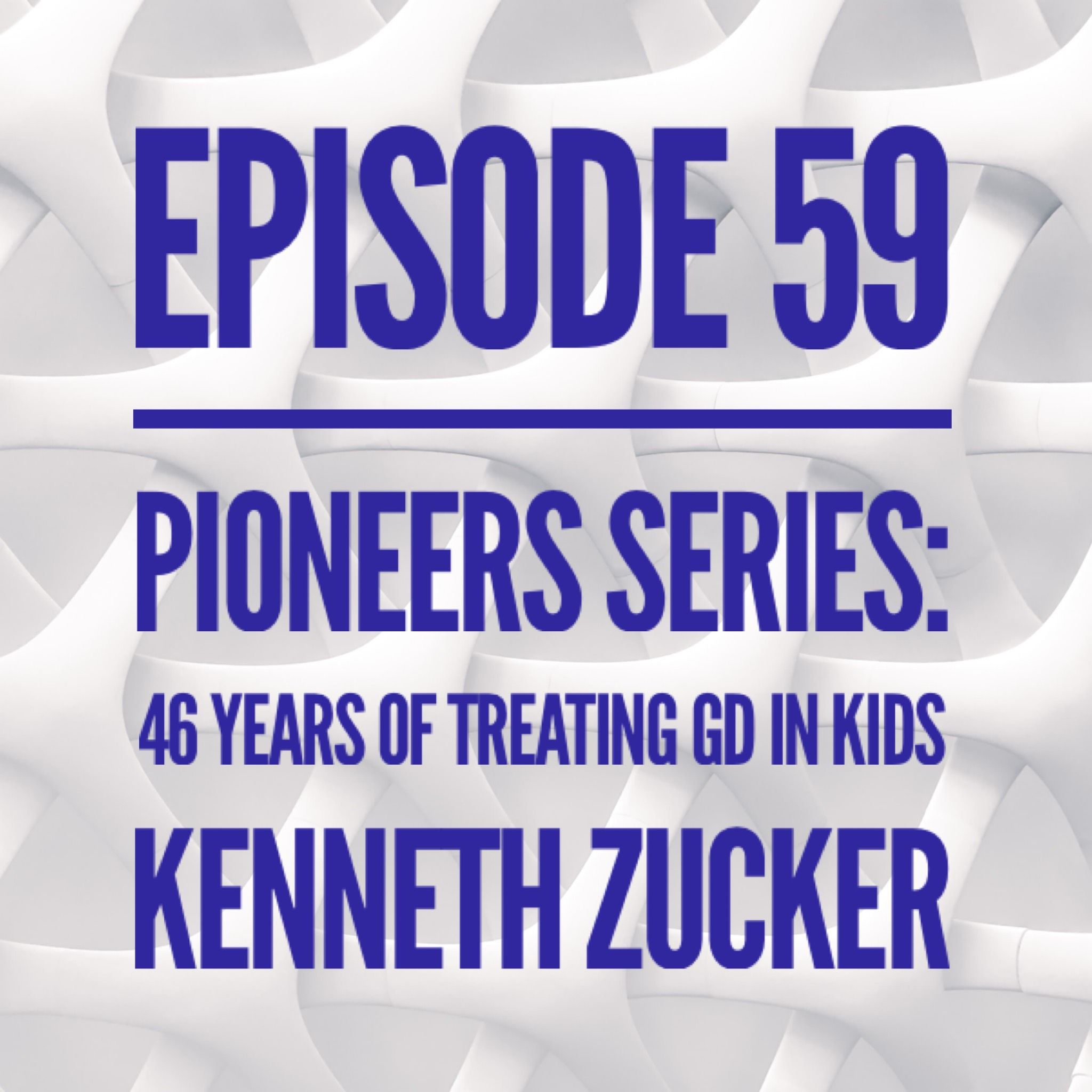 Dr. Zucker is a registered clinical psychologist in Ontario. He received his Ph.D. at the University of Toronto in Developmental Psychology in 1982. He is a Professor (Status Only) in the Department of Psychiatry, University of Toronto, and in private practice. He was the Chair of the 2013 DSM-5 Work Group on Sexual and Gender Identity Disorders. He is a past President of the International Academy of Sex Research and has been the Editor of Archives of Sexual Behavior since 2002. Since 1976, Dr. Zucker has worked clinically with children and adolescents with gender dysphoria and their families. His research spans a variety of areas, including epidemiology, diagnosis, and assessment, associated mental health challenges, causal mechanisms, and long-term follow-up.

In our discussion, Ken describes the early years of working with childhood gender issues starting in the 1970s. We talk about the changes he’s seen in the kinds of kids, families, and therapists in the field. Politics has always been present in the world of gender identity treatment, but this came to a head for Ken when he was fired from his position at the CAMH hospital in Toronto 2015 after activists made some wild accusations and hospital administrators became fearful for their positions. After a three-year legal battle, he was finally vindicated and compensated. Even with his decades of leadership in the field, Zucker was not protected from this early cancel-culture manifestation. We talk about what his story means for individuals in practice and the field more broadly.