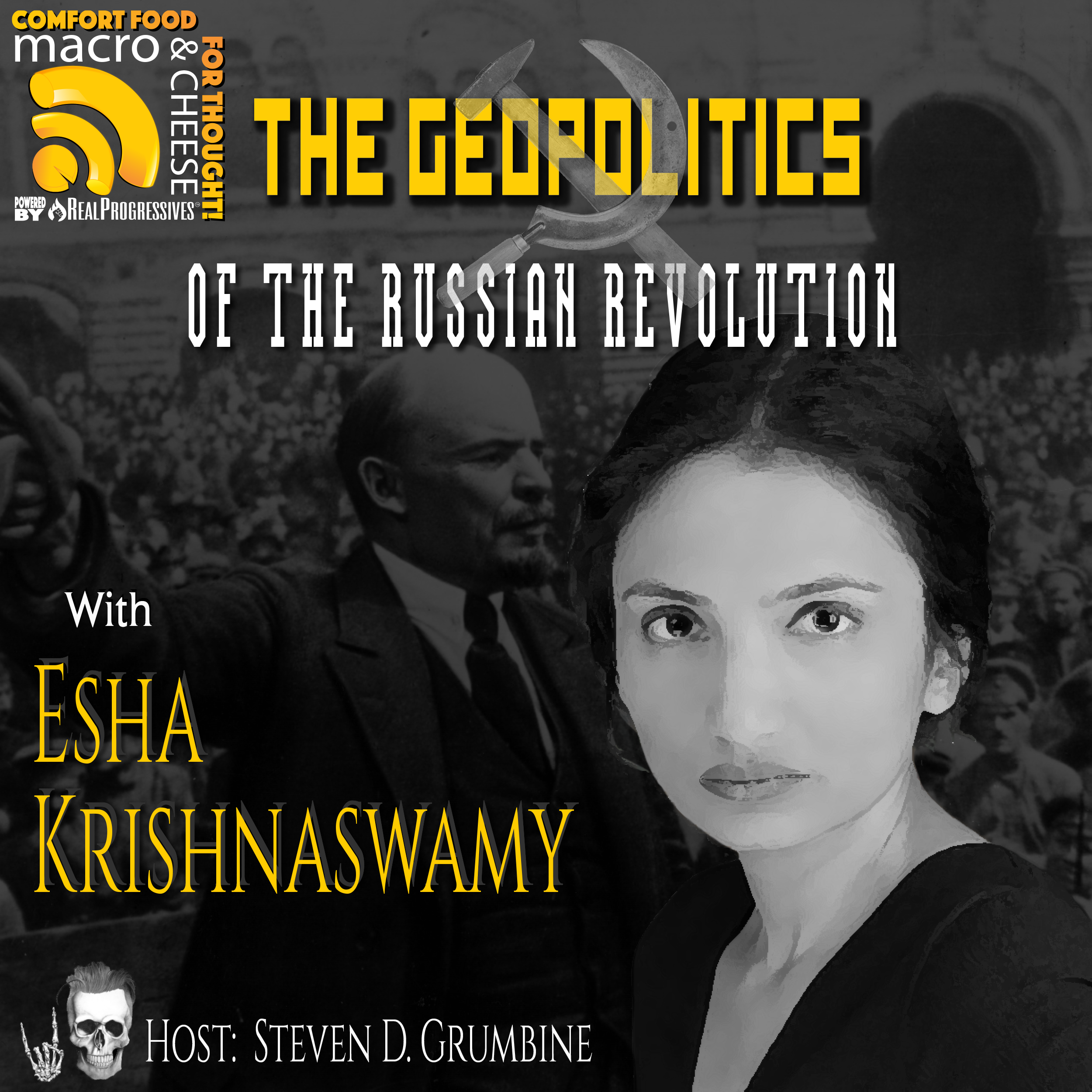 Esha’s last visit to Macro N Cheese inspired Steve to read Lenin’s What Is to Be Done and John Reed’s Ten Days That Shook the World, igniting a new interest in political theory and revolutions. This, in turn, lit a fire under others on the Real Progressives’ team. In the past half year, we’ve been learning about the Russian, French and Haitian Revolutions. (If you haven’t yet heard last week’s episode on Haiti with Pascal Robert, what are you waiting for?)

Esha’s Historic.ly podcast aims to decolonize history and debunk myths and misinformation taught in school and on corporate media. She has now added “Late Nights with Lenin” and “Soviet Summers” to her programming line-up.

This week Esha is back to lead us through 1917. The Russian Revolution often focuses on individual players: Tsar Nicholai, Kerensky, Lenin. In fact, Russia’s fate was inextricably entwined with and affected by massive geopolitical shifts as the 19th century division of the world amongst the imperial powers of France and Britain was threatened by a late-bloomer, Germany, and unrest in Russia.

In reality, the object of the struggle of the British and French bourgeoisie is to seize the German colonies and to ruin a competing nation which has displayed a more rapid rate of economic development. And, in pursuit of this noble aim, the “advanced” democratic nations are helping the savage tsarist regime to strangle Poland, Ukraine, and so on, and to throttle revolution in Russia more thoroughly. - Lenin, “War and Russian Social Democracy”

Esha compares the players to those on the global stage today and constantly reminds us to question the old narratives. After World War I ended, 14 nations conspired to attack Russia, yet it’s called a “civil war.” Why? American and British newspapers published puff pieces about the Tsar Nicholas, while portraying the Bolsheviks as brutes and tyrants. Why? Whose interests were served by perpetuating such myths?

Esha’s enthusiasm and delight are infectious. She describes events as if she had been there and people as if she knew them. It is hard to avoid finding heroes and villains in history. We learn to discern propaganda so we can study history and theory and consider how to shape the world we want to build.

Esha Krishnaswamy is a writer and media critic whose focus is on history, foreign policy, and Modern Monetary Theory. She is host of Late Nights with Lenin and Soviet Summers. Find her work at historicly.substack.com