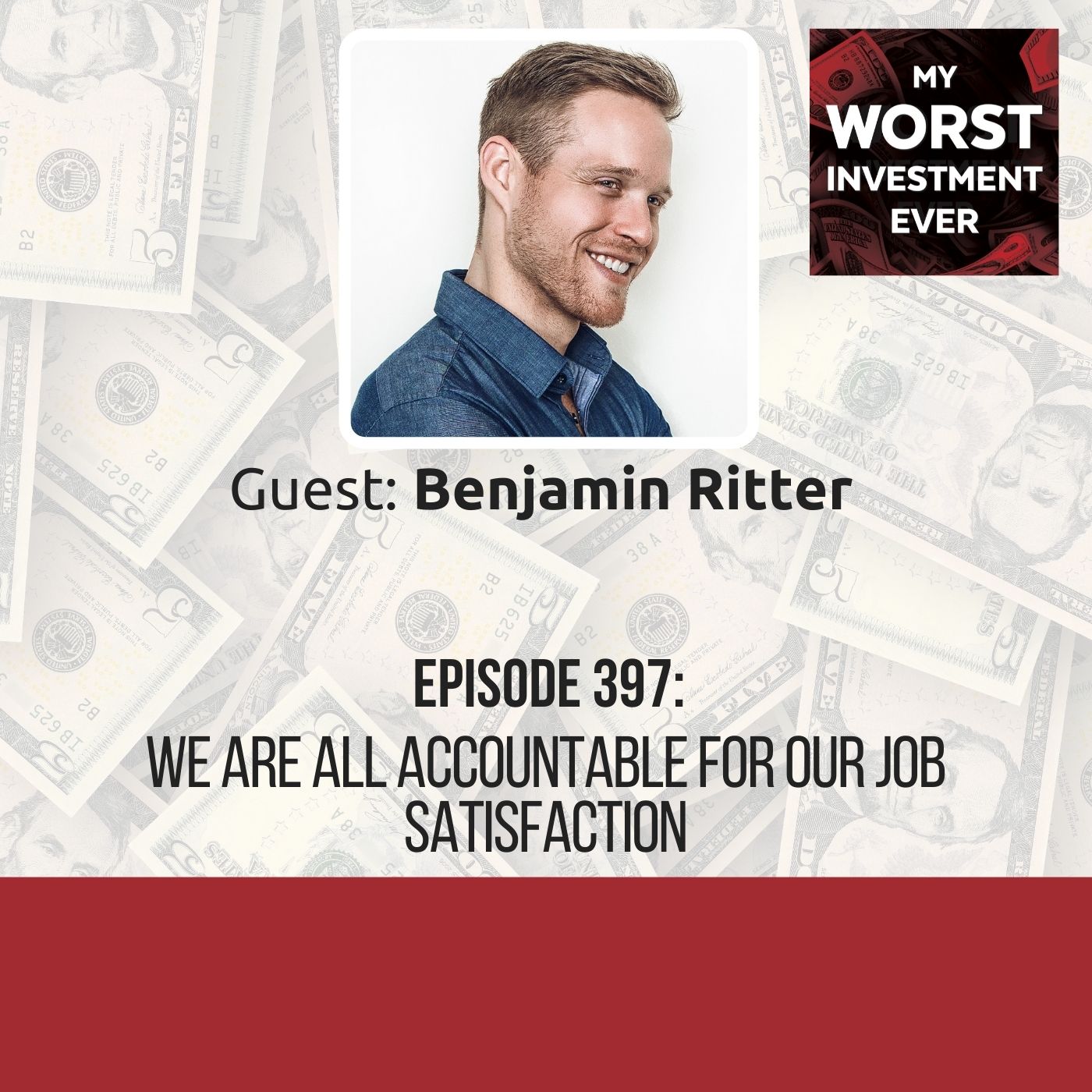 BIO: Dr. Benjamin Ritter is a leadership and career coach, values geek, regional learning manager for Young Presidents Organization (YPO), national speaker, podcaster, author, mentor, and is passionate about guiding others in finding, creating, and sustaining a career they love.

STORY: For a very long time, Benjamin worked different jobs trying to find an employer that would give him the satisfaction he was craving. It was only years later, and after doing a couple of jobs that left him unhappy, he realized it doesn’t matter where he works. What matters is how he works and how he thinks about his work.

LEARNING: To have job satisfaction, you must change the way you perceive work and the value you take away from it. Live each day with intention.

Dr. Benjamin Ritter is a leadership and career coach, values geek, regional learning manager for Young Presidents Organization (YPO), national speaker, podcaster, author, mentor, and is passionate about guiding others in finding, creating, and sustaining a career they love.

From empowering young professionals to get unstuck, guiding senior leadership on how to stand out from the competition, and developing executive presence, Ben is an expert in his field and will guide you toward truly living for yourself at work and in life.

Benjamin wanted to be a professional athlete when he was younger, so he never imagined himself sitting behind a desk working the nine to five. He also had a dad who was an entrepreneur, and he would take Benjamin on home remodeling jobs. A traditional job was, therefore, not on Benjamin’s mind when he was growing up.

Trying to find his purpose

So when it was time for Benjamin to join the workforce, after not becoming a professional athlete, he didn’t know what he wanted to do and where he wanted to do it. But he ended up finding a couple of things he was passionate about.

Benjamin got involved in public health policy and entrepreneurship in a variety of ways. He ended up in healthcare administration, an area that he never thought of. But he was happy to have a job where he was creating real direct outcomes for people. He did this for seven years.

Within the seven years Benjamin worked in healthcare, he got promoted to an executive-level position and was on the road to becoming a higher-level executive or CEO.

Even with all this success, Benjamin was unhappy to the point where he stopped volunteering for work. He just did as little as possible to get by. He felt stuck, unfulfilled, and dreaded his job. This dread leaked into Benjamin’s work, romantic, and family relationships. He was walking around this dark cloud over his head. He walked into the office one day and realized just how miserable he was. It hit him that this was not how his life was meant to be.

Now Benjamin understood that it does not matter where he works. What matters is how he works and how he thinks about his work. That realization led to some pretty amazing things, and that’s how he got to where he is today.

To be more satisfied, you must change your mindset towards work

We are all accountable for our levels of job satisfaction. You have to change the way you perceive work and the value you take away from it. So when you walk into the office, or when you open your computer to start your workday, if you are thinking negatively about your job, of course, you are going to have a negative experience. If you feel your work is worthless, it’s going to be worthless.

Live each day with intentions

If you’re going into every single day without the intention to take something from it, you’re going to take nothing. If your job feels worthless, then change your career to what you need it to be. Then show up and make the most of it.

Life is not meant to be complicated

Life is not meant to be complicated. If somebody is complicating things or you find yourself complicating your life, stop and make it simple.

You get back what you put in

Take some time and make a list with three categories. One is what’s the work you love to do, and two is the people you love to work with, and three is the positive impact you see from the work you do daily. Every single day, try to nudge your job a little bit more towards one of these categories. If you do that, you are going to evolve in your career in a positive way naturally.

Benjamin’s number one goal for the next 12 months is to finish writing his next book.