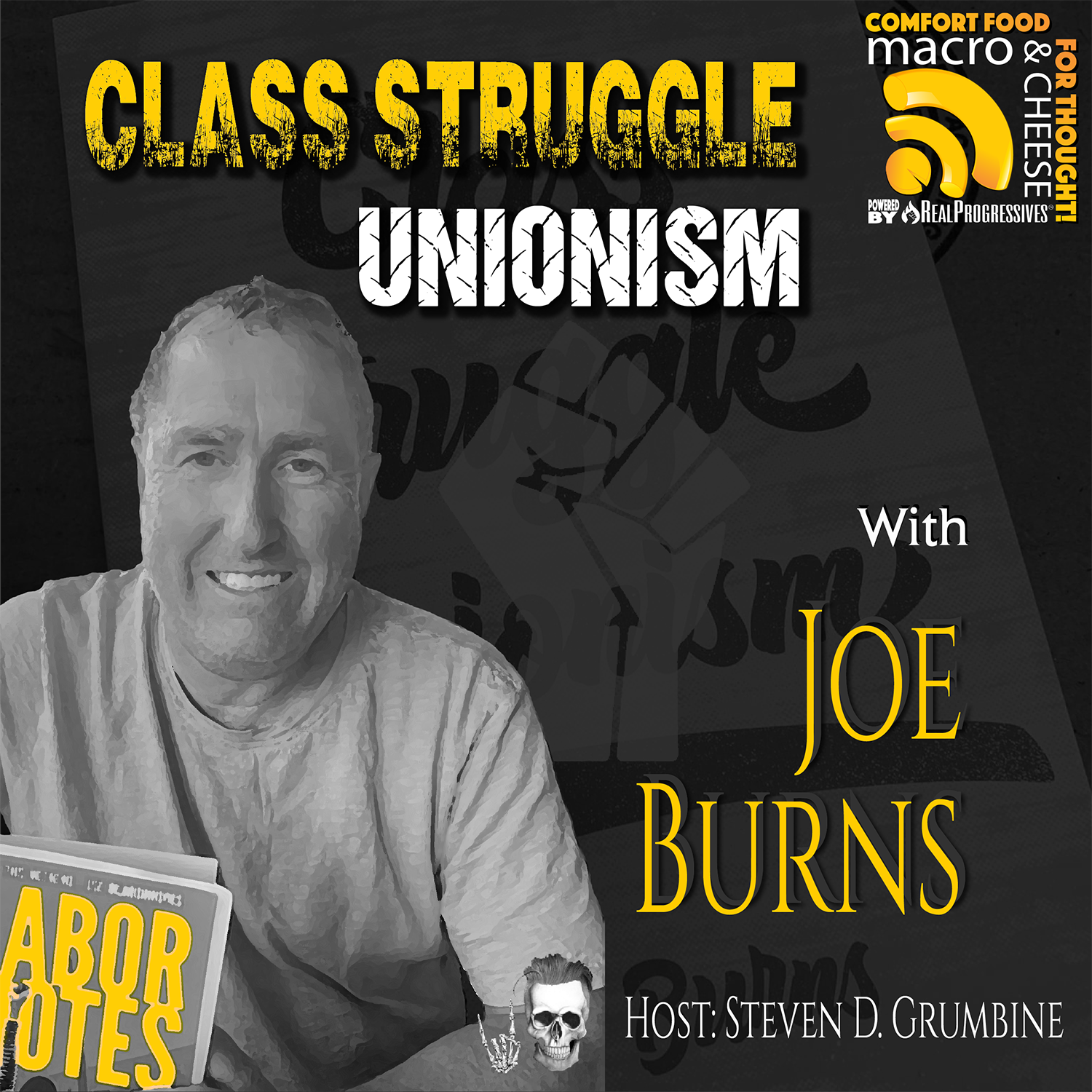 Listeners who came of age in the US since 2008 don’t remember a time when “class” was a term only used by politicians - and always with the modifier “middle.” Candidates of both parties assured us of their deep affection for and connection to the middle class. They left it up to us to define what exactly that meant. Unless you associated with leftists, you were more likely to hear “capitalism” spoken of by conservatives  again with a modifier: “free market.” For many, the global financial crisis was an undeniable wakeup call and Occupy Wall Street drew attention away from Washington, DC, and pointed it toward the financial industry. At last.

Steve’s guest, Joe Burns, is a union negotiator and labor lawyer. In the year and a half since he was last on this podcast, he completed and published his third book, Class Struggle Unionism. As we saw in his previous episode, Joe is a student of labor history, and he talks us through the historical division in the movement. Unsurprisingly, it coincides with the spread of neoliberalism.

Joe contrasts class struggle unionism to business unionism – or pragmatic unionism - that developed after the relatively strong labor movement that lasted into the 1970s. Business unionism by its nature is extremely conservative. It is pragmatic and bureaucratic.

But the problem is, as they say, capital is a relentless force, right? So society and the economy is constantly changing and employers, as I've noted, used their influence to change the rules of the game over the decades and the stable bargaining that might have existed 40, 50 years ago is gone now.

Throughout the episode, Joe and Steve return to the question of power. Joe defines the real powers in society as the big institutional investors and multi-billionaires who have used their resources and influence for the past century to shape the laws and transform the entire economy.

The US workplace is no longer one of industrial production. Gone are the days when half a million striking steel workers can shut down the economy. Today’s labor movement must face a different kind of employment, increasingly repressive labor laws, and a ruling class that is trying to drive us into a recession, which causes workers to lose their bargaining power.

“That's a fundamental intervention to change the rules of the game. Workers finally have the ability to go on strike and the billionaire class and their representatives are changing monetary policy to try and drive us into a recession.”

The rules of the game are rigged against working people, so class struggle unionism is acknowledging a reality that already exists.

Joe Burns is a veteran union negotiator and labor lawyer and the author of Strike Back and Reviving the Strike. His latest book recently published by Haymarket Books, is Class Struggle Unionism.