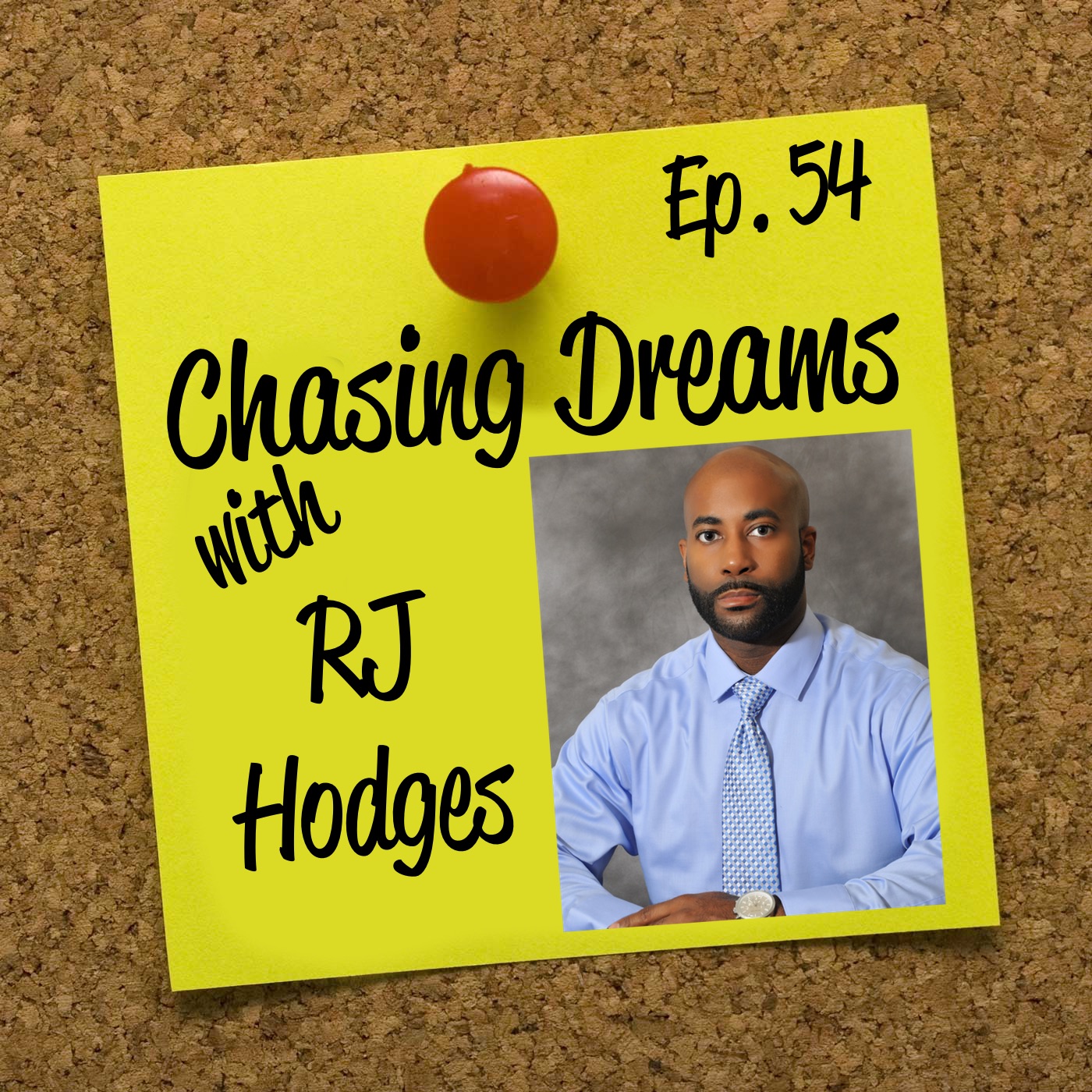 RJ Hodges is a professional speaker, certified personal mastery life coach, certified practitioner in the healing art of Reiki, and the creator of a coaching system known as L.I.F.E (Living in Full Existence) Education. He is a bestselling co-author of the book, Mission Unstoppable partnering with world-renowned leaders George Fraser and Les Brown. RJ is also the author of You Can’t Practice At The Game, The Art of Mastering You Volume One, and an audio book series called Winner Status. RJ is the founder and president of empowerment companies BORN II WIN and RJ Hodges Speaks, LLC.

TWEET: Figuring Out What You Want and What to Do Next, with RJ Hodges on this episode

It was a business opportunity that opened him up to helping other people.

RJ Hodges was not your typical 19 year old kid. He stepped out of highschool and immediately got busy working in a network marketing business. His dream was not necessarily to build a huge multi-level business - but simply to build something out of his life. It was that business opportunity that opened him up to the idea that his real job was to help people and he soon discovered that there are thousands of ways to do that. On this episode you’re going to hear the path RJ chose and how it’s led him to some amazing opportunities.

“I was born a giant and somewhere along the line became less than I was.”

One of the powerful things RJ Hodges teaches his coaching clients and those he speaks to is that every one of us is born a giant with great things to do in the world. But somewhere along the way we get taught that we are less than that, that we can’t do certain things, that we are less capable than we really are. And we believe it. RJ loves to see the lights go on for people who begin to believe again in the giant within. His goal is to help people be free of those kinds of limiting beliefs and on this episode Aimee and RJ chat far and wide around that subject to help you unpack and think through what might be limiting you.

TWEET: I was born a giant and somewhere along the line became less than I was ~ RJ Hodges

You need to think of the concept of “target audience” differently.

On this episode of Chasing Dreams Aimee and RJ begin talking about the idea of a “target audience” as entrepreneurs. Neither of them really care for the term because it feels limiting. But RJ has come to see that the target audience really has more to do with who HE is rather than who is ideal clients are. He’s finding that when people resonate with him they tend to be aligned perfectly with what he’s got to offer. So instead of focusing on a target audience, he focuses on being a better version of himself, with no apologies. You can hear more about this new way of thinking of a “target audience” on this episode.

Magic happens when you become the thing you want to be.

When RJ Hodges talks about “becoming the thing you want to be,” he means becoming focused on it deep within. He believes that the more you get focused on what you want and begin to remove the things that are not in alignment with who you want to be, you begin to resonate with those things and become that person. That’s when you stop chasing your dreams and your dreams begin chasing you. You can hear the inspirational way RJ communicates these concepts on this episode, so be sure you take the time to listen.

TWEET: Magic happens when you become the thing you want to be ~ RJ Hodges

Never Ever Quit Video I mentioned on the show -

TWEET: It was a business opportunity that opened him up to helping other people

TWEET: As an entrepreneur you need to think of the concept of “target audience” differently