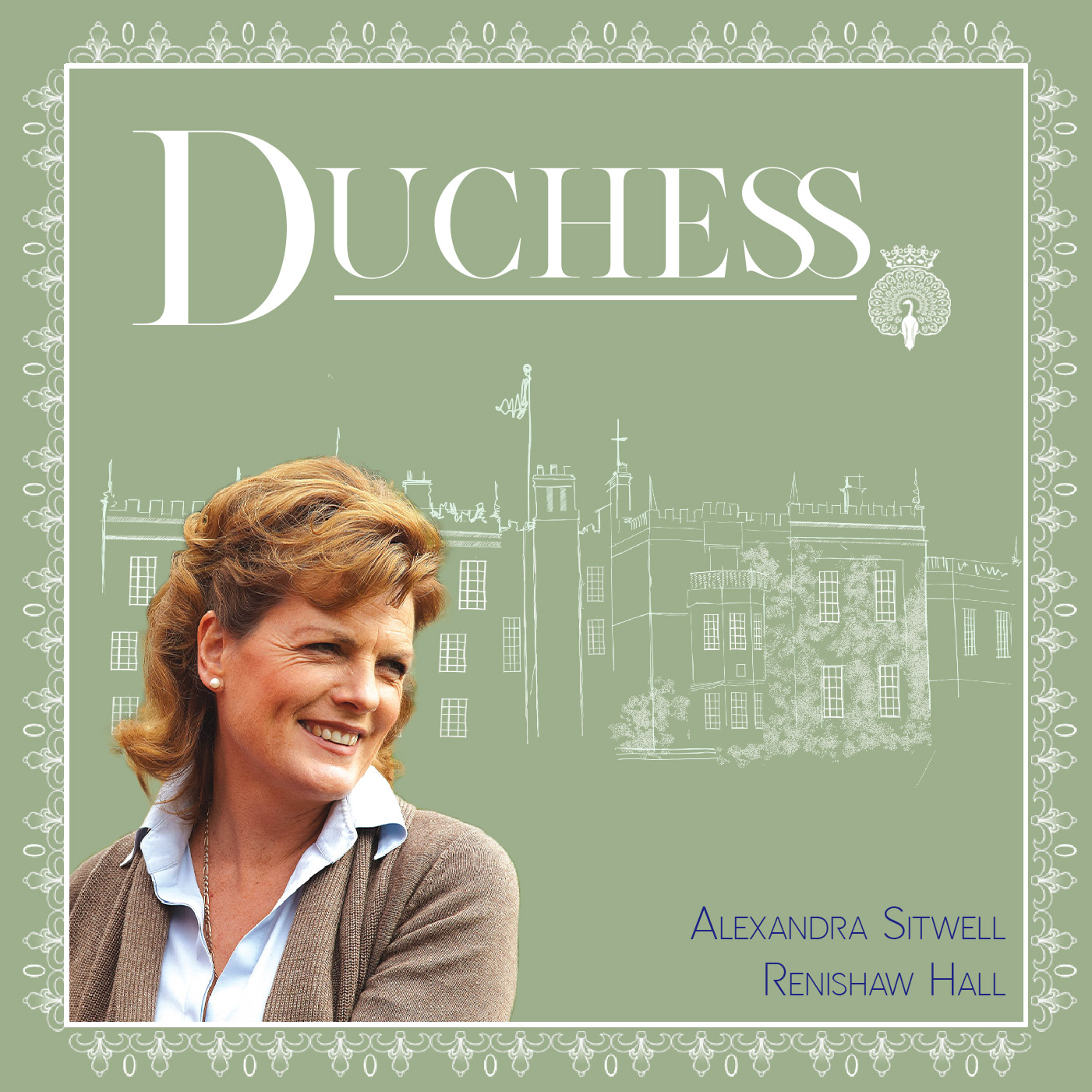 In today’s episode, the Duchess journeys to Renishaw Hall & Gardens to meet Alexandra Sitwell. In the show, the ladies discuss why Renishaw became known as ‘the ancestral home of the English eccentric’, Alexandra introduces us to the iconic literary trio that lived at Renishaw, and we are taken on a tour of the unforgettable gardens that surround the home today.

"These houses have a soul." - Alexandra

"The borders of the gardens have the most beautiful flowers. The vistas remind you that you could be in Italy. That's why the gardens of stately homes have been so important to people during this time. Here we are in the middle of Derbyshire, 7 miles from Sheffield, with these fabulous gardens that can take you to another world." - Duchess

It's a love affair with these houses. They scoop you up and, in a way, you can never put them down." - Duchess

"My father used to refer to Renishaw as 'My Mistress of old: Unpredictable, unreliable, expensive but beautiful." - Alexandra

Alexandra Sitwell was brought up at Renishaw Hall from the age of seven, and inherited the estate in 2009. She is married to her husband Richard Hayward. The couple have two adult children together. Alexandra loves the gardens and she credits her mother for continuing to expand and enriching them.

Grade I listed Renishaw sits on 5,000 acres of land, with 10 acres of gardens. The house was built in 1625 by George Sitwell, with further wings, rooms and gardens added later. George Sitwell began his financial empire by mining iron ore. The Sitwell family has owned the house for almost 400 years, generating wealth in the 16th and 17th centuries from iron-making and landowning. Renishaw was famously home to the literary Sitwell trio, siblings who established themselves as rivals to the Bloomsbury Set in the Twenties and Thirties. Sir Osbert was a writer. Sir Sacheverell an art and music critic, and Dame Edith was a poet. Ornamental ponds, a spectacular fountain, secret garden rooms, classical statues, overflowing borders and long vistas all feature strongly in Renishaw’s totally unique gardens. Renishaw also has an award winning vineyard on its grounds and won VisitEngland’s Hidden Gem award.

To find out more about our Sponsor CircleDNA, visit their website here