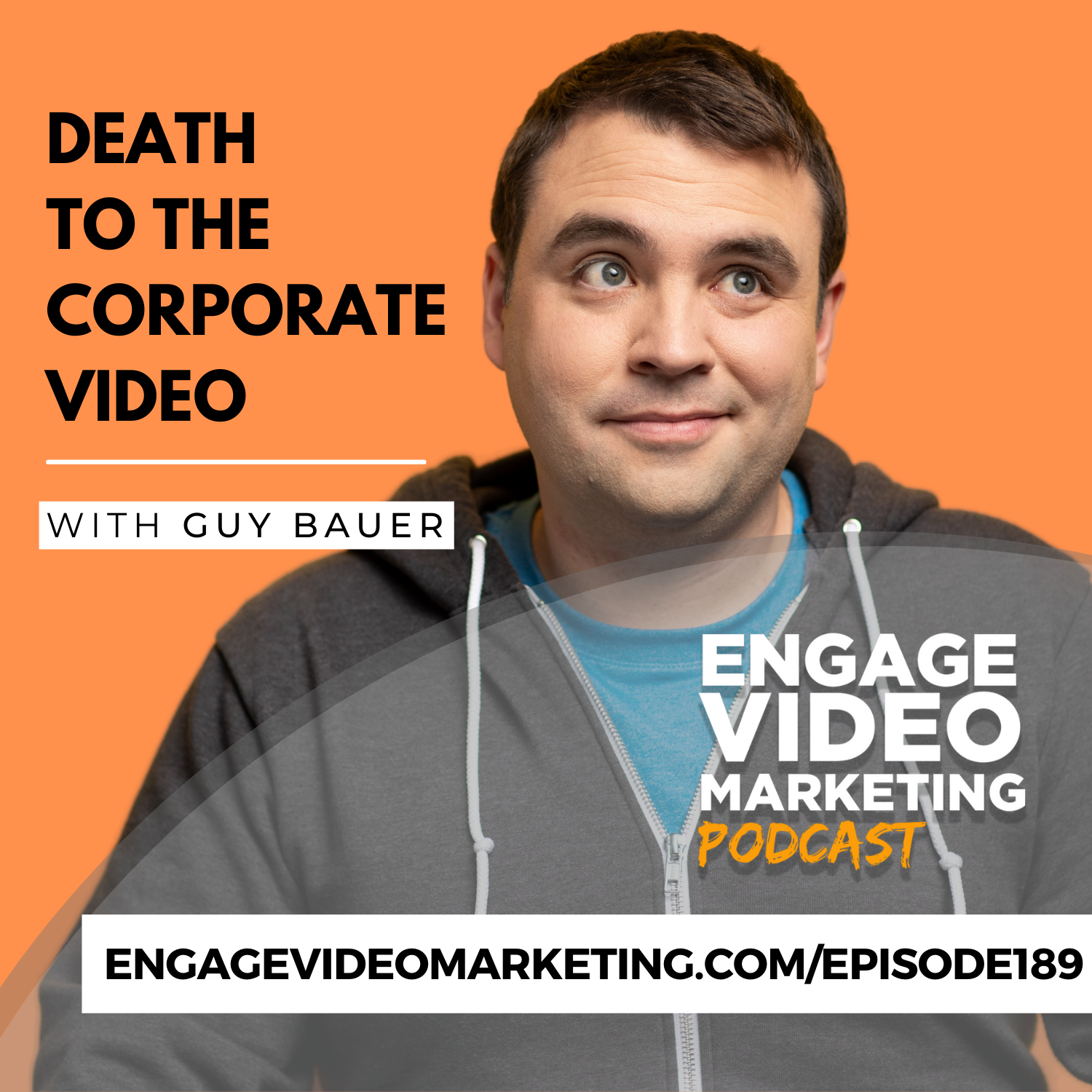 In this episode we’re going to be talking about corporate videos and the stigma wrapped around it. Are you really resigned to the idea that your videos will be talking heads and b-roll, stock music and a couple of carefully placed slow motion footsteps down a corridor?

Do all corporate videos basically fit the same mold?

Guy has been making commercial videos for over 20 years and is the author of Death to the Corporate Video: A Modern Approach that Works. He started the agency in 2010 after a decade of working in TV, film, and radio. Umault’s goal is to make sure an amazing product or service stands out in a sea of mediocre content. Guy believes that in video marketing, the idea is everything and his fleet of creatives and producers excels at shepherding an idea through the entire process, from concepting to scripting through to delivery of the final videos. When he isn’t helping his clients tell a story that resonates and delights while hitting all of their key messages and business prompts, Guy enjoys spending time at his home in Chicago with his two young children and kicking himself for being a Cincinnati Bengals fan.