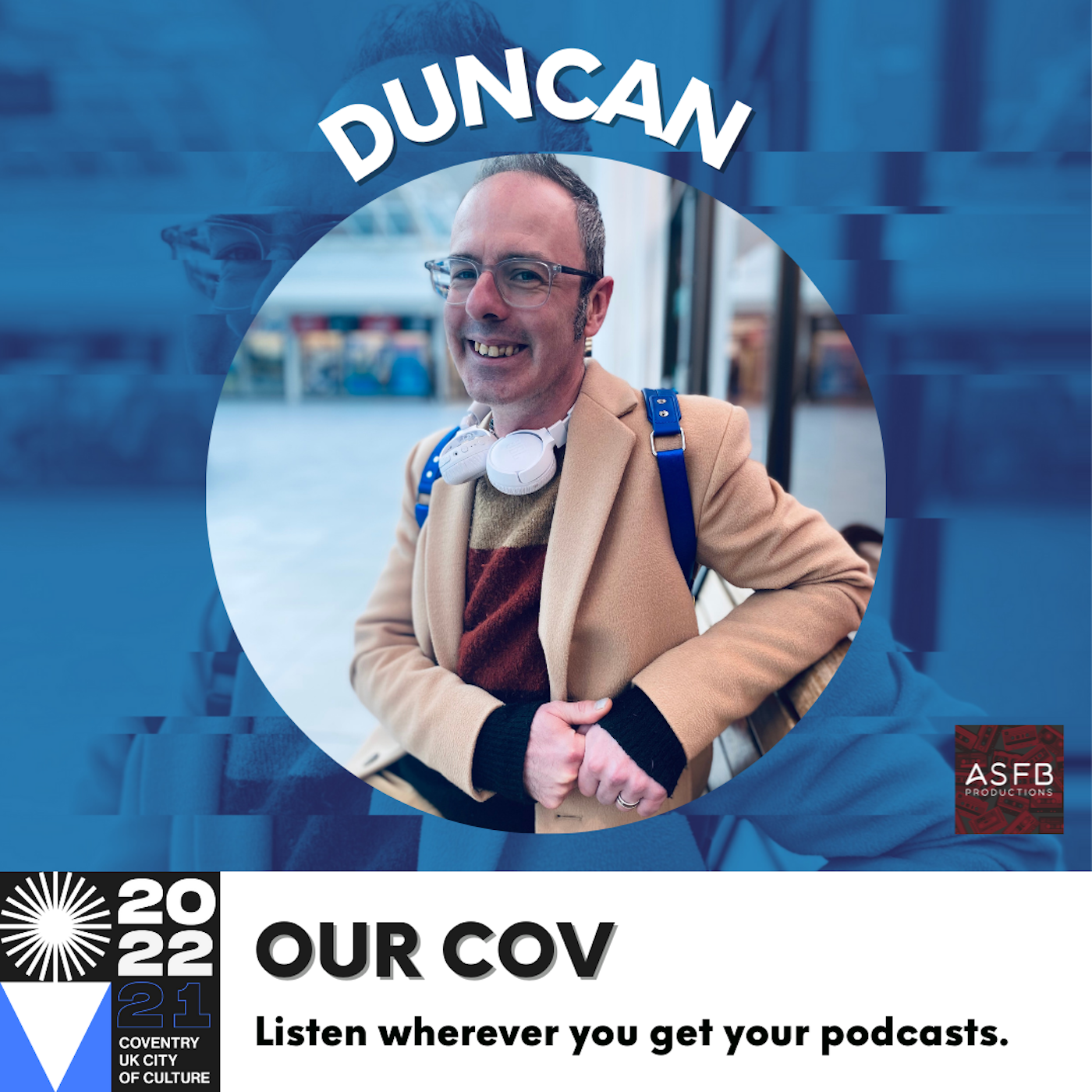 Primary school teacher Duncan reflects on what culture means to him and how that perception has changed after playing a leading part in the City of Culture production ‘Symphony of Us’; a project that truly celebrated Coventry's diversity.

It’s in these newly formed connections with strangers that’s given him great pride for his hometown, a platform to share his story and a curiosity to do more in the local community moving forward.

In this episode of the Our Cov podcast, we follow Duncan to Canley’s Cannon Park Shopping Centre, a part of the city that he’s always called home and now as a married gay man - his safe space.