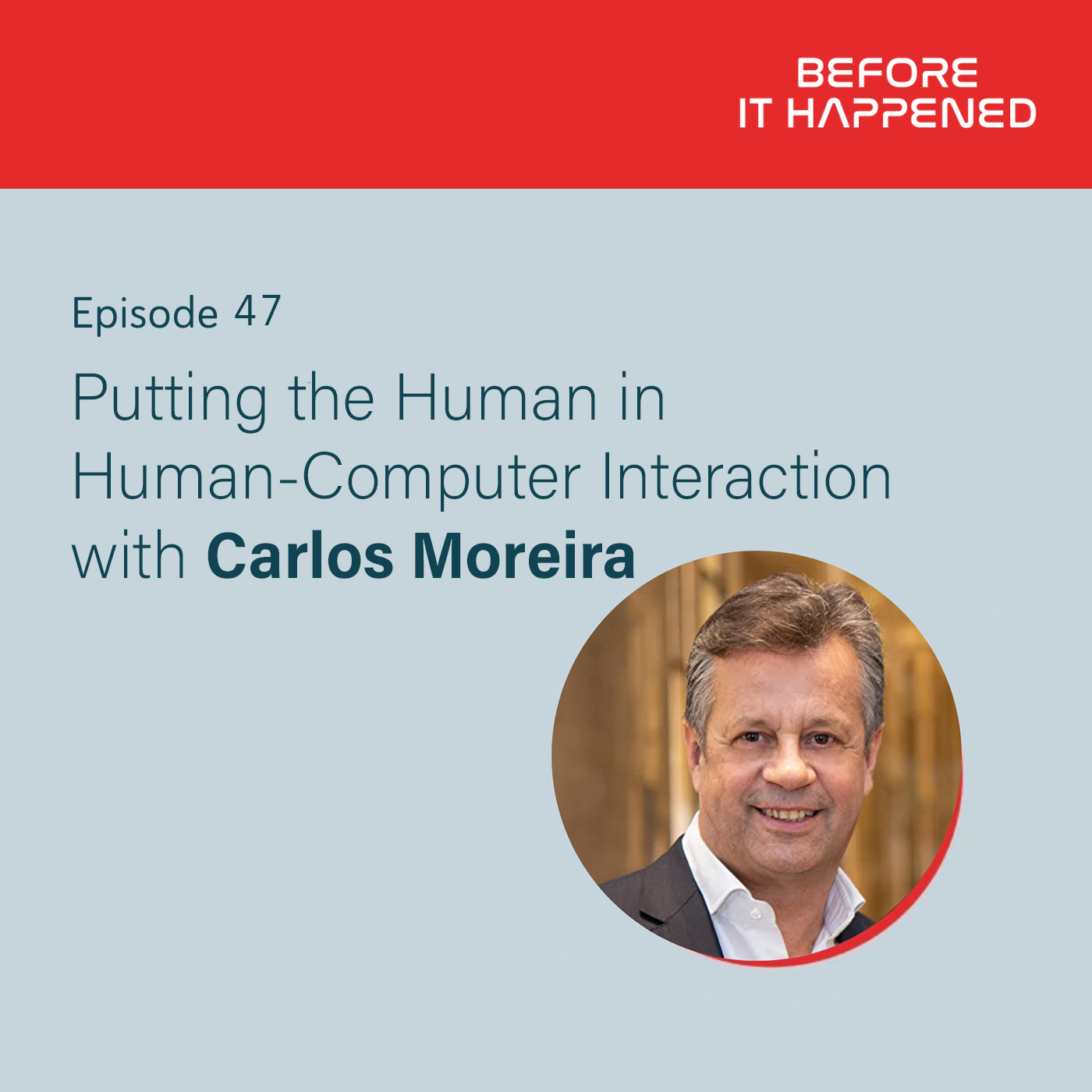 Advancements in technology that accelerate change also bring risk. In this episode, I have an enlightening conversation with Carlos Moreira, founder of WISeKey and co-author of the book The TransHuman Code.

Carlos has worked to ensure that in our relationship with technology, humans come out ahead. We talk about how we can create a human-centric society where humans are in control, and where humans are protecting themselves. He shares his transformation path working with the UN since the 80s, connecting developing countries and coming up with new digital identity protocols. We also talk about Web3 and the metaverse where ownership of data and protection of our digital assets is more important than ever before.

(09:24) - The urge for decentralization and human involvement in tech development - “We excluded six billion people—six billion minds that could have contributed to that discussion if they had the possibility and the tools to do so.”

(14:05) - Carlos’ first steps as an entrepreneur, Web3 and a new approach to identity protection - “The web 2.0 was designed around converting humans into consumers. We are not only consuming. We are humans. We have human interaction. Let's not only judge by your capacity of consumption.”

(18:19) - The seven pillars of the TransHuman code and how they fit into the Metaverse - “If I invent a new medicine and the FAA does not grant approval because they have to certify that that medicine is not dangerous for consumers, I will not be able to sell my medicine. That's not happening with technology.”

(28:08) - The power of blockchain according to Carlos - “You cannot have a metaverse if you don't have a very strong blockchain strategy in your company. Companies that have announced a Metaverse connected to a centralized system, they’re just confusing the public. Because the metaverse will just accelerate the issues of centralizing data.”

(32:32) - Why trust will be the main topic of the World Economic Forum at Davos - “If you make a lot of money, move away from converting humans into consumers. Maybe you're going to have your shares down for a while, but once humans learn that your company is protecting them, then they're going to invest in you.”

(37:01) - How younger generations will approach the future’s challenges - “The young generation doesn't need to own things anymore. They don't mind showing things on the metaverse, and because they can prove that ownership in the same way you would prove ownership of a physical object, they are more sustainability oriented.”

Learn more about the Transhuman Code and WISeKey

Listen to Before IT Happened’s: Getting a Blackbelt in Blockchain With Medha Parlikar

Listen to Before IT Happened’s: Tracing our Food Supply on the Blockchain with Niamh O'Connell

Before IT Happened is produced by Donna Loughlin and StudioPod Media with additional editing and sound design by nodalab. The Executive Producer is Katie Sunku Wood and all episodes are written by Susanna Camp. The show coordinator is Nicole Genova.